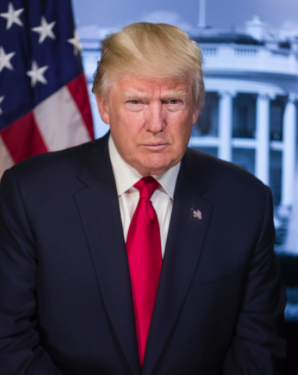 President Donald Trump on Thursday morning once again dismissed the Russia investigation as a “phony story” and blasted federal investigators as “bad and conflicted people” after a report said special counsel Robert Mueller is examining whether the president attempted to obstruct justice.

Trump has repeatedly lambasted the Russia probe as a “witch hunt,” using the phrase in at least eight tweets since March.

Those who have agreed to be interviewed include Dan Coats, director of national intelligence; Mike Rogers, chief of the National Security Agency; and Richard Ledgett, who recently left his post as deputy to Rogers.

Mark Corallo, a spokesman for Trump’s personal lawyer, Marc Kasowitz, criticized the Post report: “The FBI leak of information regarding the president is outrageous, inexcusable and illegal.”

The report in the Post cited anonymous sources who had been briefed on requests made by Mueller’s investigators. It was not known whether the FBI was the source of the information in the report.

At the end of an executive order signing Thursday afternoon, Trump ignored shouted questions about whether he was under investigation.

Former FBI head James Comey, who testified under oath before Congress last week, said he had told the president on multiple occasions that he personally was not under investigation during the probe of Russian meddling in the 2016 presidential election. Comey, however, would not say that publicly, citing the fact that the investigation was ongoing.

The situation changed, the Post reported, after Trump fired Comey. Days after the FBI chief was ousted, Trump told NBC News’ Lester Holt that the Russia probe played a role in his explosive decision to dismiss him. At his hearing last week, Comey testified that he believed he was fired on May 9 “because of the Russia investigation.”

At a Senate Intelligence Committee hearing last week, Coats and Rogers refused to say whether Trump asked them to intervene in the investigation, which is also examining whether the Trump campaign team colluded with Russia during last year’s presidential campaign.

Refugees, Immigration and the Agenda to Erase America

Bill Whittle: Is America the "Murder Capitol of Planet Earth"?