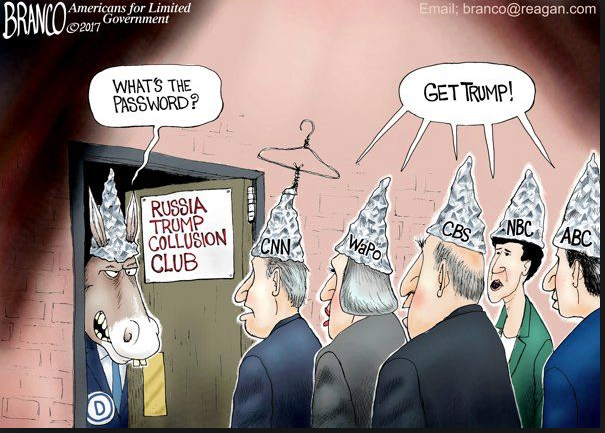 (From Editor to Media:  The following is something called “satire”.  We feel the need to state this upfront since you base all your news reports on rumors and innuendo…)

Representative Adam Schiff (D–Glendale CA), Ranking Democrat on the House Intelligence Committee has found proof of collusion between candidate Donald Trump and Vladimir Putin. According to “sources” this is the actual transcript from Trump wiretaps in 2016:

DT: Hello, Vladimir, my pal.
VP: Hello, my good friend Donald. What is up?
DT: Did you get my message asking you to find Hillary Clinton’s missing 33,000 emails?
VP: Of course, Donald. Whole world got your message.
DT: Did you look for the emails?
VP: No. We had them already.
DT: You had already hacked into her server?
VP: No, no. We bought her emails from China. Ha, ha.
DT: What is in them?
VP: Everything…but no yoga, no Chelsea wedding, no Momma’s funeral. Just usual classified
secrets. Nuclear programs. Troop deployment. CIA operatives. Just pages of secrets..
So how can I help you, my comrade?
DT: Well, Vladimir, it looks like Hillary is going to win.
VP: Yes. By blowout.
DT: That’s the thing. I want to win, and I need your help.
VP: How?
DT: Call her. Do you still have that cute red reset button? She’ll listen to you.
VP: What should I tell her?
DT: Tell her to get some rest. That she doesn’t need to campaign in Wisconsin, Michigan,
Ohio, Pennsylvania, North Carolina or Florida.
VP: That is all?
DT: Oh, no. I need election hacking. You know, voting machines, paper ballots and all that.
In those six states.
VP: I will take care of it. It will be fun. You need California? We still have KGB connections
in California.
DT: No thank you. That should do it. I’ll win big. Huge.
VP: Should I poison her?
DT: No, no, no. Not necessary. It looks like she might drop dead at any time anyway. Don’t
help.
VP: So that is it?
DT: Absolutely. If you’re in Washington next year, stop in and see me. I’ll be at 1600
Pennsylvania Avenue.
VP: OK. Dasvidanya, Donald.
DT: Goodbye, Vladimir. Bring your golf clubs. We’ll fly to Mar-a-Lago. You’ll like Air Force
One.

This is explosive. Articles of Impeachment are already being drafted by the intellectual wing of Democratic leadership in the House of Representatives, led by Adam Schiff and Maxine Waters. Slam dunk.

Basil Hoffman is an American character actor, best known for his work, often in classic films, with distinguished film directors including Peter Bogdanovich, Mario Monicelli, Richard Benjamin, Carl Reiner, Peter Medak (five times) and Alan J. Pakula (twice); Academy Award winners Ethan and Joel Coen, Paolo Sorrentino, Michel Hazanavicius, Steven Spielberg, Delbert Mann, Blake Edwards, Stanley Donen, Sydney Pollack, Ron Howard and Robert Redford (twice); and many others. He appeared in two Best Picture Academy Award winners: Ordinary People and The Artist. He has worked with fourteen Oscar winning actors: Sophia Loren in Lady Liberty, Gene Hackman and Liza Minnelli in Lucky Lady, Dustin Hoffman and Martin Balsam in All the President's Men, Jason Robards in All the President's Men and Comes a Horseman, Richard Dreyfuss in Close Encounters of the Third Kind, Christopher Plummer in "The Moneychangers", Mary Steenburgen in Pontiac Moon, Jane Fonda in The Electric Horseman and Comes a Horseman, Christopher Walken in Communion and The Milagro Beanfield War, Renee Zellweger in Down With Love, J.K. Simmons in 3 Geezers! and Jean Dujardin in The Artist. He also appeared with Oscar winners Philip Seymour Hoffman in Culture and Timothy Hutton in Ordinary People, but shared no scenes with them. He worked with two Oscar winning actors in films for which they won the award, Jason Robards in All the President's Men and Jean Dujardin in The Artist. He is one of only two actors who has worked four times with actor/director Robert Redford, twice with Redford as an actor and twice with Redford as the director. Jane Fonda is the only other actor who has worked four times with Robert Redford, with Redford as an actor but never as the director. When he arrived in Hollywood in 1974, no movie/TV agent would represent him. In 1978 after appearing in six major studio pictures for distinguished directors including two future Oscar winners (and three films for directors who were nominated but didn't win), he was invited to join the Academy of Motion Picture Arts and Sciences. Four years later, director Ron Howard cast him in Night Shift. It was the first feature in which he was hired from an audition. He has worked with five Academy Award winning directors for whom he had never auditioned. In 2008 he served in Beirut as U.S. State Department Cultural Envoy to Lebanon. He is also the author of the acting textbooks, "Cold Reading and How to Be Good at It" and“Acting and How to Be Good at It" (and The Second Edition) with a foreword by Sydney Pollack.

Seriously, I Have Shingles? What's Next, Bubonic Plague?