If there’s one thing we can all agree on, it’s that the environment is important. I don’t think there’s anyone in the United States (or by extension, the world) who would disagree with that essential statement. Clean air, clean water, and vibrant flora and fauna are necessary for us to survive and continue to thrive; there’s simply no getting around that. Calling someone an “environmentalist” is at best a misnomer – at worst, it’s flagrantly unfair, as it implies that anyone else isn’t concerned with the environment. That’s simply wrong.

I think our differences, which are fewer on this issue than many people seem to wish to believe, come into play when we talk about how best to care for our environment, and how to balance that stewardship (which, I’d like to point out, many conservatives take as a spiritual imperative) with the ongoing needs of our nation.

Recently, President Donald Trump announced his decision to withdraw the United States from the Paris climate 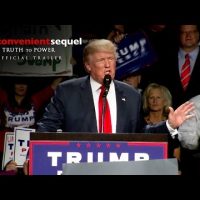 accord, a multi-national environmental initiative designed to combat global warming. The ink wasn’t dry on his order before the predictable outcry (which some, I admit, seem to have perpetually locked and loaded for just about anything this president says or does) came from the political left, accusing the President of having contempt for the environment and not caring about its imminent destruction. Liberal media were quick to highlight businesses that publicly disagreed with the move – while remaining curiously silent about those that backed the administration’s play. Basically, it’s the same refrain we’ve heard for years now: Trump is blind and deaf to the fact that the planet is dying, and his monstrous apathy will surely destroy us all.

I really think these people would do well to stow the theatrics, be a little less hysterical, and join the rest of us in looking calmly and rationally at the deal Trump canceled. For starters, let’s get one detail straight: we are not, as of now, “out” of the Paris accord. While some have suggested that the US is under no obligation to honor the treaty at all because it was never actually ratified by Congress, the administration has made clear that we will be playing by its rules and exiting over a four-year period. The deal is still in effect for this nation until the year 2020, after which point we will be out.

Next, let’s talk about how egregiously unfair the Paris accord is to the United States – because it’s not like it treats all signatories equally. No, it instead calls for drastic reductions in carbon emissions from the US and other Western nations, while leaving China and India exempt from such requirements. In fact, those nations – two of the most populous on Earth, with massive developing industrial sectors – are promised billions of dollars’ worth of foreign aid from other countries as a condition of their participation. The United States, of course, is among those slated to pay, while being required to damage its own industrial economy while rivals get to strengthen theirs. Under the deal, China and India are permitted to double – double! – their production of coal, while we’re asked to curb ours. Even  if we put aside the blatant inequity of that arrangement, I’d sure like someone to explain to me how it benefits the environment to have one nation of some 350 million people modestly draw back its use of coal, while two countries with over 2 billion people between them massively ramp up their own. Are we out to combat climate change, or transfer industrial might from the United States to the developing world?

Finally, President Trump has no intention of abandoning environmental protection. He simply wishes to explore other avenues of accomplishing it, without making American taxpayers subsidize foreign nations and without sacrificing the jobs and production power that the Paris accord would rob us of. The Paris climate accord was more advantageous to other countries. By the US continuing with the agreement will only mean disadvantaging the U.S. economy and will not be able to compete fairly with other countries.

I wonder how many other countries will follow President Trump. How many other nations will also race for the exits after this news?

GE – CEO “Climate change is real. Industry must now lead and not depend on government.”

My comment exactly: “Our success is freedom from government interference, low taxes, strict limits on regulations that impede people from performing at their best.”

The environment is important, yes – so important that I don’t think it should be used as cover for hobbling the United States!

Are Public Threats and "Wishes/Hopes" of Death of a President Prosecutable?