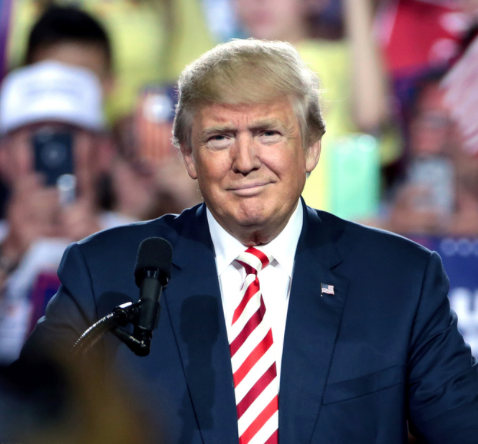 It is astonishing how many adages, proverbs and mottoes, tenets of philosophy, can be adopted and maimed by politics to achieve some “noble” abstract ends. Take the “citizen of the world,” which goes back to Socrates and Plato, to the ancient ideal of a “philosopher-king” – how the carefully crafted propaganda of the left grasped this elevated term and took it by the lapels with a wrestling grip and brought it to the ground to profess and propagate it as an ideal of “open borders” and “borderless world.” To them, Platonic ideals are no more than jingle to a prostitute!

One might argue that today, we live in a Humpty-Dumpty world, in which words mean what we chose them to mean; but has not this always been so? Has not there always been the tug-of-war between conventional speech and “common talk?” We see that today in the speech of our President, Donald J. Trump, who is plain-spoken, sharp and exact, as if each word was a brick in the wall of a towering new building, or, rather, a steel beam in his new Tower.

On the other hand, there are the philosophers of language and politicians who keep parsing meanings and forgetting that the ancient Aristophanes’ “By words the mind is winged” cannot be interpreted as “We teach to speak to build castles in the air” – why? Simply because we cannot live as abstractions in the air. We cannot live on air – and there is a lot of empty air when the parsifiers of our tongue take to action.

So they take a noble idea, such as that of a “philosopher king” and pervert it to their ends. By philosopher-king, Socrates meant simply that a “philo-sopher” or lover of wisdom should rule over people, because only a wise man can be selfless and virtuous. It did not mean that we should be listening to long-winded philosophical/philological speeches from our leaders; nor did it mean “Every Man a King” – the motto connected with Louisiana’s Governor and United States Senator Huey Pierce Long, Jr., who adopted it as his political slogan, and transformed it to the catch-phrase “Share Our Wealth,” a political proposal during the Great Depression.

Language has a tendency to like itself. “Castles in the air” is a beautiful notion, akin to blossoming trees and blooming gardens, smell of Jasmine in the air and sunshine everywhere. While we are admiring the beauty, the Left will take it by the scruff of the neck, throw it in the corner and bring it down again into the ring of capitalist competition. The “fair wage for a fair day’s work” (the original motto of US labor unions) has changed into “$15 minimum wage for all” – which, in the ring of capitalist competition, will inevitably result in $0 wage for ½ and more work for the other half. That is where language beauty ends and reality begins.

That is why we love our President – he has a way with words. He does not put a lipstick on a pig, he does not twist words to make us feel better, and he never says what he does not mean – what he means serves a purpose in the world of builders, creators, the world of our capitalist reality – not some impalpable communist fantasy! His English is simple, his clauses curt, and expression taciturn. The beauty of the English language lies precisely in its simplicity, in its subject-verb-object formula, which transcends all political palaver. It would behoove most of the mainstream media journalists to read some Hemingway and watch an old movie here and there, such as Teacher’s Pet. The grit of the Nation lies in the pride and pragmatism with which it masters its language, not in the spineless pretzel-twisting of words and phrases in order to accommodate our Law of the Land, our Constitution, to some foreign prejudices and un-American traditions.

Daniel Greenfield: The Plot Against Democracy