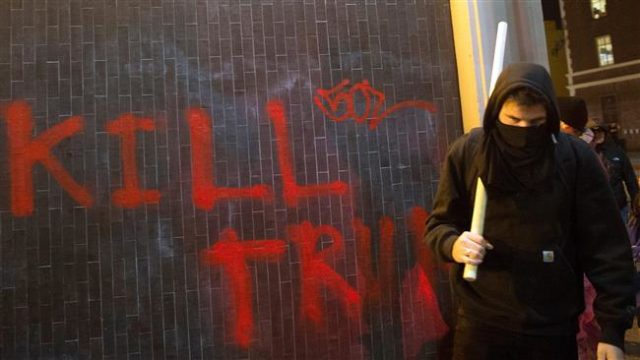 The Daily Caller has published a list of some of the attacks on Conservatives beginning in 2016.  Authors Dave Brooks and Benjamin Decatur show graphs and list a timeline of some of the incidents.  It is by no means complete.  When you look at the anger and violence listed you can’t help but acknowledge the fact that the left and the “new Democrat party” is following the playbook of Saul Alinsky – “Rules for Radicals” and the disturbing pamphlet called “The Coming Insurrection”.

It would be wise for Conservatives and Republicans to educate themselves on what the true radical leftist agenda is.  When they lose power and control they resort to violence and revolution to regain it.  Don’t be fooled, 48 hours of a “coming together in a bi-partisan spirit” is only a ruse.  It is only a pause in a forward moving march.

Next Phase of Democrat Town Hall Craziness: Send In the Pagans