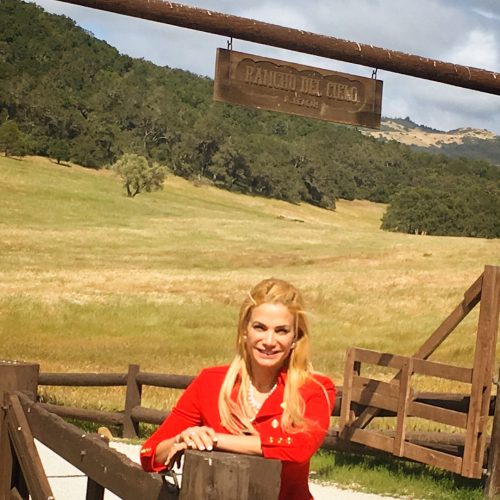 Martha Boneta, a genuine “lioness of freedom,” is the Virginia farmer who is widely celebrated for courageously standing up for her property rights in the face of overwhelming odds.

Martha grew up in Mount Vernon, Virginia. She attended George Mason University for both her undergraduate and law degree, later studying Alternative Dispute Resolution at the prestigious Strauss Institute of Pepperdine University. After school, Martha worked in government relations at ICS, then became a strategic account executive at Reed Elsevier.

Martha’s dream since she was a young child was to own and operate her own farm, and her American dream became a reality when she purchased Liberty Farm.

However, it didn’t take long before a web of connected groups and individuals threatened to put her small, organic farm out of business. Using agencies ranging from the Virginia Department of Transportation to Animal Control, these groups subjected Martha to many abusive inspections.

Yet, Martha never gave up on her dream.  She not only fought these groups and won, but she also worked to ensure that other small farmers in Virginia would never experience what she had. In fact, her activism led to the passage of the Boneta Bill I and II, which limited government’s ability to overregulate small farmers, allowed farmers to engage in on-farm activity to attract customers, and provided consumers better access to locally produced farm goods. 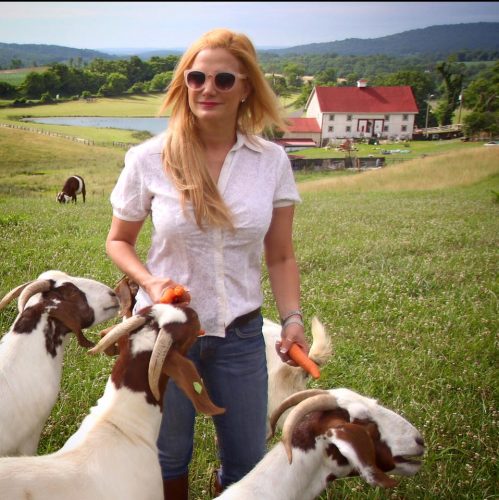 So, it comes as a no surprise that Martha Boneta would not only be awarded The Leadership Institute’s ” Conservative Leader Award,” but that she would also be appointed as Executive Vice President of Citizens for the Republic (CFTR), a Conservative grassroots lobbying organization founded by legendary former President Ronald Reagan.

Reagan created CFTR in 1977 to promote his vision of America, a vision of freedom and prosperity.

The organization was officially relaunched in 2010 by a group of staunch Reagan followers.  Now, CFTR’s Board of Directors has chosen Martha to run the group’s day-to-day operations, including spearheading innovative policy initiatives designed to enhance personal freedom and foster prosperity for all.

PC: Your appointment as Executive Vice President to Citizens for the Republic is considered to be a historic appointment.  What do you hope to accomplish in your new role with this Conservative grassroots organization? What are some of your goals?

MB: The goal is to extend conservatism in American political thought while fighting corruption, much as Reagan’s was In 1977.

I am grateful for the opportunity to continue President Reagan’s legacy. My goal is to make CFTR a powerhouse of initiatives that will do honor to this remarkable man by advocating, educating and advancing conservatism values across our great nation.

I am also excited about launching educational grassroots opportunities. Some of my other personal goals include having a strong presence in every state across our beloved country and supporting candidates that represent Reagan’s vision for America.

It is a tremendous honor for me to be a part of CFTR’s exceptional team. To have the opportunity to work some of the greatest conservative leaders of our time is a blessing.

PC: You are known for standing up for property rights in the state of Virginia. In what ways did you fight in order to save your own farm?

My family suffered a decade of horrendous government over regulation and abuse of power from an environmental group together with local county government. It was my lifelong dream to be a family farmer. It was devastating for my family and me to experience how hopes and dreams are crushed by corruption and over regulation. I didn’t want any one else to suffer the heartbreak my family did or to lose faith in the American Dream. Together with friends and family we formed coalitions and built a statewide network of supporters that ultimately created a tsunami of grass roots activists rallying the General Assembly to change the law and we ultimately were successful in changing the law to protect farmers, property rights and agricultural businesses. Thousands of citizens signed petitions, wrote letters, made phone calls and had rallies across our Commonwealth. 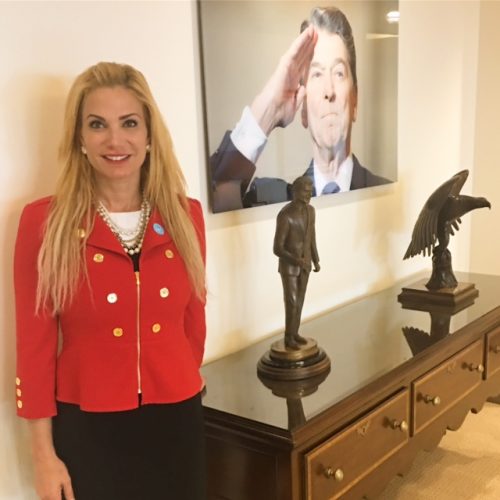 PC: You rose to national prominence in 2014 when legislation strengthening farmers’ rights was named after you, called the “Boneta Bill.” Can you tell our readers more about this legislation, and how it helped farmers in Virginia?

MB: The bills protect customary activities at agricultural operations from local bans in the absence of substantial impacts on the public welfare. The bills also require a basis in health, safety, or public welfare for a local ordinance that restricts a list of activities, including the conduct of agritourism activities, the sale of agricultural or silvicultural products or related items, the preparation or sale of foods that otherwise comply with state law, and other customary activities. Localities are prohibited from subjecting those listed activities to a special-use permit requirement.

The bill means that farmers don’t have to farm in fear. At least with regard to localities not being able to pick winners and losers by targeting on behalf of special interests that want your land.

PC: You were also recently featured in a documentary called, “Farming in Fear.” What was the story behind the documentary?

MB: My story made national news and was in the media often. So many hard working farmers and hard working Americans across the nation were outraged by the abuse of power. Many had experienced the hardship and heartbreak of having their dreams destroyed because of overly burdensome government red tape. The producer wanted to inspire Americans to not give up on their dreams when government and special interest groups interfere with being entrepreneurial.
Since the documentary was released it continues to be screened at universities and with organizations across the nation. FIF also received the acclaimed People’s Choice Award by Anthem.
There isn’t a week that goes by that I don’t hear from someone in our great nation calling to say how inspired they are after viewing FIF. 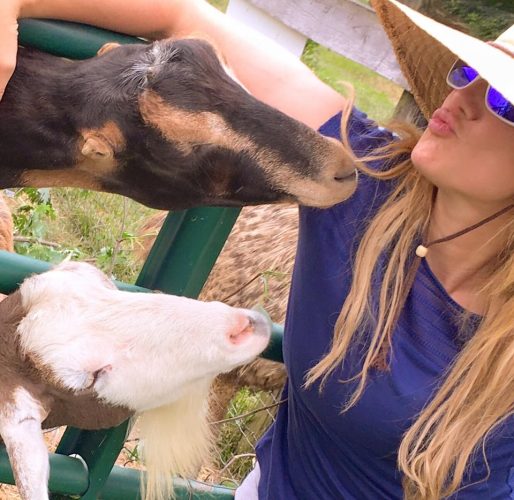 PC: What else would you like our PolitiChicks readers to know about you?

MB: As Ronald Reagan said ” America’s first duty is to protect the people, not run their lives” It is my hope and prayer that my story will inspire others to fight for freedom to keep the American Dream alive!