I can’t think of a better way to show of your education than to walk out on a person who represents opposing views. That’s what happened a few weeks ago at Norte Dame when dozens of students walked out on Mike Pence during his commencement address. Makes perfect sense, right? You have spent 4 years getting a degree, which means you have a far more enlightened, comprehensive, and accurate view of the world than the Vice-President of the most powerful nation on Earth. Where does Pence get off delivering a commencement speech at a University in his home state? He wasn’t cleared by the P.C. police. Quick–call a left-wing comedian to take his place! These students are graduating, they need to be entertained. Who cares about having a dignified graduation? These poor folks have already had to think enough. Time to relax.

In all seriousness, how can you call yourself ‘open-minded’ and ‘accepting’ when you show such disrespect to Trump’s VP just as he calls your institution “a vanguard of freedom of expression and the free exchange of ideas”? I suppose they accomplished one goal. They did prove Pence is somewhat misinformed about Norte Dame (or to be fair, the graduates that walked out, the overwhelming majority stayed) but not in a good way. On the other hand, though, the walk-outs provided instantaneous proof as to Pence’s observations about free speech.

It’s hard to hear the truth, but Pence was absolutely right (in regards to higher education) by observing: “…far too many campuses across America have become characterized by speech codes, safe zones, tone policing, administration-sanctioned political correctness — all of which amounts to nothing less than suppression of the freedom of speech…these all-too-common practices are destructive of learning and the pursuit of knowledge, and they are wholly outside the American tradition.”

The students who walked out on Pence believe their actions represent resistance to foolish and reckless ideas. This behavior is encouraged by many. Expressing support for Trump on a college campus will get you a worse response than going to Fenway Park decked out in New York Yankees apparel. You will be derided as an idiot for supporting Trump because he doesn’t adhere to the rules. It’s ok if you criticize and bad-mouth him, but don’t dare compliment him. It isn’t allowed because he offends too many people.

Political issues have a way of evoking strong emotions in people. It will always be that way. However, the presence of the internet and other mass communication outlets add an extra layer of complexity and divisiveness to political discourse. It raises many disturbing questions. Just who defines what is or isn’t acceptable and why should I subordinate my own definition of acceptability to them? Why should anyone be an outcast for rejecting the mass media’s version of the truth? Is it wrong for me to think for myself? What’s the point of getting an education if I’m simply going to do as I’m told? How are colleges and universities supposed to produce the leaders of tomorrow if those institutions only present students with a single point of view?

Even if you don’t like the Office holder, you should respect the Office. Don’t confuse Mike Pence the man, with Mike Pence, Vice-President (though I respect both). The Vice-President honors your school by agreeing to deliver the commencement address. You don’t disgrace your school by walking out on him just because influential liberal groups tell you it is the right thing to do. Graduation should mark a transition from carefree student to responsible and mature member of society. A society where people have more freedom than anywhere else in the world. Doesn’t it ever occur to protestors that here is a line between opposing policies and ideas and opposing what America stands for in the first place? Is it American to believe people with opposing views have no right to speak? 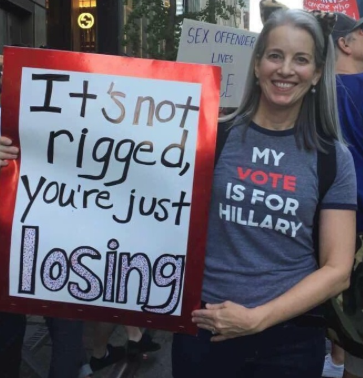 Many people who blindly follow leftist ideology have never reasoned out their own arguments. It’s difficult to reconcile their support for the LGBT community while also supporting bringing in more Syrian refugees. Syria and other Muslim countries have terrible records in regards to treatment of LGBT persons. They also fear that Trump’s actions will unnecessarily anger Muslim extremists and make them hate us even more, yet these same extremists have repeatedly targeted London for terrorists acts despite the fact they are the first major European city to elect a Muslim mayor. ISIS is even willing to carry out terrorist acts in Iran. What could the U.S. possibly do to cultivate friendly relations with them? Do they really think you can placate extremists?

Support for illegal immigrants also makes no sense because if you are here illegally you are committing an illegal act. If you commit and illegal act, what sense does it make to legitimize it simply because you haven’t been caught. How does one acquire rights such as the right to vote if they didn’t follow proper immigration procedures? Do we really want people coming and going into and out of the United States as they please? How does that not pose a safety risk? 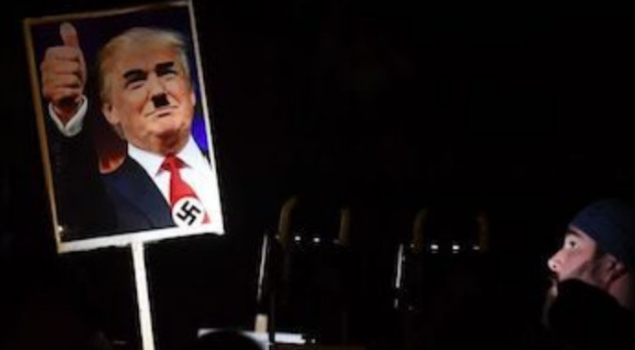 The left is a living, breathing set of contradictions. However, if you don’t agree with them, it is you who are stupid. Not them. They aren’t required to explain their logic and they give you no credit for having any logic because if you were smart, you would already be in agreement with them. At the same time, you have people associated with higher education, people with Ph.D.s in Political Science, History, and Economics who use leftist ideology. I’m supposed to believe them despite the fact they never saw Trump winning the election, are willing compare him to Hitler, and incorrectly predicted a bad economy under Trump. If you take a close look at the internet, you are bombarded by tons of ‘experts’ who constantly foresee doom under Trump using logic that doesn’t hold up to even the most basic of scrutiny. Are we always presented with multiple sides to every argument? I find it suspicious only those with leftist views get any attention. Therefore, I think it’s reasonable to assume those who refute climate change issues are ignored.

Their hatred of Trump is equated with righteousness, so much so, that it’s ok to have a billboard of Trump alongside dollar signs that look like swastikas (not to mention nuclear explosions). At the same time, statues honoring leaders of the Confederacy are to be removed and the Confederate flag is not to be displayed. I have heard sensible arguments in regards to this. The leaders of the Confederacy were traitors to the United States and thus don’t deserve statues. Ok. The Confederate flag is offensive to African Americans. No problem. Makes perfect sense for African Americans to hate that flag and I’d understand why they would question my friendship and sincerity if I flew it. Therefore, please explain to me how swastikas aren’t supposed to be offensive to Jewish people? It’s ok to use hate symbols as long as it makes Trump look bad? What kind of sense does that make? I know I don’t have all the answers, but if this is what they call “smart” then I’m glad the left thinks I’m stupid.