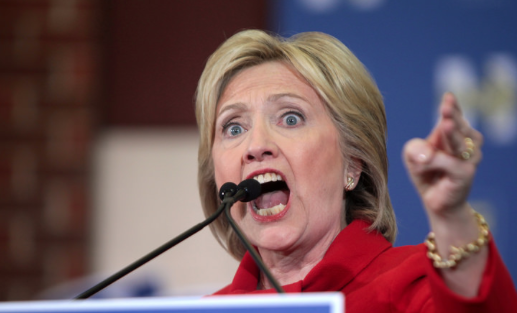 Freedom has to be vigilantly guarded. Complacency is the enemy of a free society…and sometimes it can be the least likely person who reminds us of our freedoms. Thank God for such people because those who oppose freedom never see them coming.

Donald Trump’s campaign for President exposed the extent to which an unwritten status quo had been established. It is rooted in leftist ideology, most notably political correctness. It is a set of beliefs embraced by mainstream media, business leaders, elected leaders, government officials and countless others. Anyone who questions this established philosophy is immediately attacked, ‘discredited’, and deemed ‘deplorable.’Trump stirred up a hornet’s nest of epic proportions and was thus deemed a fascist, a radical, etc…but how about his accusers? The guilty often defend themselves by accusing their opponents of the crimes for which they themselves practice and commit. The harsher the attack on their opponent the greater the crime(s) they are hiding

I didn’t realize until her commencement address at Wellesley College that Hillary Clinton had a sense of humor. In comments directed towards Trump she said: “When people in power invent their own facts and attack those who question them, it can mark the beginning of the end of a free society. That is not hyperbole, it is what authoritarian regimes throughout history have done.” She got applause, but should have received uproarious laughter. That’s a good one Hillary! The Clintons making up their own facts and the media being ok with people who question that version of the ‘truth?’ Sure.

Tell someone you are a Trump supporter and see what happens…especially if you are in entertainment or other media: Your career is threatened and/or ruined. Sean Hannity and Tim Allen can testify to that. To comprehend the enormity of the situation consider this: Have you ever heard of an election where it’s deemed perfectly acceptable to demean the winner with near religious fervor yet face harsh judgment for bad-mouthing the loser??? I’m horrified to think what would have happened had Hillary Clinton won. Given the power she has in defeat I am terrified the power she would have had in victory.

Clinton decrying Trump’s Presidency as ‘authoritarian’ would be akin to a serial bank robber identifying a jaywalker as society’s greatest menace. If anyone represents authoritarian notions, it’s Clinton, not Trump.

I do not hold press credentials but I believe I’m just as qualified as all the bogus ‘fact checkers’ out there. According to Brittanica, authoritarianism consists of the following:

Let us not forget that a concept closely associated with authoritarian regimes is the usage of propaganda:

‘In an ideal democracy, everyone would be free to make propaganda and free to oppose propaganda habitually through peaceful counter-propaganda. The democratic ideal assumes that, if a variety of propagandists are free to compete continuously and publicly, the ideas best for society will win out in the long run.’

So who is the real authoritarian? Acting under the assumption two such regimes cannot exist in the same country, all I need to do is apply the definition to Hillary and the DNC machine.

First, we have the ‘thought police’ who tell us what is and isn’t acceptable to think or say. Defy them and at the very least you are labeled intolerant. Hillary or any other top Democrat is hardly likely to run afoul of these ‘police.’ She’s never been cited for any offense. Second, under Obama the middle class shrunk and the elite became more powerful. Hillary never criticized this because she’s part of the elite! Third, the Clintons were bought and paid for by large corporations and even entire countries. You don’t make over $100 million giving speeches to private corporations and foreign interests and raise billions through your charitable foundation without owing favors to such benefactors. Nobody elects these people, but they would have exercised tremendous power through Hillary. Further, it would be impossible to accuse the Clintons of having respect for ANY body of law. Fourth, ask yourself this: Which group would Hillary treat respectfully and which group would she treat harshly? A group of people demanding churches perform same-sex marriages or a group of people who don’t want the government forcing them to violate their own religious doctrines?

I’m pretty sure no dictator or authoritarian regime has ever been ok with independent media questioning their actions. What would happen though if you were in mainstream media and actually criticized Hillary? You would be fired. Does anyone actually think Trump controls the media and suppresses equal discussion of opposing ideas? The mainstream media has encouraged non-sensical Trump protests. What kind of authoritarian leader let’s that kind of thing go unpunished?

Trump isn’t authoritarian as he doesn’t control the mainstream media nor does he use his power to violently quash protests and other opposition. He has attempted to institute travel bans to protect us, but I haven’t seen him execute the judges who invariably overturn such Executive Orders. He also took his message to the common people during the campaign…Clinton didn’t. Trump has not instituted a dictatorship nor is he about to endorse the cancellation of free elections or institute mass genocide. What he has done is given opposing ideas a voice.

Nonie Darwish: How the Left Acts Like Islamic Tyrants

"This is for Allah": London Under Multiple Islamic Terrorist Attacks