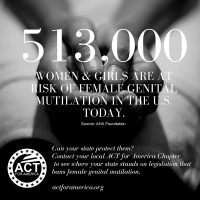 More and more than ever before, it seems, we’re reminded of the importance of “tolerance” for the ways of others, especially as it relates to religious practice. Different people within America may well come from different cultures, we’re told, and we must not be judgmental about the ways in which they choose to practice their faith. And you know what? That’s not only a valid philosophy, but a very enlightened one. From a Christian perspective in general – and a Catholic one in particular – I can imagine that people of various mindsets might find it strange to derive spiritual fulfillment from eating a piece of bread and drinking a sip of wine. But I would be very upset, and rightly so, if anyone ever tried to pass laws stopping me from doing that. 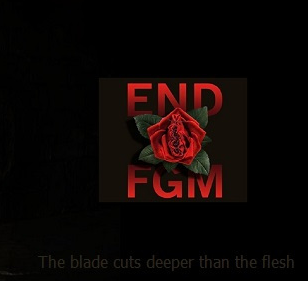 There’s a limit to religious (and all other) tolerance until precisely the moment when someone starts getting hurt.

No one has a right to “freely” practice their faith in a way that injures other people. Unfortunately, that is precisely what is being done in many parts of our own country, when the abhorrent practice of female genital mutilation is carried out. This is the custom of violently removing a young girl’s clitoris, for the express purpose of curbing her libido and virtually destroying her ability to enjoy sex later in her life. Many thousands of little girls and young women have been subjected to an agonizing rite of passage that involves cutting their genitals for centuries in parts of Asia, Africa and the Middle East. Muslims in particular (for it certainly not all of them who do this to their female children) hold to this barbarism as an article of faith, as they believe it causes women to behave more in line with their Islamic ideal: undistracted by their own desires, and devoting themselves fully to serving and sating the needs of their husband.

However one should to be careful about calling this a “religious” practice, since its proponents will only describe it that way when the mood strikes them. When they fear casting Islam in a negative light by pointing out that Muslims do this, they’re apt to point out (correctly) that female genital mutilation is an ancient custom originating in Africa prior to the advent of Islam. Of course, when they want to hide behind the American tradition of religious freedom so they can continue actually doing this, suddenly taking a knife between a little girl’s legs is a cherished and dear tenet of the Muslim faith.

Female genital mutilation is a cruel, barbaric practice. As a consequence of removing the clitoris, the wounded area is left susceptible to potentially lethal infections. Pain can persist for years – sometimes even a lifetime – after the “surgery”, making urination and even defecation agonizing. And as if deliberately causing a girl to be unable to enjoy sex weren’t enough, the scar tissue from her lost organ can make intercourse a downright grueling and punishing experience for her.

You’d think something like this would be illegal in the United States of America, and you’d be right – but only in 24 of the nation’s 50 states.

Throughout the rest of the U.S., radical Muslims – despite being an insignificant minority of the total population – have managed to keep legal sanctions off the books. That means that in over half of our country, there is nothing stopping parents from doing this to their little girls.

There’s hope in that a Detroit case being brought against parents who support this practice seems likely to go all the way to the U.S. Supreme Court. If and when this happens, the question will be put for the first time to our ultimate judicial body of whether it is permissible to inflict harm on a child in the name of religious “freedom”.

Lawyers plan to claim genital cutting is allowed as a religious right. The First Amendment doesn’t bend that far and the law seems clear: Cutting any part of a young girl’s genitalia is illegal — and no custom or ritual can be used to justify it. The law has been on the books for 21 years, unchallenged.

But in a federal courtroom in Detroit, a landmark case involving the centuries-old taboo ritual is about to put that law to the test for the first time in our history the question will be:  Does the U.S. Constitution allow for genital cutting in the name of religion?

Courts have consistently held in the past that this right is not absolute, and must be interpreted through the lens of certain state interests. The government cannot – and should not – restrict religious practice overzealously, but when it comes to protecting the health and safety of little girls (a compelling state interest if ever there was one!), I should think their duty seems clear. Honestly, I can’t imagine why in 2017 we must even have this debate, but since obviously we do, let’s hope that the side of common sense prevails. I have faith that it will.

Jewish people believe that they shouldn’t eat pork. Hindus celebrate the spiritually cleansing power of bathing in the river Ganges. And observant practitioners of the Buddhist faith adhere to a strict vegetarian diet. There’s nothing wrong with any of that, because no child is getting maimed and mutilated. But violently attacking a young little girl in an inhumane and agonizing way, with the single goal of taking the pleasure of sex away from her, is no one’s religious right.

According to the Detroit Free Press, June 7th 2017, “Dr. Fakhruddin Attar, 53, of Farmington Hills who is accused of letting another doctor use his Livonia clinic to carry out genital cutting procedures. In the statement to the Free Press Attar’s lawyer, Mary Chartier, “I think he is thrilled,” Chartier said of her client, Dr. Attar. “He is anxious to fight this case and clear his name.” That physician is Dr. Jumana Nagarwala, 44, of Livonia, a former emergency room physician at Henry Ford. The third defendant is Attar’s wife, Farida Attar, 50, who is accused of holding the hands of at least two victims during the cutting procedures to comfort them.”

This is evil. It is a crime against little girls in the United States and it needs to be stamped out wherever it is practiced.