The core strategic problem we face is two conflicts with two ideologies that operate subversively until they are in power. That is, instead of stating their agenda openly, Islam and the left operate as false fronts maintaining a friendly moderate image while pursuing a far more radical agenda. 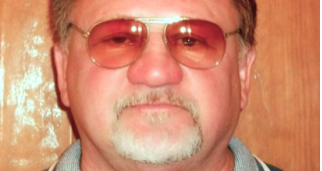 The distinction between moderates and radicals is at the heart of the debate about Islamic terrorism. Much as it used to be at the heart of the debate about Communism and its fellow travelers. Everyone will concede that there are indeed radicals, if only ISIS and Stalin. What they will deny is the extent of the complicity and, more significantly, the fact that the radicals were pursuing the same ends as the moderates, an Islamic Caliphate or a Communist dictatorship, only more rapidly and ruthlessly.

The thing that must be understood is that moderates do not disavow radicals. Rather they bridge the gap between the radicals and the larger society, justifying their ends, and eventually their means, while pretending to disavow them. Radicals reject any dialogue. Moderates emphasize dialogue.

Moderates will verbally reject the means with which an end is pursued. Accordingly they will reject terrorism. They may even claim to reject the ends, such as an ideological dictatorship, but they will, in good fellowship, ask you to accept their premise which inevitably leads to the acceptance of both the ends and the means.

For example, moderates on the left and in Islam will ask you to accept that terrorism is caused by American foreign policy. Once you have accepted this premise, then you have partially justified terrorism and paved the way for accepting an “Arab Spring” that eliminates the consequences of American foreign policy by properly Arabizing and Islamizing the governments of the region.

Likewise, if you accept the premise that Israel’s presence in its ’67 territories is driving terrorism, then you have signed on to everything from BDS to the destruction of the Jewish State.

If you concede that crime and violence are driven by class and racial inequities, then you accept that the only way to end this “class war” is massive taxation and wealth redistribution through government intervention that addresses the root cause.

That is not the way it seems to most people. And that is why the “moderate” strategy works so well.

Once you have accepted the moderate definition of the root cause, you will inevitably be forced to accept the radical remedy. This is true across a spectrum of lower level policies. For example, accept that homosexuality is genetic and gay rights become the inevitable and inescapable outcome. That is how the root cause defines the outcome. And this is how moderates achieve radical goals.

Moderates convince you to accept their premise of the root cause. Then they argue for sensitivity to the radicals whose motives have suddenly become understandable. Finally they argue for a settlement in which a compromise is reached that will allow the radicals to achieve a moderate version of their ends.

The Muslim Brotherhood takeovers of the Arab Spring are an example of a compromise to avert Islamic terror aimed at creating a Caliphate. The ultimate outcome is the same, but the moderates dress it up as a kinder and gentler alternative.

And this is the core strategic problem that we face.

The radicals are not any kind of serious physical threat. We could destroy ISIS easily if we chose to unleash our full force against them. The same is true for every single Islamic terror group in the world. And, for that matter, their state sponsors too. 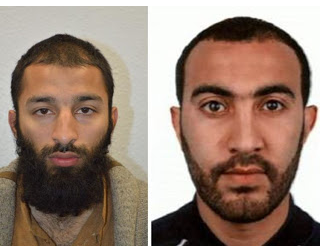 The real threat is always the subversion of the moderates. The challenge then becomes the need to expose the false facade of the moderates. This leads to a push-pull struggle. The moderates cry that they are being unfairly victimized by hateful people. There are shouts of red-baiting and McCarthyism, profiling and bigotry. Their critics are paranoid and unhinged. The moderates even assert that there is something ugly and “Un-American” about asking them to account for their agenda.

And this is really the core argument made by the two allied subversive ideologies. It is “ugly” to expose their views, to quote them, to bring them to the surface. It is intolerant. It’s not the way that respectable people should behave. And the moderates, who pose as respectable people precisely to play on the weakness of the middle class for being respectable, understand that this is the ultimate weapon.

Respectable people do not accuse the friendly Imam on the block of belonging to the Muslim Brotherhood or promoting Jihadist texts. They do not accuse the cheerful teacher in the school whom everyone likes of pushing anti-American views on her students. That is not respectable behavior.

And moderates, who pretend to be respectable, excel at pushing the respectable shame button.

It doesn’t matter if it’s true. It’s ugly to discuss it. That is respectability simplified. It’s much better to talk about how much we have in common, to speak about how we can unite and make the world a better place. And the moderates have plenty of ideas in that regard. All of them involve accepting their premise of what the world’s problems are and how they can be improved by a series of proposals that would culminate with mass tyranny and murder.

There are actual moderates of course.

The majority of those on the left aren’t harboring secret plans to build gulags. They would find the idea horrifying. Likewise many Muslims in Western countries don’t support Islamic terrorism.

Subversive organizations operate through incremental radicalization. The average American liberal of twenty years ago would not have supported half of what he vocally advocates for today. Even Obama and Hillary were against gay marriage when they ran for office. In a few years they moved from opposing a policy to threatening to prosecute those opposed to it. That is how the left works.

Obama and Hillary always had a consistent position. The leadership of the left had one. It was the ordinary rank and file liberal who might have been in the dark until the whistle was blown and the herd stampeded toward the next policy abyss. A year ago those same liberals might have felt uncomfortable with the notion of men using the ladies room. Today they would fight a civil war for it.

The process operates the same way across a spectrum of policies. The left keeps its more moderate followers in the dark about its real goals. Then once the stampede begins, the moderates who derive their sense that they are good people from following the ideas of the left, quickly fall in line.

The same is true of Islam. Plenty of Muslims would not be happy with an immediate transition to ISIS. But plenty are willing to back the more incremental attempts to build a Caliphate through political Islam in Turkey or through the Muslim Brotherhood. Their moderation, like that of many Germans in WW2, consists of an unwillingness to know what dirty deeds are being done.

The moderates bridge this gap both for their rank and file, and for the outsiders who have to be fooled into accepting their premise in order to accept their ends. Their greatest weapon is respectability. When cornered, they insist that they are just nice people who want to make the world a better place. And their critics are bigots, nasty people, who don’t want everyone to get along and spread disunity.

And doesn’t everyone just want to get along? Isn’t that nicer and better? Isn’t it a good thing that there are passionate young people who want to make the world a better place?

The chief ally of the moderates is this sort of middle class respectability. The moderates paint their critics as radicals who have no solutions. When in fact they themselves are radicals with a final solution. And yet combating this sort of happy talk remains our greatest challenge.

Yet it is also a passing challenge.

And then the real conflict begins.

We may well be approaching that phase. Economic decline and Islamic terror are leading to a radical break with respectability. We are entering a radical age in which the moderates take off their masks and radicals of various stripes gain great influence and openly recruit for their cause.

This will be a shattering experience for many. It will be a very ugly one in many ways. And yet the only way to avert it would be to expose the false moderates who are driving this process for what they are. And this is exactly what those who have the most to lose from a radical rise refuse to do.

None of this is a new phenomenon. History is repeating itself.

The Difference Between Political Activism and Political Bullying: Why Can't the Left Return the Favor?