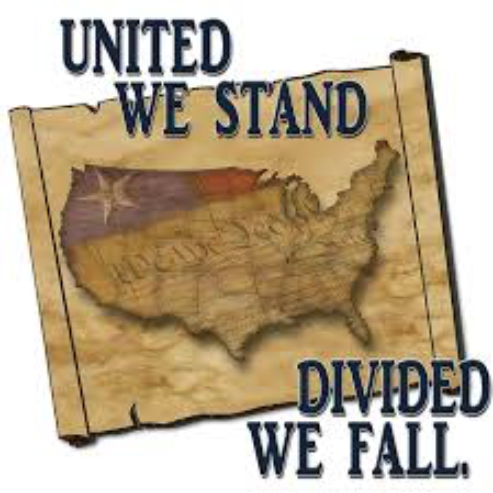 After President Trump rejected the Paris Climate treaty, which had never been ratified by the Senate, the European Union announced that it would work with a climate confederacy of secessionist states. Scotland and Norway’s environmental ministers have mentioned a focus on individual American states. And the secessionist governments of California, New York and Washington have announced that they will unilaterally and illegally enter into a foreign treaty rejected by the President of the United States.

The Constitution is very clear about this. “No state shall enter into any treaty.” Governor Cuomo of New York has been equally clear. “New York State is committed to meeting the standards set forth in the Paris Accord regardless of Washington’s irresponsible actions.”

In an interview with the Huffington Post, the radical leftist described California as “a real nation-state”.

The Climate Alliance of California, New York, Washington, Vermont, Massachusetts, Connecticut, Oregon, Colorado, Hawaii, Virginia and Rhode Island looks a lot like the Confederacy’s Montgomery Convention. Both serve as meeting points for a secessionist alliance of states to air their grievances against the Federal government over an issue in which they are out of step with the nation.

“We’re a powerful state government. We have nine other states that agree with us,” Brown boasted.

Two more and Jim Jones’ old pal could have his own confederacy.

All the bragging and boasting about how much wealth and power the secessionist states of the climate confederacy represent sounds very familiar. But that wealth and power is based around small enclaves, the Bay Area and a few dozen blocks in Manhattan, which wield disproportionate influence.

Like the slaveowner class, leftist elites are letting the arrogance of their wealth lead them into treason. And as they look out from their mansions and skyscrapers, they should remember that the majority of working class people in California and New York will be far less enthusiastic about fighting a war to protect their dirty investments in solar energy plants and carbon credits funded by taxes seized from many of those same people in these left-wing slave states.

The declared intention of the Climate Alliance, in words appearing on the New York State government website, is to treasonously “convene U.S. states committed to upholding the Paris Climate Agreement”.

States cannot and are not allowed to unilaterally choose to “uphold” a treaty rejected by the President. Their leaders are certainly not allowed to travel to enemy nations to inform foreign powers of their treasonous designs and to solicit their aid against the policies of the United States government.

This is all the more treasonous at a time when the United States is on a collision course with the People’s Republic of China over North Korea’s nuclear weapons and trade agreements.

“It’s important for the world to know that America is not Washington,” Brown declared. “Yes, we’re part of the union, but we’re also a sovereign state that can promote the necessary policies that are required for survival.”

Governors don’t normally feel the need to declare that their state is still part of the union. But they also don’t announce that they’re a separate nation and then set off to cut separate deals with enemy powers. No state should be issuing, “Yes, we’re part of the union, but” disclaimers before going to China.

The disclaimer is the first step to leaving the union.

Governor Brown’s trip to China isn’t funded by California taxpayers. That might be a relief to that overburdened tribe except that it’s partially being paid for by the Energy Foundation. Behind that generic name for a pass through organization are a number of left-wing foundations who have been paying for American politicians to travel to the People’s Republic of China.

Donors to the energy foundation include Ecocrat billionaire Tom Steyer who has pumped millions into EF. Steyer’s finances are entangled with China and even with members of the Chinese government.

Steyer has accused President Trump of treason for rejecting the unconstitutional Paris Climate Treaty. But who are the real traitors here?

Other major EF donors include the Rockefeller Brothers Fund, Bloomberg and George Soros.

There is something deeply troubling about a governor’s treasonous trip being funded by private interests with business ties to a foreign power. If Democrats were really serious about rooting out influence by foreign powers, they would be taking a very close look at Brown’s backers.

But the greater outrage is that the governors of secessionist states are using a manufactured crisis to conduct “diplomacy” with foreign governments in defiance of the policies of the United States.

Washington’s Jay Inslee was recently talking Global Warming in a meeting with Canadian PM Justin Trudeau. “We’re both very strongly engaged on issues of climate change, on issues of openness to trade, on leadership on refugees as well,” Trudeau declared.

“We share an incredible commitment to defeating climate change,” Inslee flattered him. “And it is a great pleasure we have a national leader on the North American continent who is committed to that.”

And he didn’t mean the President of the United States.

And the problem isn’t limited to the Climate Alliance.

California and many of the other entities declaring that they will enforce an illegal treaty are also sanctuary states and cities. They are choosing not to follow Federal law while implementing foreign treaties that they have no right to unilaterally participate in.

This is a treasonous situation that is more troubling in some ways than the original Civil War because it involves states making open alliance with enemy powers such as China and welcoming them in. State governments are undermining the united front of the national government in the face of the enemy.

“California will resist this misguided and insane course of action,” Governor Brown ranted. The logic of “resistance” has inevitably turned into treason.

A civil war is underway. In the last election the territorial majority of Americans rejected the rule of a minority of wealthy and powerful urban enclaves. Outside of their bicoastal bases, the political power of the Democrat faction has been shattered. And so it has retreated into subversion and secessionism.

“China is moving forward in a very serious way, and so is California,” Brown declared. “And we’re going in the opposite direction of Donald Trump.”

While Democrats have spent the better part of the previous week waving their arms in the air over a back channel with Russia, one of their faction’s leading governors is openly allying with China against the President of the United States. And the treasonous Democrat media is cheering this betrayal.

Brown and his colleagues are in blatant violation of the Logan Act. Their actions are in violation of the United States Constitution. And all this is another dark step on the road to another civil war.

If the climate confederacy is not held accountable for its treason, the crisis will only grow.

Are Leftists Trying to Start a 2nd American Civil War?

Refugees, Immigration and the Agenda to Erase America