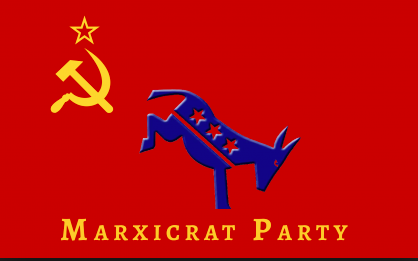 For those who are not familiar with the name, John Bachtell is the reigning chairman of the Communist Party USA. On June 6, 2017, he published an article on the party website. It demands a response.

The article entitled “Capitalism is destructive and unsustainable – It needs to be replaced” is a rather extensive and predictable screed describing just what he thinks is wrong with America and why Communism is the answer to everything that ails this republic.

Unfortunately, Bachtell gets many of his facts mixed up with talking points that sound, not surprisingly, akin to those spouted by the Democrat Party of late. He claims that America is experiencing multiple crises of “contemporary capitalism” and goes on to name several including “social inequality, job loss and dislocation from automation, and the existential threat posed by the ecological crisis [apparently the latest euphemism for man-caused climate change].”

In every category he describes, Bachtell blames all of it on the greed of capitalists and failures on the part of government to reign them in. The ability to obtain cheap energy is ironically called the causal factor in the poor getting poorer and the rich getting richer at their expense

Despite the shift from coal to natural gas being highly beneficial to the amount of emissions generated, Bachtell can’t help but twist it around and call it the opposite – an opportunity being used by the “oligarchy” to suck more profits from the system at the expense of “the 99%”.

While many of the statistics quoted (with sources) in his article are generally accurate, his interpretation would likely be enough to make the sources cringe at how badly those numbers were crushed – not crunched. In fact, capitalism has been so over-regulated by the federal government that it can no longer be called free or market-based which is the only way it can work as intended.

Once his laundry list of capitalism’s failures is laid out for all to contemplate, he begins to describe what a good communist (or Democrat) would do about it. It can be succinctly summed up by the familiar words of former President Obama – wealth redistribution.

Granted, wages have stagnated following eight years of leftist excess that has screwed up the banking system, frightened investors, and caused many of the world’s banks to hoard capital while the fed dilutes our money by printing more and more of it. Whether it was Dodd-Frank, the Community Reinvestment Act, Federal Reserve policy, or the introduction of hundreds of business-stifling regulations under Obama, Bachtell continues to bark up the wrong tree.

Automation – another boogie-man blamed on capitalism – certainly has reduced the demand for manual labor for repetitive jobs in factories and service businesses, but it has, in many cases, been the only answer – again – to government’s continual upward pressure on wages at times when our economy cannot possibly sustain itself against the rising costs of doing business.

Communism and leftists more generally, are quick to bash profit as a “dirty word”. To the contrary, profit is not much different than what every person who has a bank account expects…a reasonable return on the money deposited/invested in the bank/business. When anyone starts a business, all their money is usually at risk if the business fails. As the business becomes established – by providing a useful product or service – the price charged for that service or each product includes a relatively small amount that represents the owner’s return on that initial investment. In the case of those big, nasty corporations, that profit is typically reinvested to expand (more jobs) or returned to individual stockholders in the form of dividends. At last count, about 50% of Americans own stock in one form another. Bachtell is simply doing what leftists do – using common terms in a dishonest way that makes his straw-man argument sound conclusive and convincing to the uninformed.

The argument proffered by Mr. Bachtell that the workforce has been decimated by temporary contract workers and forced part-time work fails to hold water as a fault of capitalism. Until the advent of the Affordable Care Act (ACA) the problem of forced part-time work was not a common practice outside of Wal-mart. The ACA created the incentive for employers to limit employee hours to avoid having to comply with its insane provisions. Temporary workers have become popular for similar reasons and simply because much of the administration of personnel is taken off the back of the business and handled by people who specialize in that field while ensuring that workers are compensated and have their benefits administered efficiently. Forced unionization didn’t help in this area either.

Virtually every solution presented in his article has been made by a Democrat office-holder at some point in the past 100 years. Whether it is more infrastructure spending, green industries, taking money from the military and spending it on civilian needs, a guaranteed “living wage” (whatever that means), or every other Democrat wish-list item, it becomes apparent that two facts cannot be denied:

The capitalist system is the only one in the history of the world that has consistently lifted people out of poverty and expanded the size of the pie. It is only through the interference of overreaching central government policies like those espoused by Bachtell that the gifts of capitalism fail to reach their intended beneficiaries.

With the likes of Bernie Sanders and John Bachtell still wandering the streets of America, we should all be prepared to answer their truly devious arguments with facts based on sound economic and political principles.

Perspectives From a Millennial Libertarian and Why He Voted for Trump