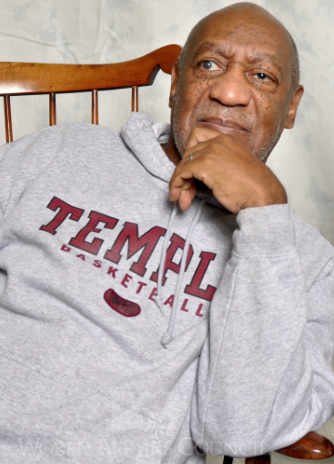 More than ever I think it’s absolutely crucial that we examine everything from and objective point of view. The chasm between people on the right and people on the left is probably as large as it has ever been. Emotions are running high and any political discussions between people who embrace different sides isn’t likely to end well.

Both side accuse each other of being intolerant. I think the left has gone over the edge of the cliff. From my perspective the cries for political correctness have turned into nothing more than a way to bully and intimidate people with opposing views. It seems that the more outlandish your claim of prejudice, the more attention you receive from the mainstream media. If I want to remain rational, I can’t forget to stay objective within the bounds of my own beliefs. If I attack someone for holding an opposing view I’m no better than the zealots on the left. If I am going to accuse them of suppressing free speech I better make sure I’m not guilty of the same. This means I need to think before I speak and not rush to judgment.

I draw the line at this nonsense. I’m supposed to give up a day celebrating each of my parents because it might offend someone? No way. Father is the most important title to me. I’m not going to stop using it. If you are lucky enough to have a loving mother and father, it’s very important to recognize that. I am fortunate enough to have two loving parents. I owe them so much. Despite having my own family, I still seek the wisdom and counsel of my mom and dad. It’s important to me to honor them. I still learn from them. It’s because of them that I recognize attacks on parenting and by extension the family unit, is consistent with leftist notions. It’s far easier to control people who have no family support.

The other day my mom (who is a master debater) questioned the guilt of Bill Cosby. I reacted very strongly. My mom took the position that perhaps he isn’t guilty of all the crimes he has been accused of committing. If there is one subject I am extremely passionate about, it’s my hatred of those who commit sex crimes. Anyone who loves somebody who has been subjected to such a crime and has seen the aftermath and years of pain such things cause is going to feel that way. So strong are my feelings on this subject that I once risked my career to stop a co-worker who was sexually harassing others. My mom knew full well how strongly I feel about this, but it didn’t stop her. She wanted to make me think.

Naturally I became quite upset. ‘How can you possibly defend Cosby? He’s obviously guilty!’ My mom then asked ‘Why did it take so long for all these women to come forward? Why did the victim continue to have contact with Cosby after the alleged rape?’ I responded ‘It’s very hard for victims of rape to come forward! Plus, Bill Cosby isn’t someone that is easy to accuse, even if he did it, he has the money and power to harass them…’ Then I knew I had been had. ‘Even if he did it….’ My mom had just schooled me. She had just raised the issue of reasonable doubt or at least within the context of a broader discussion. For all I know Cosby is guilty of all accusations, but he hasn’t (or at least for the moment) been convicted. If he is guilty, I hope he is duly punished, but I was being taught a larger lesson. It has become very easy to pronounce people guilty in the court of public opinion.

I quickly took an anti-Cosby stance. Based on what? Two things: My strong feelings against sex offenders and a narrative backing those feelings provided by mainstream media which has already pronounced Cosby guilty. Now I can understand a little better why Trump is treated so negatively. Some people already had negative views of him. I didn’t view him favorably at first myself. However, an issue such as the Presidency isn’t something to take lightly. Rather than close my mind, I began to understand and eventually support Trump. To think Hillary Clinton represented any kind of moral superiority over ANYBODY was patently ludicrous to me. I think it would be great to have a female President, but not just for the sake of it. I hope the first woman President is one who will make the history books for all the right reasons. In the final analysis, the 2016 Election was about disrupting the establishment and restoring order and common sense. That’s how I came to view Trump. However, if I had a pre-existing notion of Trump as an irredeemable aspiring dictator, the mainstream media would have totally supported that view.

I needed to rethink the Bill Cosby case. I can’t say that these allegations against Cosby were something new. I had read about them long before this blew up into a massive scandal. What changed? It wasn’t until the last few years that Cosby has faced any backlash due to these accusations. These accusations have been around for quite some time, yet he was never treated as an outcast. Now, he is persona non grata: no new tv shows, no reruns, revoked awards, etc. Obviously, it must have been one of his victims. One of them must have persuaded everyone by giving an impassioned plea for justice. That would make sense. Right?

Nope. C’mon. This is modern day America. Who better to bring these allegations to light than stand-up comic Hannibal Buress? That’s right. It wasn’t the cries of multiple victims that led to outrage against Cosby. Instead, it was the musings of a stand-up comic talking about Cosby in a a video that went viral. Of course…silly me…obviously the smartest people in America are our comedians.

How come no comedian has ever done a routine on Bill Clinton’s alleged treatment of women? Clinton has never been convicted of any sex crime and neither has Cosby (or at least not yet). However, the number of accusations against both men are staggering. Why is one man ruined while the other is left alone? The press isn’t afraid to attack a sitting President (Trump) so why should it fear a former President?

The answer of course is politics. Clinton is the darling of the left. He could rob a bank in broad daylight and the mainstream media will never report it. Cosby on the other hand went into the forbidden politically incorrect area. His crime? In 2004 he told the Congressional Black Caucus Foundation (referring to black families) “Parenting needs to come to the forefront.” Makes sense to me. However, he was criticized for holding such a narrow view of problems facing African Americans. The problems they argued was far larger than anything parenting could fix. I agree with Cosby: Parenting is the best place to start. It may not solve every problem, but it’s the best place to start. Nevertheless, he ran afoul of the P.C. police and is thus expendable. Meanwhile Bill Maher can use a racial slur on his show and keep his job. Go figure!

In no way am I defending sex offenders. It’s up to a jury to decide Cosby’s fate and to proclaim him guilty or not guilty. Cosby faces some damning evidence but there are also inconsistencies in his alleged victim’s story. The real lesson to be learned is to be careful about labeling someone as guilty before they have been convicted. It is important to note that dozens of Cosby’s alleged victims are represented by Gloria Allred. Allred also represents 3 women who have accused Trump of sexual misconduct. From that perspective, Cosby’s situation takes on added significance.

Daniel Greenfield: The Plot Against Democracy