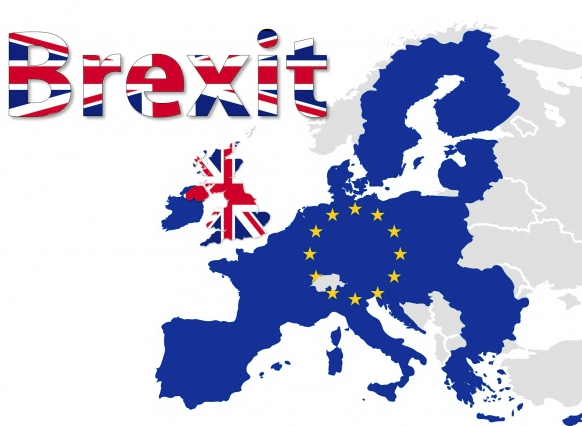 I write this personal commentary about Brexit and the EU as a British citizen observing since 1958 every step by which the United Kingdom became progressively sucked into the EU project, whose 1950’s origins can be traced back to its main architects – two French bureaucrat intellectuals, Jean Monnet and Jacques Delors.

It all began with their seemingly innocuous “Common Market”, sold as the means to promote trade among the six most powerful Western European nations. This then gradually morphed into the “EEC – the European Economic Community” as other nations were persuaded to join. The final irreversible step was the “European Union” with its eventual supra-government over 26 nations, by which Britain (and all the others) lost their individual sovereignty and personality. The necessary legal sleight-of-hand was performed by “The Treaty of Rome” and the “Maastricht Treaty”, devices which not even the British politicians (let alone the law-abiding and compliant British public) really understood – and which the media fuzzed over and never tried to explain.

For the U.K the only saving grace was the wisdom to retain the British Pound and the Bank of England, independent of the European Central Bank – which proceeded, while Britain stood by, to introduce its Euro currency, manufactured out of virtually nothing!

The only staunch initial hold-outs against the E.U. project were Britain’s farmers. However, any reservations they might have had were readily dispelled by eventual offers to them of generous E.U. farm subsidies. In essence, the farmers were thus “bribed” to accept the E.U., but after their minds were changed they found themselves subjected to production quotas and to onerous controls over their farms, extended to the U.K. under the “Common Agricultural Policy”.

Britain’s legal system was admired worldwide during centuries of standing alone. It had even been adopted widely as the model for many other countries’ own laws. With E.U. membership, British law became subsidiary to EU law – all while Britain contributed financially to the EU much more than it ever received in return!

Even the standard British diet of “fish-and-chips” became a casualty, while the cod population of the North Sea was depleted below sustainable levels by marauding fishing boats operating under foreign flags – forcing British fisherman out of work. This was a so-called benefit of the EU’s “open border” policy, eventually responsible also for U.K’s. disastrous immigration problems.

In 1986 I read the then so-called “Delors Report”, a copy of which I still keep. At the time, I asked many friends and relatives in Britain if they either knew of it or had read it.   Some had “heard” of it, but none had actually read it.   Had they done so, they would have learned back then just what was in store for them. The complete timetable for establishment of the EU supra-government was laid out clearly in the open for anyone who cared to read. You were told exactly how the take-over of your country was being planned.

The E.U. has many reasons now for making Brexit a “difficult divorce”. The over-paid and feather-bedded Eurocrats in Brussels, who have been living tax-free on British generosity for all these years, do not wish to lose their extensive benefits.   And should other member countries follow the Brexit example, the EU will be left with only the minimally-contributing Eastern European countries and the basket-case economies like Italy, Greece, and even Spain – all of whom represent a drain on the EU.

Even if Britain just walked away with nothing from this “divorce”, regaining all that had been given away by its politicians is worth any sacrifice which the British people might have to make. Therefore, Britain should forthwith withdraw any financial contribution to the E.U. and use the funds for its own domestic purposes.   The example of Norway should be noted by all – Norway never joined the E.U., but has survived very satisfactorily all these years by retaining the Kroner (NOK) and its own financial system, while living prosperously on its own natural resources.

The opportunity to leave now should be seized upon and embraced, so the U.K can recover its sovereignty and personality as soon as possible – and so reverse the error of ever having joined the European project in the first place.

Robert Ball was born in Kenya in 1940, where his parents farmed in the Highlands until 1973, thereafter retiring to their Coastal home near Mombasa. Robert was educated in England at Marlborough College and at King’s College, Cambridge where he graduated in Natural Sciences. His professional career with an international farm equipment company took him to over 100 countries worldwide, with special experience in Latin America, Eastern Europe, and the U.S. Robert’s personal awareness of the European Project began in 1958 when spending his “gap year” as an intern in a French agricultural college outside Paris. Harold MacMillan, then Britain’s Prime Minister, was voicing opposition to Britain joining the then incipient “Common Market”. Robert sided with that position; his fellow students simply named him “MacMillan” – never caring to know his real name. His initial article written about Brexit and the E.U. spans the nearly 60-year period from then to the present, reflecting the writer’s constant concern over what he always saw as a critical error of British policy.