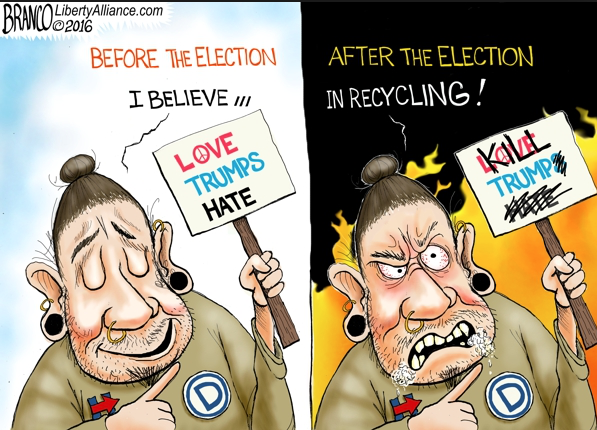 If you were to ask me who has the hardest job in the world, I would be inclined to say The United States Secret Service. I’m not an expert regarding the Secret Service, but they appear do the best job of any U.S. government agency. One of the most important, if not the most important task they perform is protecting The President of the United States. Their job performance in regards to protecting the President is easy to evaluate:  No one has successfully harmed a sitting President since the attempted assassination of President Ronald Reagan on March 30, 1981. No one has actually killed a President since President John F. Kennedy on November 22, 1963. Over the last 54 years or so, how many times has the Secret Service prevented the President from being harmed or killed?

For obvious reasons, the public isn’t fully aware of the official statistics regarding threats leveled against Presidents over the years. Informing the public about those details could undermine the performance and effectiveness of the Secret Service. I can only assume they have dealt with and neutralized an immense number of threats to U.S. Presidents. Some sources say President Obama was the target of more threats than any of his predecessors, and there is no reason to doubt such claims. In addition to the usual threats which are generated by any President’s policies and decisions, there was also the issue of racism directed against him.

However, unlike President Trump, it never became ‘trendy’ to wish harm on Obama. I don’t recall celebrities publicly joking about his demise. Largely because of this, and based on the current political climate, one would be crazy not to think that the Secret Service is swamped with threats to President Trump. People have lost their grasp on common sense and civil discussion. Amongst leftists, it almost seems as though wishing harm on President Trump has become the ‘in’ thing to do.

Last year, there was a Secret Service agent who said they would be unwilling to take a bullet for Trump. Obviously they received a lot of backlash for that, but it is a good starting point when discussing the nature of our Republic and the role of the Presidency. It is said that Secret Service agents operate under the principle that they will sacrifice themselves and take a bullet for the President if the situation calls for it. That represents a lot of dedication. It also represents the deepest sense of patriotism. Imagine taking a bullet for another person. It’s perfectly conceivable to imagine taking a bullet and essentially trading your life in exchange for someone you love. To understand why someone would be willing to take a bullet for the President you have to consider what’s at stake.

It’s almost as though we are entering an age of unreason. I didn’t like President Obama’s policies. I rarely agreed with him on anything. I believe the country suffered and continues to suffer because of his Presidency. However, I never lost sight of my values and beliefs as an American. At no point did I ever think, ‘Someone needs to hurt him and put an end to his policies.’ Those kinds of feelings have serious ramifications, most notably it would show that I had somehow been radicalized. Actions based on radical ideology are never the answer, especially here in the United States.

Secret Service agents aren’t taking a bullet for Obama or Trump…as individuals…they are taking the bullet to protect the Presidency and what it represents. The Office of President needs to be viewed separately from its current occupant or else we end up with dangerous situations. Do people calling for Trump to be assassinated have any idea what they are saying? Don’t they realize that such comments constitute treason on at least two tangible levels. First, it is calling for the overthrow of a duly elected leader. Second, it falls under the broader scope of giving aid and comfort to our enemies. It’s perfectly fine to criticize the President…any President…as long as you do so in a rational manner.

From the standpoint of other countries, I could see where U.S. citizens criticizing their President could actually be demoralizing. How many countries exist where you can criticize the person in charge and not have to worry about reprisal? It shows we are a free society..something to be envied. However, calling for the President’s demise is crossing the line entirely. There is no shortage of articles criticizing Trump..to me it seems like there is too much criticism. However, that’s from my perspective as a person who supports Trump. I’m sure an Obama supporter would make the same argument. Fair enough. However, when people start calling for the death of Trump what kind of message does that send our enemies? The logical conclusion to me would be: ‘Look at the Americans…some of them are calling for the death of their own leader…that doesn’t sound civilized, let alone democratic..they are falling apart.’

In regards to any President, I think we should carry out the following mental exercise: ‘How would you feel if the President were somehow humiliated in public? For example, someone slapping the President or hitting them?’ Despite any negative feelings I had towards Obama, I would have been furious as an American if that kind of scenario played out. Obama was the duly elected President of the United States. The Office must always be respected. If someone had actually physically assaulted Obama, I would have considered it an act of aggression towards the entire country. Nothing is worth losing sight of the things that do unite us. If you don’t like the President, then work in support of his opponent in the next election or wait until their second term expires. Unless there is incontrovertible proof they have committed treason or other serious offense, the elective process is the only legitimate means to remove a President. Period.

I was a child when Reagan was shot. It terrified me. Memories of the Kennedy assassination still brings tears to the eyes of most people who lived through that tragedy. At a moment like that…you don’t think about Kennedy in terms of whether you agreed or disagreed with his policies, you don’t focus on his flaws…you focus on the fact that the country has been suddenly robbed of its leader through violence. You focus on the fact that an important fellow human being has been murdered. You focus on the vulnerability of the United States at such at time. If ever an enemy were looking for a time to exploit any weakness we may have as a people, the transition of power after the sudden death of a President would be the perfect time. Every President has people who feel inspired by them and impassioned by their message. To see them suddenly and violently eliminated will inevitably lead to widespread trauma. Assassination represents a coup. It is NOT a joking matter.

Threatening the life of the President is an illegal act punishable by jail time. If anyone else makes public threats on the life of the President, they need to be arrested including celebrities like Kathy Griffin, who thinks a bloody Trump head is funny, or Madonna who has expressed a desire to blow up the White House, or Johnny Depp who (perhaps drunkenly) implied–on foreign soil–that John Wilkes Booth was a hero. They should all be jailed. These people are inciting the radical left and are putting forth the idea that assassinating Trump is somehow acceptable. Who knows what might set off a would-be assassin. Free speech is our most sacred right, but it has its limits and must be used responsibly. You can’t run into a crowded room and shout ‘fire!’ when no such fire exists and not be punished. That is a reckless and irresponsible act that can get people hurt. It’s perfectly fine to criticize or complain about Trump or any President and seek to limit their powers through the elective process.

It is never okay to call for the overthrow of the U.S. Government by violent means. That is a form of free speech the Founders never wanted protected. Treason is treason. We are either civilized or we aren’t. So the bottom line should be, threaten the President and get thrown in jail.