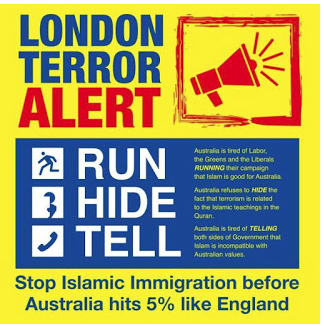 “In the name of Allah, the merciful,” Omar Mateen told the police. “Praise be to Allah, and prayers as well as peace upon the prophet of Allah. I let you know, I’m in Orlando and I did the shootings.”

Allah is missing from the hundreds of media stories about the Pulse attack which all mention homophobia. But Omar never spoke of gay people during his talks with police. He called himself an “Islamic soldier” and described the attack as revenge for the death of Abu Waheed; a senior ISIS leader.

The Washington Post managed to do an extensive article on the Pulse attack without ever mentioning Omar’s name or Islam. The Orlando Sentinel headlined its coverage as, “Pulse gunman’s motive: Plenty of theories, but few answers”. The Daily News also wants to know, “What was Mateen’s full motive?”

A year later, it’s still unclear what the motive that the terrorist stated at length might actually be. After an initial attempt at censorship, the full transcripts of Omar Mateen’s conversations were released.

And they changed absolutely nothing. Instead the media doubled down on the whitewashing.

The most extensive connection between the Pulse attack and Islam comes from a USA Today network local paper which claims that the Islamic terrorist attack created “a culture of fear of Muslims” who “fear for their lives”.

Muslims never exist as perpetrators. Only as victims.

Another USA Today local paper has a feature story about a Muslim who spent more time going to Omar’s mosque which, besides Omar, had already been linked to another Islamic terrorist.

It’s not just the Pulse attack in America. The situation is even worse in the UK.

When a nursery worker was attacked in the UK by Muslim women shouting, “Allah will get you”, slashed with a knife, kicked and punched, the BBC carefully trimmed out the Allah part.

In the London attack, three Muslims shouted, “This is for Allah” and “This is for Islam”. Meanwhile a man hiding from the attackers was lectured, “It’s not Muslims”. In North London, a man shouting, “Allah, Allah. I’m going to kill you all” in a Jewish neighborhood was blamed on mental illness.

And it’s been carrying on this brilliant masquerade ever since the days of its murderous founder.

Allah is that unique deity whose designs are every bit as mysterious as having a knife shoved in your chest. Allah’s followers take great pains to communicate the link between the knife and Allah in extremely obvious ways such as shouting, “This is for Allah” and “Allah will get you” while stabbing you.

And they still continue to be tragically misunderstood.

Omar Mateen declared that he had killed 49 people in “the name of Allah”. But the search for his real motive is still ongoing a year later. HRC, the country’s biggest gay rights lobby, featured “Ramadan reflections”. A sensible Ramadan reflection might have noted the link between Ramadan and Islamic terror. The Islamic State had urged Ramadan attacks calling it, “the month of conquest and jihad.” Instead HRC celebrated Ramadan; the reason for the season that massacred the patrons of a gay bar.

It even ran a post suggesting that “Each of Us Is A Door to Allah”.

Omar Mateen opened a door to Allah and to the Pulse nightclub on June 11, 2016. The door to Allah in Orlando stayed open for three hours. It closed only when a SWAT team took him down.

Doors to Allah keep opening up all over the world. And bodies fall through them. When you hear shouts of “Allahu Akbar” followed by screams of pain, you know that a door to Allah just opened near you.

On 9/11, several doors to Allah opened. The passengers of United Airlines Flight 93 forced their particular door to Allah shut with their bodies. The last sounds on the plane’s flight recorder are, “Allahu Akbar”. In Fort Hood, Nidal Hasan opened a door to Allah and shouting, “Allahu Akbar” began his killing spree. Dzhokhar Tsarnaev opened his door to Allah on his computer. His password was “Allahu Akbar 1”.

Allahu Akbar is a little too obscure for most non-Muslims. So to clarify things, Muslim attackers have begun to yell things like “This is for Allah” and “This is for Islam” assuming that can’t be misinterpreted.

But of course it can be and will be.

HRC links the Pulse attack to transgender bathrooms and gun control. It signed on to a statement which links the attack to claims that a “backlash against the American Muslim community led to hate speech and violence, shootings, and mosque vandalism that claimed even more victims”. And so a year later the only suspects in the Pulse attack are abstractions like “gun violence”, “mass shootings” and “bigotry”. No amounts of confessions and definitive statements are ever enough.

Muslim terrorists continue to be very clear about their motives. Our authorities continue to be hopelessly obscure about theirs. Allah is mistranslated as god. Or it’s left out entirely. And tired of being misunderstood, Islamic terrorists will seek some further way to clarify what they are doing and why.

It’s hard to see how they can get any more obvious than “This is for Islam”, but no doubt we’ll find out.

Meanwhile from London to Orlando, there will be the usual tired narrative of vigils against a vague “hate” and for an even vaguer “love”. We will be told to celebrate the diversity of the victims while ignoring the uniformity of the killers. There will be renewed calls for bans on guns and knives. And then perhaps cars. A mythical Muslim backlash will be bemoaned and Muslims will be inducted in as victims.

All these attacks will have a common Allah denominator. From Orlando to London, these Islamic terrorist attacks are being carried out for Allah. They are being committed as part of a religious mission.

When the Times Square bomber was being sentenced, Judge Miriam Goldman-Cedarbaum lectured him, “I do hope that you will spend some of the time in prison thinking carefully about whether the Koran wants you to kill lots of people.”

The Muslim terrorist’s reply was straightforward. “This is but one life,” he said. “If I am given a thousand lives, I will sacrifice them all for the sake of Allah, fighting this cause, defending our lands, making the word of Allah supreme over any religion or system.”

These words didn’t come from a YouTube video. They were a paraphrase of the Koran.

Muslim terrorists don’t have to think about whether the Koran wants them to kill a lot of people. They just have to read it. They know what Allah and the Koran want of them. Our leaders choose not to know.

There’s no Allah in London or Orlando. Just mysterious deaths whose motives remain a mystery.

Another Win for Atheists: Pensacola Cross Must Come Down