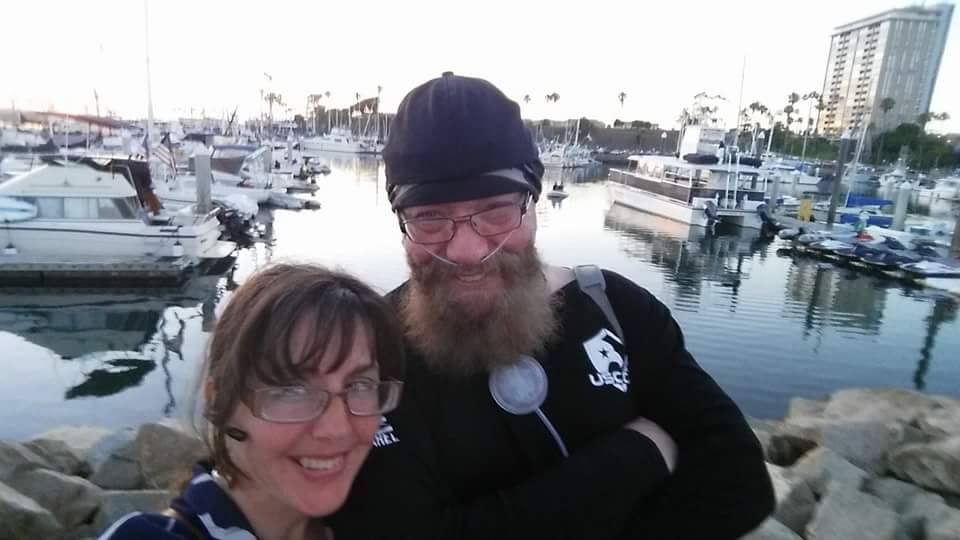 We’ve all heard the horror stories about the incompetency of the Veterans Administration. President Trump is fully aware of the ineptness of the VA and very recently “created an office at Department of Veterans Affairs to improve accountability” and protect whistleblowers. He added, “…we will never, ever tolerate substandard care for our great veterans.”

Unfortunately, our government bureaucracy moves slowly and while President Obama and Eric Holder were spending more time seeing how they could flood our country with refugees from the Mideast and robbing American taxpayers to support illegal aliens, another one of our valuable American heroes and his family are being subjected to the VA’s inadequacy.

This is the story of Air Force veteran, David Brayton, of Southern California, who is disabled and terminally ill until a successful transplant is completed. Right now his lungs are hardening and he will suffocate if he does not receive a double lung transplant very soon.

In December of 2015, the VA diagnosed David with “end-stage pulmonary fibrosis.” David’s wife, Courtney, has been petitioning the VA for over a year for the transplant surgery to be done locally, because there are only two hospitals in the country who are contracted with the government to perform lung transplants for veterans.

Recently, Courtney was told by an administrator at the Greater Los Angeles VA, that she would do everything she could to make sure David could have the surgery locally. Unfortunately, Ann Brown, Director of the GLA VA, who has decision-making authority, has now refused direct communication from Courtney. At this time, the Braytons are receiving calls from the Seattle hospital to schedule David’s processing and medical transport to Seattle, which means Ms. Brown has not approved the local transplant. Ms. Brown still won’t return phone calls and is “unavailable” when Courtney calls her.

David and Courtney live in Southern California where there are two local hospitals who are equipped to do the transplant when the organs become available—Cedars Sinai and UCLA. The problem is that they are not contracted with the government. President Trump has said he wants the veterans to go to any hospital they want; unfortunately, that has not happened yet.

In the meantime, the VA has told them they will have to leave their home by this Saturday, May 6, and move to Seattle to hospitalize David at one of the National Transplant Centers (NTC). He’s not even on the transplant list yet and will need to remain there until a donor match is made.

Courtney asked her congressman, Steve Knight, for help. He, in turn, contacted the Greater Los Angeles VA Director, Ann Brown, only to receive a response back stating that David is not eligible to receive care at a non-VA facility because there are only two VA hospitals in the country who will do the transplant for him. Their heads and hearts are made of stone.

What will the Braytons lives look like if they are forced to move to Seattle this Saturday, May 6, 2017?

The VA does not pay for loss of income, mortgage/rent of home while being away. The Braytons will need an additional care person to cover gaps (grocery trips, personal care, doctors appointments for primary caregiver, etc.) or food and personal care items.

Taxi service in Seattle will be provided before and after the surgery, but David always has to have five oxygen tanks with him. Will a taxi company even allow that much oxygen in their vehicles—because the airlines won’t?

By taking 15 minutes ASAP to make contact with the government officials listed below via Facebook, Twitter or email to lodge an URGENT request to authorize David’s transplant surgery locally, you will not only be helping to save David’s life, and hopefully we can help save the lives of other heroic Americans.

Acting Under Secretary of Veteran Affairs

Deputy Secretary of the VA

Keep in mind—everyone needing a transplant is waiting for someone to die. Please pray for the families who might lose a family member and give thanks for their willingness to take part in our nation’s transplant program.

Can You Spot The 800lb Elephant Missing From The Latest RNC "Trump Agenda Survey"?