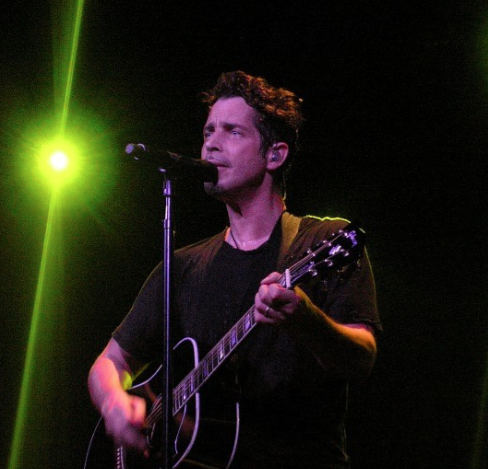 Normally when a musician dies we tend to flip through our records or click on our phones to listen to their old songs.  I did this when I heard the news that singer Chris Cornell died last week, especially after hearing his death was a result of suicide.  As I listened to his music I realized why his death felt very  personal for me.

Although my music collection spans across many genres, my knowledge about individual artists is average at best. I first became aware of Chris Cornell, lead singer of Soundgarden, when I heard their hit song Black Hole Sun and the accompanying music video (which my mom found to be ‘weird and creepy’).

Fast forward to the 2000’s when I heard a song called Be Yourself by a band called Audioslave.  The voice sounded familiar and I learned the lead singer was Chris Cornell (who had left Soundgarden).  I searched the net to listen to the rest of the album and noticed this was their second album so I listened both of them.  In a few minutes I was hooked enough to go to  an actual music store and buy both CDs.

As I listened to the albums over and over for the next month or two, one song was stuck in head more than the rest. As I wrote in the first sentence of my Politichicks bio, I didn’t truly become a Christian until I repented and believed in Jesus Christ in 2007.  At the time, I had been continuously listening to Chris Cornell’s song Show Me How To Live and this part of the chorus stood out for me:

“Nail in my hand

You gave me life

Now show me how to live”

At the time I was basically an agnostic and although growing up the church, I believed in the sovereignty of “a god” or “something superior” but wasn’t sure of who or what. Those lines in that song really struck me, hit me hard–and that was the beginning of my journey to repent of my sins and believe in my Lord and Savior Jesus Christ.

I didn’t know much about Chris Cornell and what he believed or even his true meaning behind Show Me How To Live. Some say it was subtly Christian and others say it wasn’t; I just know what it meant to me at a very important time in my life. Whether intentionally or unintentionally, that song helped point me to The Creator who showed me how to live through His Word, from Genesis to Revelation.  This was just another example of how God moves in beautiful, mysterious ways.

Daniel Greenfield: The War for Jerusalem