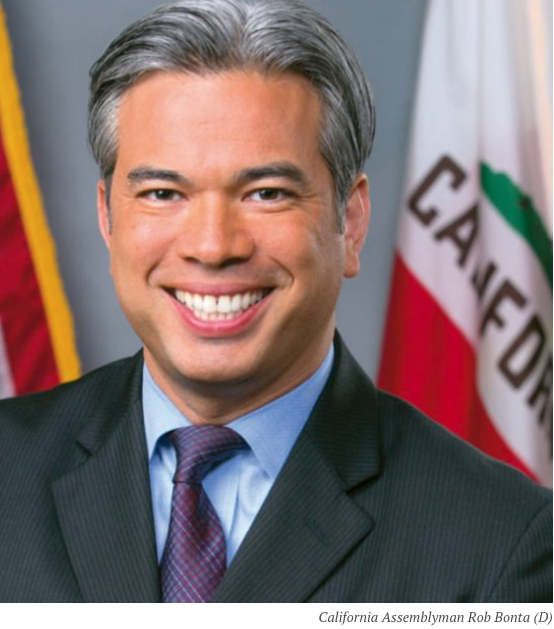 And there ya go. There’s a reason why Hollywood and others were so angry (and many still are) about the 1950’s McCarthy hearings, angry that poor communists were being called out, angry that there were people trying to prevent those oh-so subtle communistic movements from happening in America. I say ‘subtle’ because that’s how they do things, very subtly inserting their message into our media in almost unnoticeable ways, so that you don’t even notice that “American patriotism” has been substituted for the “intolerance of Americans”.

So now here we are, with full-on communists like California Assemblyman Rob Bonta (D) trying to openly take over government.  And as always, he is doing so in the name of “intolerance”, making claim that it is “unconstitutional” to fire people for their “political affiliations”.   communists from being a part of American government.

Mark my words: The day we openly allow communists to become regular members of America’s government, and the day we allow communism to be deemed a respectable American “political affiliation”, it’s game over.

Thank you Trevor Loudon​ for always being on top of these things, and for shining the light on garbage like this.

From Trevor’s column in Bombthrowers.com,

Bonta’s bill was intended to amend an existing statute for removing a public employee who “is knowingly a member of the Communist party” or a member of an organization that “advocates the overthrow of the Government of the United States or of any state by force or violence.”

Bill 22 would have allowed communists to work legally in the California government.

On May 10, the bill passed the Assembly and was headed for a rubber stamp Senate vote, but with the support of her electoral district, often referred to as “Little Saigon,” Nguyen launched a petition to oppose the legislation.

Claiming that his bill didn’t “endorse communism or encourage communism,” Bonta maintained that he was protecting “people’s rights” and “following constitutional precedents that made it illegal for government to fire employees due to their political affiliations.”

On May 18, after intense pressure from Nguyen and Assemblyman Travis Allen (R-Huntington Beach) who called Bill 22 “blatantly offensive to all Californians,”Bonta withdrew the measure and apologized to U.S. military veterans and refugees from the Vietnamese Communist regime.

Rep. Rob Bonta should not get off the hook so easily. Far from protecting innocent political activists from government overreach, Bonta was much more likely protecting serious security risks from the legal consequences of their subversive activities.

It turns out that Assemblyman Bonta has close personal and family ties to a network of activists with histories of “advocating the overthrow of the Government of the United States or of any state by force or violence.”

The Secret History of ISIS: The Full Story Behind the Rise of the Islamic State

A Brit's Thoughts on EU and Brexit