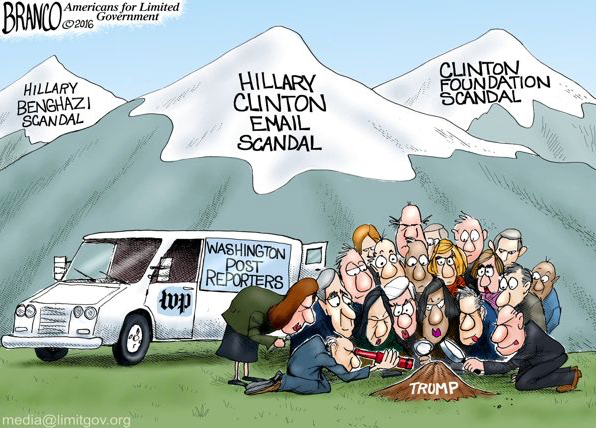 After reading the amazing article by Ann-Marie Murrell, titled “How the Ghost of Alinsky is Working Triple Time to Destroy America (and How We Can Stop This)”, I began thinking about her call for Conservatives to fight back.

One of the first things that came to mind was the ‘all out’ effort by MSM, Dems and some Republicans to take Trump down. Those factions are severely hurting our country and must be stopped.

While it is impossible to control the MSM in general, wouldn’t it be wonderful if this administration could change the dynamics of the Press Room?  They clearly had this in mind when they brought in members of the media from other parts of the U.S. through scype.  However, that seems to have gone by the wayside for the most part and it wasn’t enough to counter balance the antagonistic and dishonest MSM actually in the Press Room.  I have the following suggestion:

Replace half of the Press Room MSM with ‘non-leftist’ reporters from conservative organizations such as PolitiChicks as well as folks from Libertarian and other persuasions in order to be inclusive and more fairly representative of ALL Americans.   Either that or hold the press briefings in an area that holds twice as many people and just add an equivalent number of reporters representing other viewpoints.  This way all of the current MSM could not cry about being cut back.

Even the playing field!   If you can’t get rid of them, at least dilute them!

There are many reporters who could do an amazing job of asking questions that are actually meaningful, honest and not geared towards damaging the Presidency. Questions that will provide a more accurate depiction of the accomplishments and goals of this Presidency while still being challenging when appropriate (not just as a matter of course as it is currently). Unfortunately, with the present make-up of the WH Press, anyone listening would think that nothing is getting done and that the President is a criminal.

Perhaps with a better balance in the WH Press Corps reflecting better support of this presidency, President Trump will feel less compelled to take to Twitter to defend himself. This would be a good thing!

It is time for the dominating control of the narrative put forth by the MSM and Dems be relinquished or at very least, countered.  It is time for conservative and other voices to be heard at that venue and for ‘non-leftists’ to be better represented by the Press.  While the MSM itself may not be touched outside the White House, the balance within the WH Press Room can certainly be altered by the White House. To my knowledge, there are no laws saying that the current make-up of the White House Press cannot be changed.  It is time for restructuring in order to more fairly represent the views of all Americans and to more fairly represent this Presidency.

Wouldn’t this be wonderful?