Last week’s terrorist attack in England’s Manchester Arena serves as another sobering reminder about the true nature of terrorism: At its root, its basically all a matter of a terrorist’s capacity for evil. Thankfully, there aren’t many people walking around with the intent to commit mass murder but if someone decides to cross that line, it doesn’t take much to put their plan into action. As we have seen, it can be a simple matter of driving a car into a crowd of people.

I’ve attended sporting events and other crowded places with security checks in place. I often wonder whether these measures are in place to make those in attendance feel better or to actually deter terrorists. Realistically speaking, I think it would be virtually impossible to ensure that every person in a crowd of 50,000 fans at a sporting event is unarmed. Terrorists are sinister but not stupid. If they have violent intentions, I don’t think the typical security checks I see would be sufficient to prevent anything. If a terrorist cell plans on carrying out a bombing, I seriously doubt they would forget to take the security measures in effect at the target venue into account.

Unsurprisingly, the Manchester bombing was linked to ISIS. In other words, it was connected to radical Islamic terrorism. If someone is willing to blow themselves up and they are already in your country…I don’t have any idea how you can find a foolproof way to stop it. In a country the size of Great Britain the number of potential targets is horrifying.  And in the United States the number of potential targets is practically infinite. What happened in Manchester is just as likely to happen here. In fact it has happened here. If one thinks about it, our ability to prevent terrorism is largely dependent on President Trump’s ability to fight off the liberal Federal Courts, the media which has sworn to take him down, the false leftist ideology that is being preached, and ultimately those within his inner circle who have betrayed him.

The best approach would be to prevent potential terrorists from entering your country in the first place. That is what President Trump has attempted to do: Prevent people from Muslim countries from entering the United States. However, in its infinite wisdom, the Federal Courts have struck down Trump’s travel bans repeatedly. Moreover, the media applauds the Courts’ decisions.

We don’t even have a functional media any longer. Anything Trump does or says is criticized unmercifully. Meanwhile, the people who have actually sold this country out are still held out as heroes. Hillary Clinton: Wonderful person. A selfless servant of the public good who completely identifies with the underprivileged. She and Bill would never think of using their influence to become fabulously wealthy. Former President Obama: Visited Germany today and apparently put Kennedy’s ‘Ich bin ein Berliner’ speech to shame. Wise statesman that he is Obama declared: “We can’t isolate ourselves. We can’t hide behind a wall.”

I’m a loyal American. I don’t trust Putin. However, I can’t argue with his assertion last week that America has ‘political schizophrenia.’ To him, we probably do look like a bunch of nuts. Think about it. The former President makes a speech in Germany and is praised by the mainstream American media for a speech in which he decried nationalism. To further add to the confusion, he makes these comments just as our country is about to celebrate Memorial Day. The proper way to report on his speech would be to call it a disgrace. People gave their lives so we can be free and they sure as heck didn’t do it under any other banner than the American flag. If we have no sovereign nations then who makes up the rules? If you die to preserve the freedom of your country, shouldn’t that sacrifice be honored? Our soldiers didn’t die for abstract notions of universal human rights. Of course I detest human rights abuses, but the United States has to take care of American lives first. If we can help others, great, but not at the expense of our own future.

I can’t quite picture the men who stormed the beaches of Normandy on D-Day thinking ‘I’m doing this so one day America can let everyone in who wants to come…even if they want to do harm to my descendants.’ People don’t work a lifetime to build wealth only to leave it to the government to spread out as they see fit. They leave it to their children. Those who built this country didn’t do it so the rest of the world could take advantage of our prosperity.

Can you imagine someone going back in time and telling American soldiers in the trenches: ‘You know what? One day America is going to label the word patriot as something unacceptable.’

American leftists, including their ‘hero’ Barack Obama, apparently need a reminder that the Berlin Wall was erected to keep those in East Berlin under communist control. It wasn’t erected to protect the people of West Berlin. There is a big difference between that and building a wall to secure our borders and safety.

Meanwhile, the witch hunt is on in America. I don’t buy into the Russian election conspiracy. It’s all an excuse to explain why Hillary lost. At least Trump doesn’t refer to Putin as ‘Cousin Vlady.’ History seems to have forgotten that FDR referred to Josef Stalin (a man who killed 20 million people) as ‘Uncle Joe.’ How about President Clinton’s ties to China? That’s has been conveniently forgotten. It’s absurd to believe Putin has the power to decide who will be our President. He didn’t trick 63 million Americans into voting for Trump.

The fact is that you can’t fool all the people all the time. Thankfully enough people saw through Clinton and rejected her ideas in favor of Trump. Trump ran on a platform of making America great again and the electorate has given him that chance. I believe Trump can do it, but he has to make some changes. He has to circle his own wagons before he can circle the country’s wagons. 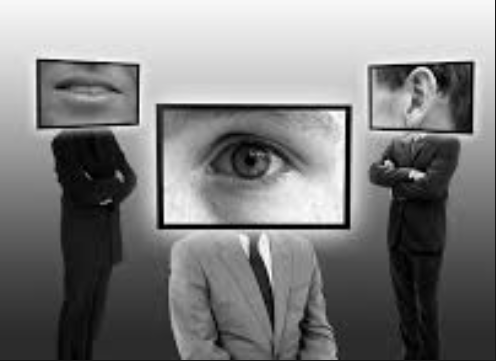 How exactly did the press learn he shared classified information with the Russians? How did they know the nature of the intel shared? I agree that as President and Head of State it is up to Trump’s discretion what to share. That’s what Presidents do. For national security purposes, what is discussed in high level meetings should not be made public, let alone questioned in public. If people want to question his judgment, that’s up to Trump’s advisors and inner circle. However, someone close to the president is obviously leaking information. I hope Trump will listen to constructive criticism. He needs to figure out who is leaking information and do something about it. If I were him I’d use every resource at my disposal to find any and all parties guilty of leaking information and I’d have them put on trial for treason. I’d make an example out of them. Telling the media that Trump shared classified information is a very serious offense in my book. I can’t blame British Prime Minister May for temporarily refusing to share intel with America due to our own security leaks. I hope it serves as a wake up call to President Trump. If he is to accomplish what he promised, he must find trustworthy people to help him do it.

Is Tim Kaine Guilty of Obstruction of Justice? How About the FBI?