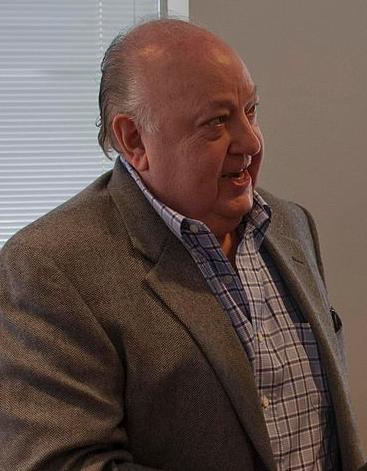 Fox News anchors only learned of the death of its former chairman and CEO from Drudge Report.
Roger Ailes died aged 77, according to his wife Elizabeth, who released a statement to Matt Drudge.

In a breaking news segment tweeted by the network on Thursday morning, Fox & Friends’ Steve Doocy reported: ‘Roger Ailes, one of the founders of the Fox News channel has died.

‘They have published, Drudge has, a statement from his wife Elizabeth.’

The statement was then read out before Ainsley Earhardt added: ‘Beth you are in our thoughts and our prayers, and so is Zachary, their beautiful son. Roger, rest in peace.’

His death comes less than a year after he resigned from the company over allegations of sexual harassment.

His wife Elizabeth, with whom he has one son, said: ‘I am profoundly sad and heartbroken to report that my husband, Roger Ailes, passed away this morning. Roger was a loving husband to me, to his son Zachary, and a loyal friend to many.

‘He was also a patriot, profoundly grateful to live in a country that gave him so much opportunity to work hard, to rise — and to give back.