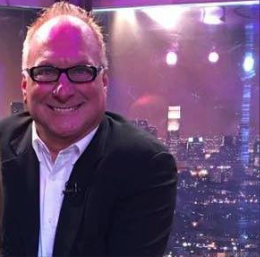 Contrary to the popular belief that the entertainment and creative industry in Hollywood is one liberal cesspool, there are many talented and creative conservatives and Christians who are not leaving and one of those people is Tom Julian.

Tom is founder and CEO of Creare Media, an advertising, production and literary agency in Southern California.  In Italian, “Creare” means to create.  Presently, JUL-TV, a division of Creare Media, is hoping to create a variety of television programming that is sensible, informative and educational or as Tom would say, “Conservative, Under God and Family Friendly.” Tom is also a ghostwriter.

Knowing that the down ballot races in 2017 and ‘18 will indicate the impact President Trump will have on election results for federal, state and local races, Tom recently announced that Creare Media will give five candidates running for office in California the opportunity to share their message by donating a complete video package.

When I heard about Tom’s latest project, I asked him if I could do a Q&A session for PolitiChicks.com because of its importance for our country.

LS: Video production can be very expensive, so this is a golden opportunity for the candidates selected.  What is included in the video package?

Tom Julian:  Yes, it does cost, Lainie, but let’s face it—there are a lot of costs in doing nothing and much more damaging if California is not allowed to be transformed and renewed to the place that it once was; when free speech was “literally free” and California flourished, not a state where “speech is something to be reviewed before allowed.” Outside of real estate profits, we—as business owners—have ever-imposing regulations where money is sucked out of us and real social issues are ignored.

I look at this more as an investment as opposed to a cost.

The production is as any other production: brainstorming, creating, strategizing, outlining the structure of the shoot, production needs and crew, studio, lighting, three cameras, teleprompter, filming, editing and releasing.

LS: Why did you decide to do this?

Tom Julian: Because I feel from my experiences, that California is filled with Republicans, men and women who love our state and our nation, but have grown up professionally in a political environment where the individual brand has become more popular than what they feel would be working together as a team to win.

I wanted to set what I hope will be a new trend—that we learn to suck up our individual desires and work toward a common goal of restoring California back. Not finding ten people to run on one ticket. Let’s discover, promote and get behind someone who can definitely bring an improvement to our beloved state.

Yes, we might not all agree on all points, but there are many more points we can agree on other than what Gov. Jerry Brown is leading us towards.

LS: Am I correct in assuming this is for conservative candidates only?

Tom Julian: Yes, I am looking for candidates who believe in and follow the Constitution.

LS: Are you limiting the contest to candidates who are running for federal and state offices?

Tom Julian: Absolutely not. All of the issues that frighten us politically have roots. They have started somewhere that might not have had any light or attention on them. Let’s start with our schools, think about the smaller communities where leaders who desired to harm California got their traction. No. Wherever we can help—and they must have a plan that I believe warrants my investment”.

LS:  How will the candidates be selected?

Tom Julian: They will submit a cover letter and invitation to meet and discuss the issues. Why are they running? What are the core elements of their political passions? Who are they responsible to? How will they break through the walls of political correctness and simply focus on doing things right and bring respect to our Constitution?

LS: How do the candidates contact you, and what is the cut-off date?

Tom Julian: They may contact me at www.tomjulian.net or [email protected]. The cut off date is June 30, 2017.