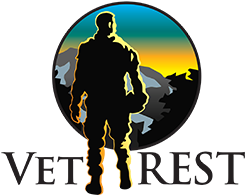 Memorial Day is a day borne out of the aftermath of the Civil War designated to honor our fallen dead. It was officially proclaimed on May 5, 1868 by General John Logan, National Commander of the Grand Army of the Republic. In 1873, the State of New York was the first state to officially recognize Memorial Day as a holiday. It became a National Holiday via the passage by Congress of the National Holiday Act of 1971.

But let us consider what Memorial Day really means today. Is it only for those that made the ultimate sacrifice?

Robert F. Vicci, LTC (Ret) is a Veteran with 34 years of military service, both active duty and the NJ National Guard. He is a decorated Veteran of Operation Iraqi Freedom and flew over 30 missions as an Army Blackhawk helicopter pilot and commander. He is now the CEO of VetREST, www.VetREST.org.

This is LTC Vicci’s story, as told to me.

My name is Robert F. Vicci, LTC (Ret), Operation Iraqi Freedom 3. May 31, 2009, was a bittersweet day in my life. After 34 years of wearing a uniform, I retired after I failed to meet new requirements under the Obama administration for promotion to Colonel. May 29th, 2009 after returning from Baltimore having secured a 6 million dollar development deal for the company I was working for and after turning in the paperwork, I was downsized on the spot. I had been struggling with PTSD, my marriage had been strained and I was getting ready to close on a house. Than on July 3, 2009, my wife cleaned out our bank account and subsequently filed for divorce. Things were looking bleak but I never gave up. After many job interviews, some short term jobs, I landed a job for five years as a Construction Director for a large real estate portfolio in New Jersey. I was downsized a month before Memorial Day 2016.

Throughout all these challenges, I realized that I needed to follow the advice of a friend who was a Senior HR Specialist in a large New York firm. He advised me to “Volunteer to help people, find my passion and things would work out fine.” I volunteered my time to help veterans find employment with a partnership I had formed with EmployAGI.org. We placed many veterans and family members in jobs over the years. It helped that I had a full time job at the time. Helping other veterans was the start of my own healing from PTSD.

During the last three months of my job in NJ, I volunteered to be the North East Area Director for VetREST, a veteran’s advocacy group. During this time I had secured a position with Keller Williams Realty and formed a partnership with another service disabled veteran and formed a company, 19 Kilo Coffee. 19 Kilo Coffee is still a successful company today.

During the eight years I worked in the corporate world I was rifted three times. It was a blessing when I was offered, and eventually accepted a full time position as the CEO of VetREST. This is now my full time focus, my passion and captures my full attention these days. Working with veterans is my own therapy.

I cannot wrap my head around the cold statistic that we are losing an average of 22 veterans to suicide every day. It is my mission to stop this escalating suicide rate and bring it to a standstill.

I am a PTSD survivor that with my doctor and wife Nanette am able to cope without taking medications. I know my triggers and my limitations. Nanette is my earth angel and my ultimate caregiver.

At VetREST, with our Peer-to-Peer counseling, we are able to drill down very quickly into another veteran’s psyche and help to begin the healing. We hire veterans and their family members, so that we have two ways to help our community. Our team members are paid and we have a “boots on the ground” approach and take the fight to the veteran. We meet the vet in coffee shops, in parks, VFW’s, America Legions, … etc. Wherever the veteran is comfortable. Our funds are not spent on fancy real estate. Dollar for dollar we spend more on our employees than anywhere else.

We are in the advanced stages of fund raising and plan on opening other chapters of VetREST throughout the United States as financing allows.