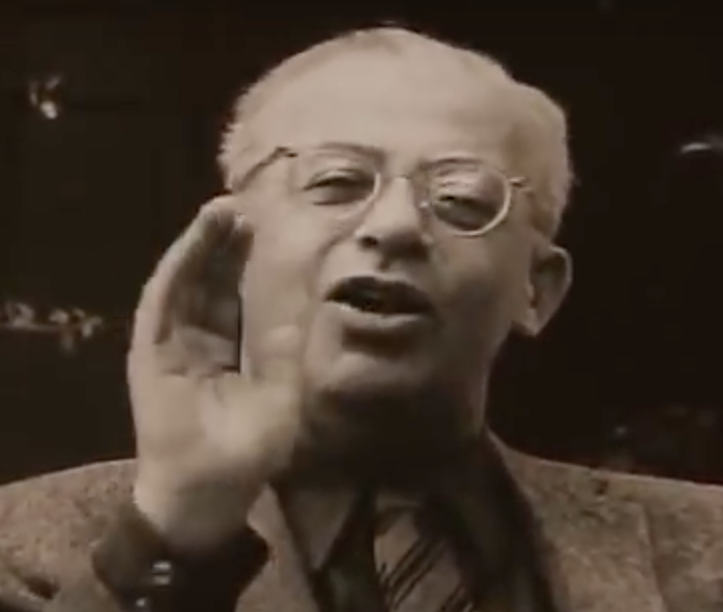 In light of the tsunami of social media postings surging between “Support President Trump at all cost!” and “It’s time for Trump to step down!” it might be a good time to remind everyone this is exactly what Leftists have been dreaming of since election night.  This is Alinsky 101 and Saul’s proteges have been  working very hard (and many have been paid very well) protesting, screeching, interrupting Republican town hall meetings, burning things, and pepper spraying people. Much like their KKK Democrat predecessors many have done this while wearing masks to hide their faces. They use words like ‘fascist’ and ‘Nazi’, apparently unaware that they are the perfect example of both and are as close to American Brownshirts as you can get.

Frankly I’m not sure why more Republicans didn’t fight this hard for actual offenses like Fast and Furious, Benghazi, the IRS, the VA, etc, but that’s a moot point now…

As usual, the only thing today’s Leftists need to do is throw out accusations, insults, veiled threats, and possibilities based on nothing but whispers and probable lies. Absolutely nothing has been proven and yet they continue hurling, accusing, hoping something–anything–will stick. Of course stick or not, the media reports as if it’s all true, as if all the innuendoes are facts.

My daddy always said, “If you have a million ‘what ifs’ in one hand and a nickel in the other, you still only have a nickel.” In other words, hold onto your opinions until you have all the facts.  That, in a nutshell, should be the journalistic creed, but nope.

So where are the Republicans?  What are they doing about this mess?  It appears they’re doing the same thing they did during the 8 nightmarish years of the Obama administration, continuing to capitulate to Democrats with no game plan in sight.

Former senator Jim DeMint explained the problem with Republicans very succinctly a few years ago at an event in Los Angeles.  Describing the reasons he left the senate, DeMint said on his first day of work he expected there would be some type of weekly strategizing meeting among GOP senators. That never happened.  Using football terminology, DeMint said each Senator acted as if they were the quarterbacks of their own non-existent teams, of which no one had a playbook.  Paraphrasing, DeMint said, “There was no ‘team’ other than defensive, working together only after the fact to put out fires. There was never an offensive team to try to fend off those fires…”

So here we are in 2017, with a Republican president and a Republican majority in both the House and Senate and everyone is still  jumping ship as soon as any random Joe on the street yells “FIRE!” without even stopping to look if there’s an actual fire or not.

Unfortunately it seems it wouldn’t matter if there was a fire, because the Republican buckets are empty. Despite the fact they’re standing next to a giant pool of water.

Personally, I’ll never completely trust any politician and wish others wouldn’t either.  Too many folks passionately leap into the deep end without looking, blindly and enthusiastically supporting their favorite politician until he or she makes one or two mistakes and them BAM, they bail.  The truth is politicians are human beings, not gods, and shouldn’t be treated as such.  People who know me know President Trump wasn’t my first choice, but I voted for him and I’ve been watching and listening to him closely ever since. People wanted a businessman, not a politician, and that’s what they got. Everyone knew he would have to “learn” how to become a president and of course that had to bruise a lot of egos inside the Beltway.  “How dare this outsider be allowed to become President of the United States when he hasn’t earned his political stripes?” they must’ve said to each other. Of course Pres. Trump has made mistakes, and of course those Beltway types are eager to see him fail, to prove that only privileged long-term politicians should be allowed to rule DC.

Frankly I hope and pray President Trump proves all of them wrong and I believe he can. But as with any politician, if President Trump is found to be corrupt then he should be punished to the same extent of the law they used to punish Hillary and Barack and Holder and all the other corrupt Democrats (you can insert your own “lol” here).  The difference is unlike those guys, I believe President Trump truly loves this country and wants what’s best for her.

All that being said, what we’re witnessing in real-time, basically every moment of every day since President Trump took office, is the ghost of Saul Alinsky.  His spirit has taken over every so-called journalist, every communist-leaning socialistic politician, and every gullible, brain-dead Leftist celebrity in Hollywood.

The left wins when we wad up and throw away everyone they hate and/or are threatened by.  Just ask Sarah Palin, the Tea Party, Herman Cain, FOX News, Clarence Thomas…Or go back even further to a few presidents who greatly threatened the Democrat Party: Lincoln, Kennedy (when he was trying to get the Civil Rights Movement off the ground), Ronald Reagan.

So what can we do to stop this, or at least make things manageable in our own lives?

First and foremost, keep in mind that everything we’re witnessing in the news is a Smoke Monster.  It’s not real. This is simply an extremist version of political strategizing and has very little to do with truth or facts. They don’t need ethics, they simply want to “win”.  The same type of political battles have been waging in America since the 1700s.  The difference today is the infiltration of outside influences (Marxists, communists, Islamists, Soros Brownshirts) who are taking advantage of any/all weaknesses they can find. The best way to fight?  Keep shining the light of truth on their darkness.  That’s not as easy as it sounds; as George Orwell said, “The further a society drifts from the truth, the more it will hate those that speak it.” Still, stand strong on your principles. Recognize on a minute-to-minute basis that the mainstream media is deliberately trying to mislead you and guide you away from the truth.  That includes the old guard media we used to trust back when we lived in the dark, like Dan Rather, who is trying to regain his old fame via leftist rants on Facebook. 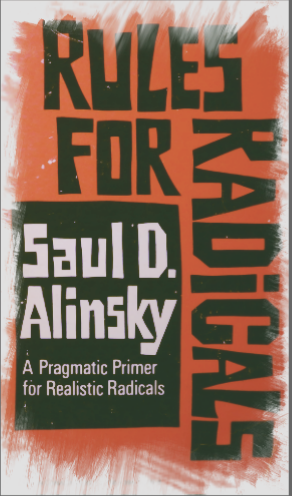 Second, as a reminder the following are Alinsky’s rules along with my own notes (italicized in red) about how they’re being applied today. Please read and re-read them, and try to recognize them when they occur – because they’re occurring at astounding rates these days.

1. “Power is not only what you have, but what the enemy thinks you have.”  (Recent allegations about Russia and Comey)

2. “Never go outside the expertise of your people. When an action or tactic is outside the experience of the people, the result is confusion, fear and retreat…. [and] the collapse of communication. (Using their “journalists” at NYTimes, ABC/NBC/CBS/CNN etc to try to convince the world, “And THAT’S the way it IS…”)

3. “Whenever possible, go outside the expertise of the enemy. Look for ways to increase insecurity, anxiety and uncertainty. (This happens all the time. Watch how many organizations under attack are blind-sided by seemingly irrelevant arguments that they are then forced to address.) (Continuous accusations of racism, hate, mask-covered protesters, and protesters attending town hall meetings, shouting down conservative speakers at colleges, attacking our 1st Amendment using ANTIFA brown shirts..)

4. “Make the enemy live up to its own book of rules. You can kill them with this, for they can no more obey their own rules than the Christian church can live up to Christianity.” (Using famously immoral celebrities like Cher, Ashley Judd, Madonna, etc. to speak out against immorality…)

5. “Ridicule is man’s most potent weapon. It is almost impossible to counteract ridicule. Also it infuriates the opposition, which then reacts to your advantage.” (See Sarah Palin, the Tea Party, FOX News, Steve Bannon, Milo, etc…)

6. “A good tactic is one your people enjoy.”  (Using television shows and movies to not-so-subtly portray Christian conservatives as rubes, imbeciles, terrorists…)

7. “A tactic that drags on too long becomes a drag. Man can sustain militant interest in any issue for only a limited time….” (Example, changing the subject from Russia to “2 scoops of ice cream,” then circling back around to Russia)

8. “Keep the pressure on, with different tactics and actions, and utilize all events of the period for your purpose.” (Protests, violence, safety pins, attacks on colleges, conservative speakers, etc. On a weekly basis they’re coming up with bigger, better tactics.)

9. “The threat is usually more terrifying than the thing itself.”  (See scary-looking masked protesters trying to keep people from attending events, and/or even the threat of being shouted down at a conservative speaking event…)

10. “The major premise for tactics is the development of operations that will maintain a constant pressure upon the opposition. It is this unceasing pressure that results in the reactions from the opposition that are essential for the success of the campaign.” (The DNC and groups like ANTIFA are doing this at this very moment, creating and organizing ways to keep the pressure on.  Funded by Soros and pals.)

11. “If you push a negative hard and deep enough, it will break through into its counterside… every positive has its negative.” (All-things-Russia.  “Republicans want to hurt women.” “Trump is a liar.” “Hate speech is not free speech”…)

12. “The price of a successful attack is a constructive alternative.” (If not Russia, Bannon. If not Bannon, Comey. If not Comey, ice cream. If not…you get it.)

13. Pick the target, freeze it, personalize it, and polarize it. In conflict tactics there are certain rules that [should be regarded] as universalities. One is that the opposition must be singled out as the target and ‘frozen.’…any target can always say, ‘Why do you center on me when there are others to blame as well?’ When you ‘freeze the target,’ you disregard these [rational but distracting] arguments…. Then, as you zero in and freeze your target and carry out your attack, all the ‘others’ come out of the woodwork very soon. They become visible by their support of the target…’ (Again, Palin, Tea Party, FOX News, Steve Bannon, Milo Yiannopoulos…)