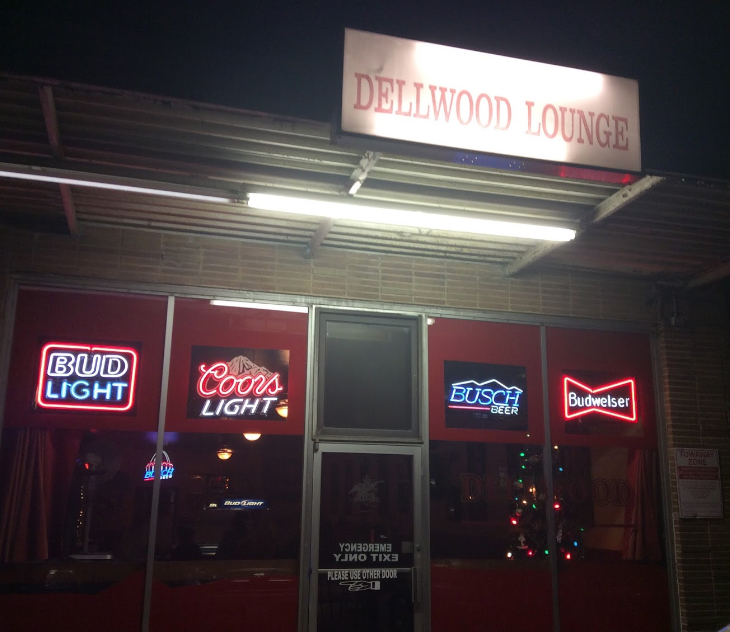 Most of us have a place near us we would call “the neighborhood bar”. It is not a flashy sophisticated place. It is usually a small place, if you don’t live in the neighborhood you probably have never heard of it and don’t know where it is at. You can pop in for a cold one after a hard day’s work, maybe after a softball game, or it can be the place you choose to spend your Saturday night out at. You can come in in jeans and a T-shirt, work clothes, or if you feel like it, spiff up a bit. It is a comfortable all-purpose hang-out.

It is still a few months off, but in the not too distant future the third anniversary of the Michael Brown shooting and the subsequent rioting in Ferguson Missouri will be upon us. Unfortunately, this was the way the world was introduced to the suburb roughly 20 minutes north of St. Louis. Ferguson has bounced back in a big way since those tension filled days of August 2014, heck they even have a Starbucks now. But back then, a lot was written about not just the events in Ferguson, but the people who live there as well. To say that the stories of the places and people of Ferguson were not always, well, accurate, is the understatement of the decade.

Back in December of that year, while the wounds in Ferguson were still pretty fresh, a website called “Vice” decided to tell the story of one reporter and photographer who were on the ground covering the events as they happened. They discovered a place called the Dellwood Lounge. They decided to go in and check it out. The first part of their description was positive. They describe it as a “refuge” from all that was going on in the street. While we can be glad that they found such a refuge, this humble correspondent also recently discovered the Dellwood Lounge. I have just one question, so far, were we in the same as place?

I walked into the Dellwood Lounge one Thursday night to meet a coworker to do what coworkers do, crab about work, exactly what a place like the Dellwood Lounge exists for. I was early, so I walked into a place I had never been full of strangers. Of course the regulars noticed a new face but I did not feel uncomfortable. When my friend arrived she introduced me to all of her friends sitting at the bar. I was warmly welcomed and offered plenty of hands to shake. If you ask the guys at “Vice” that is because I am white, no assumptions there right? I met men who obviously spent their days working and had earned a spot at the bar to relax and kick back for a few hours. I met women who smiled, shook my hand and asked my name. According to “Vice”, the women slathered on the make-up to hide years of sitting in smoky bars. But no one I met had make-up on thicker than the caulking in my shower.

One of the things that stood out to those intrepid reporters from “Vice” was the fact that the windows facing the street were boarded up after neighboring businesses had taken them down. The narrative being a familiar one driven by mainstream media, that it was “us against them”, the plywood over the windows offered protection against bands of marauding rioters, a.k.a., black people, let’s call it what they really want to call it. This was strictly a precautionary action. For people like this reporter who might not know, replacing plate glass windows is expensive. But certainly we would not expect him to ask questions or anything. The reporter claims that he was prepared at any second to hear the n-word dropped with reckless abandon, and the article refers to a now absent “Yelp” review of the bar that if that is what you want to hear, then the Dellwood Lounge is the place for you. Got another question, in the grand scheme of things, this reporter did not spend a lot of time with the folks at the Lounge under what could be described as less than usual circumstances. How on earth would he know this? Perhaps he may have chatted with Rico, one of the Dellwood Lounge regulars. Rico is a sweet guy who is eager to meet newcomers like me to the bar. But let’s remember that there is a narrative to be pushed here, and talking to a black guy who is a regular kind of blows that all to hell.

Which brings us to the fact that the reporter mentions that other than some local press, he never saw any national press at the Lounge. We all know there is a reason for that. Push the narrative that Ferguson is nothing more than a haven for racists. Push it at all costs, like most things in the mainstream media, the ends justifies the means.

Vice and other media outlets have had three years to portray good people who did nothing more than have the desire to protect their businesses and watch their community get destroyed around them as racists and bigots. Chances are they had, and still have some pretty strong feelings about that. But the time has come to set the record straight about the good people at the Dellwood Lounge.