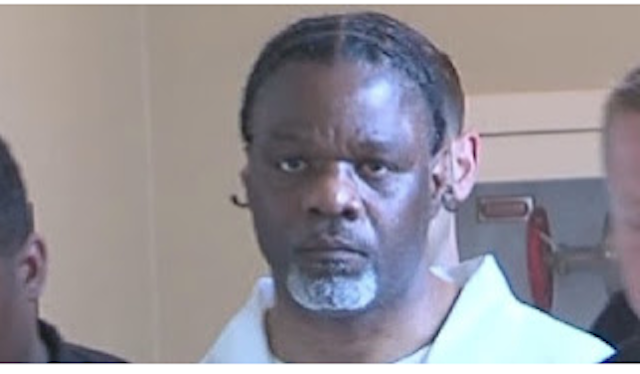 A few months after lefty activists crowded Washington D.C. for the Women’s March, activists from many of those same organizations went to bat for a serial rapist and murderer.

Ledell Lee’s victims were all women. While he was on trial for the rape and murder of Debra Reese, the testimony of three of his rape victims was presented. Lee had made a habit of knocking on doors and asking to borrow some tools to see whether a woman’s husband might be home.

Debra Reese called her mother and told her that a strange man had tried to borrow some tools. A few minutes later, Ledell Lee had beaten her to death with a tire thumper. Marks on her neck showed that the former baby boutique worker had also been strangled.

Then Lee headed out to spend the $300 he had stolen from her.

Three years earlier, Ledell Lee had attacked a 17-year-old girl while she was rocking her 3-month old niece to sleep. Lee hit her, dragged her out of the house, held her head under water until she lost consciousness and raped her.

A year after that atrocity, Ledell Lee attacked a 50-year-old woman walking home from the grocery store. He strangled her repeatedly, dragged her to the back of a building and raped her.

When Lee was caught after murdering Debra Reese, the evidence tied him to these assaults and two murders. He was convicted of two rapes and sentenced to death for his crimes against Debra Reese. Justice would be done. But first justice had to elbow past the ACLU and the pro-crime lobby.

In a Supreme Court dissent written on April 20, 2017, Justice Breyer whined, “Why now?” “The state is rushing to put him to death,” complained Nina Morrison of the badly misnamed Innocence Project.

But it’s her client who rushed to put his victims to death. Ledell Lee had committed his crimes in the first years of the nineties. His youngest victim is now in her forties. Arkansas had let him live for decades.

Midazolam, a medication approved for sedating infants, has a “risk of severe pain”, Sotomayor wailed. The “wise Latina” failed to clarify whether it’s more painful than being beaten to death with a tire thumper, being strangled behind a school building or being held underwater until you pass out.

Any and all of these alternative methods of execution should have been offered to Ledell Lee.

Despite the panicked warnings by agonized human rights activists about the suffering that Ledell Lee might experience if Midazolam were used, it took the left’s latest monster two minutes to lose consciousness. There was nothing to show that the murderer and rapist had suffered as he died.

The objections to Midazolam were a sham. The pro-crime lobby has worked to cut off the supply of drugs that might be used to execute murderers. Demanding more tests and filing new appeals was a slimy scheme by the pro-crime lobby to run out the clock until the Midazolam expired.

And then Arkansas wouldn’t have been able to execute Lee no matter the results.

The left loved Ledell Lee as it loves all its monsters. The ACLU and Innocence Project filing tenderly dwells on Lee’s victimhood. We are told that he repeated eight grade and his mother smoked when she was pregnant. But despite Lee’s supposed retardation, he was cunning enough to scout houses, contrive a pretext for finding out if women were home alone and then raping and murdering them. Despite his time in special education, he managed to conduct a rape and murder spree for three years.

The pro-crime lobby would have us believe that Ledell Lee is smart enough to rape and kill, but too stupid to die.

The stupidity defense has become the new insanity defense. Every killer on death row is suddenly diagnosed with lead poisoning, fetal alcohol syndrome and mental retardation. Once you hear an ACLU lawyer argue that his murderer is too stupid to die, you know that he’s guilty as hell.

The case of Ledell Lee showed us again what was at stake in the Gorsuch battle. Legal debates sometimes seem abstract. And yet they are as real as a teenage girl being dragged out of her sister’s home into the woods, a woman being strangled behind a school and a housewife being beaten to death with the tool that her husband gave her to protect her.

“If the six of you had been in that conversation, you would have come away not saying, oh these are some thugs or superpredators that I can’t relate to,” Obama smugly boasted. The left prides itself on relating to “superpredators”. It empathizes with Ledell Lee and not his victims.

That’s what Obama’s justices did. That’s what anyone else he appointed would have done.

Gorsuch’s successful appointment to the Supreme Court won justice for the women whom Ledell Lee raped and murdered. Over the objections of the pro-crime Sotomayor, Kagan, Ginsburg and Breyer.

In a small moment, Justice Gorsuch stood up for justice and against the pro-crime lobby. He brought closure to the victims and their families. He made sure that Arkansas was allowed to do the right thing.

“With his first vote, the Supreme Court’s newest member sent a man to die,” the New York Times sneered.

But the Times, as usual, is wrong. With his first vote, Justice Gorsuch helped put down a monster.

During his trial, Ledell Lee’s lawyer asked who were we to decide when someone dies.

“I will tell you who we are,” the prosecutor replied. “We are the hunted.”

We are the hunted. The monsters that the left shields, protects and promotes are hunting us on the streets and in our homes. When they are caught, the left frees them. When they are sentenced, the left fights for them. It builds sanctuary cities to protect them and ties the hands of the police who fight them.

Everyone who has been a victim of crime knows what Lee’s prosecutor meant. The left stands with the hunters, the robbers, the rapists, the killers and looters. Justice Gorsuch stood with the hunted.

The left stands with them. He stood with us.

Julie Borowski: Is Healthcare a Right or a Privilege?