American leftists celebrated the venerable Communist holiday of May Day in the traditional fashion. Portland grad students, who have never worked a day in their lives, marked International Workers Day by smashing the windows of local businesses. There’s a long proud tradition of the revolutions of the working class being led by rich leftists like Marx, Engels, Lenin and Castro to whom work is an evil mystery that they spent their miserable lives resolving never to become acquainted with. 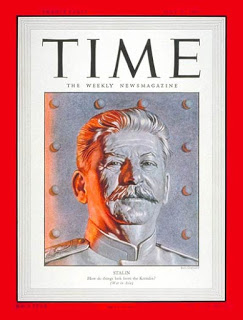 The New York Times, which has far too many of its own windows to go around smashing those of others, instead offered some sickening nostalgia for the red dead past with a little piece titled, “When Communism Inspired Americans.”

Which Americans did Communism inspire? Communists and their fellow travelers. Despite the news stories cheerfully reporting on May Day protesters in the United States waving Soviet flags, there aren’t very many Communists in this country. Communism is a demanding mistress. It requires knowing a whole lot, not so much about the real world, but about Communism.

Most leftists are dilettantes. They admired and admire Communism’s commitment to murdering millions of people and arguing the esoteric dogmas of the party line. It’s this latter that Gornick’s New York Times piece bleeds with nostalgia for. She tells us, again and again, that the Communists were wonderfully inspirational because they sat around kitchen tables arguing about ideas.

So did the Nazis. But the New York Times doesn’t print fond recollections of debates over whether the Japanese really counted as Aryans and how National Socialism should approach the rights of workers. Nostalgia for the Third Reich is rightly regarded as abominable. And the hobby of those who have a soft spot for its murderous totalitarian ideology.

Curiously, the left never applies this same indictment to its own fondness for Communism. Instead it traffics in nostalgia for Communism’s idealism, as if its ideals were any nobler than those of Nazism. But the left believes they were. And how could it not? Communism is just the left taken to its inevitable conclusion. And so the left excuses Communism’s excess of enthusiasm for the cause.

Mistakes were made. The mass murder of millions being one of them. Generations of repression being another. Forced abortions, mass starvation, forced labor, slavery, death camps, virulent racism, psychiatric torture, invasion and terrorism being a few others. But their ideals were so idealistic.

Communism didn’t inspire Americans, it did inspire the left to try and turn America into a totalitarian state. It still does. This is the dirty little secret that leaks out of the left. When the media runs these evocative nostalgic pieces about Communism, it’s the equivalent of a pedophile sharing snapshots of summer camp. It’s the disgusting secret of truly vile people leaking out.

And the vile people are the cultural leftist elites claiming to be our moral superiors on account of their commitment to total government control of everything… for the benefit of the people. 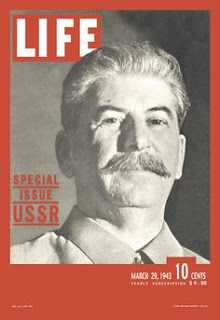 The Soviet Union began murdering Jews when the Holocaust was just an evil twinkle in a mad Fuhrer’s eye. It went on murdering Jews long after he shot himself in the head. Stalin liked Hitler’s Holocaust so much that he tried to plan his own version of it. He would have gotten away with it too if he hadn’t died, throwing the Soviet Union and his various malicious plans into chaos with it.

The left doesn’t believe that Hitler was bad because he killed Jews. Mass murder isn’t a crime in the left’s eyes. Just ask Stalin, Mao, Pol Pot and the rest of the gang of monsters whom the left defended in papers just like the New York Times until they had committed the worst of their crimes.

As long as the Hitler-Stalin pact held, leftists vehemently campaigned against war. There were plenty of “Hitler is bad, but” pieces of the sort that they’re running about North Korea or Iran. Hitler only became truly irredeemable when he invaded the Soviet Union. And then everyone, except the Trotskyists, decided that Nazi Germany was utterly evil. Leftist fellow travelers went, in the span of days, from protesting “warmongering” and “militarism” to demanding action yesterday.

And that too is another dirty red secret of the left.

It’s inconceivable that the New York Times or any paper would run a glowing piece titled, “When Nazis Inspired Americans”. No fond recollections from participants in the Madison Square Garden rally. No fond memories of Bund camps. No sugar-coated recollections of how the Thousand Year Reich would create a better world… only to then learn that Hitler wasn’t a very nice man.

But “When Communism Inspired Americans” regurgitates the same exact message. And it remains acceptable because the left feels an emotional and intellectual connection with Communists.

That is the ugly truth at the root of our conflict.

Liberalism, the old vintage that actually stood up to Communists, is as dead as the dodo. In its place are smug leftists eager to repeat the same old sins.

Nazis don’t get a forum to pour out their romantic nostalgia for attending Hitler rallies. Communists do because the left sympathizes with them. It must offers occasional apologies and disavowals, but the love for a horrifying ideology that was totalitarian all the way down, whose mass murder of millions was not an accident of fate, but was always an integral part of it, tells the truth about the left.

“The party was possessed of a moral authority that lent shape and substance, through its passion for structure and the eloquence of its rhetoric, to an urgent sense of social injustice,” Gornick writes.

Gornick begins with individuals and concludes with the ugly collectivist mass of the party. It is always the party in the end. The individuals are disposable. They are, as Stalin said, statistics. 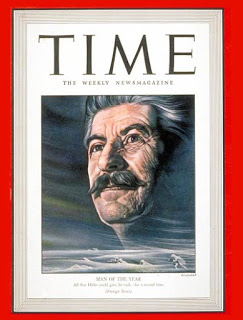 The rest is tiresome. The same recitations of “We knew nothing”. As if the crimes of Communism had been some sort of mystery until Khrushchev admitted them.

And what were the Moscow Trials? What were the decades of reports about abuses and atrocities?

Like Pol Pot’s crimes, an outraged left denied it all.

After all the mass murders and crimes have been admitted, the left always returns to this nostalgia. To that emotional linkage to the total commitment to a totalitarian state.

This is the left. It returns, like a dog to its vomit, to the dream of the true radicalism of a totalitarian leftist state. It occasionally deals with uncomfortable truths. Circles around them. And then it lapses back into an opium dream of Marxists sitting around a kitchen table and debating which windows to smash first and whom to shoot first.

Sandra Solomon: What Islam Taught Me About the Hijab