Also in attendance were dozens of students from various California universities, including members of the Berkeley Republicans who are unable to hear former Berkeley alumni David Horowitz speak on their campus due to his being on Berkeley’s blacklist.

Master of Ceremonies, the always funny and poignant Evan Sayet, kept the evening flowing.  One of Evan’s biggest laughs of the night was when he explained that he had previously been Master of Ceremonies for David Horowitz’ Restoration Weekends “until Horowitz discovered (Bill) Whittle and was able to get him cheaper.”

AFA Vice-President Michael Lee Greer introduced the first award recipient, Philip Haney, who received the American Freedom Award for his work as a DHS whistleblower.  Haney’s book, See Something, Say Nothing, details how the ‘purging of this important information has put America in danger.’  Unfortunately Haney said all of the problems he previously wrote about in his book are still being implemented in the DHS today, but that he will fight to continue shining the light on the dangers occurring inside our country. 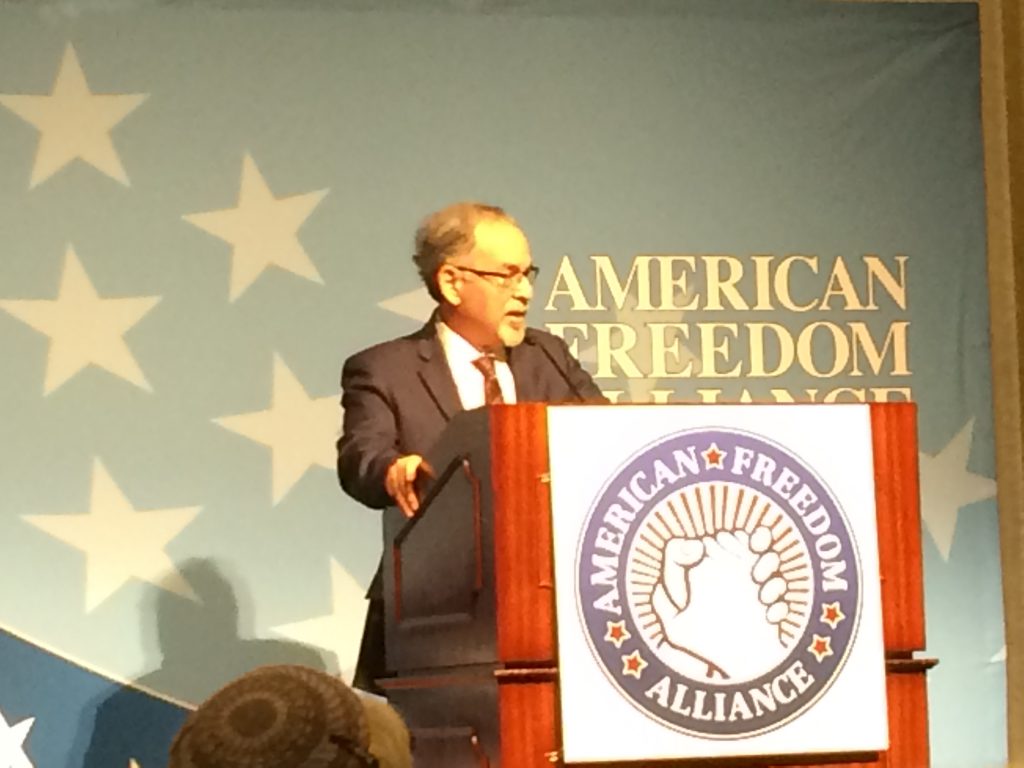 The Hero of Conscience Award winner, David Horowitz, talked about the thorough infiltration of leftism in America’s school systems, “from K-12”.  As someone who is a self-described “Red Diaper Baby”, the fact that universities across the U.S. won’t allow him to speak anymore is very telling. Horowitz said the fight today is filled with violence, and it won’t be easy to fight back “but we must”.  Despite trying to suppress Horowitz’ voice, his newest book, Big Agenda: President Trump’s Plan to Save America has been a NYT Bestseller over 4 months. 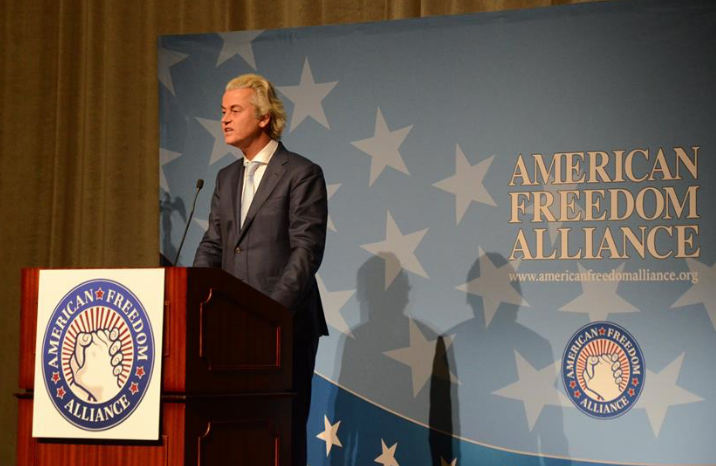 Previous Hero of Conscience recipient, Geert Wilders, ended the evening magnificently. Security was extremely high getting into the event because of death threats against Wilders.  He said because of his outspokenness about Islam he will have to live the rest of his life surrounded by security.  “My privacy is forever gone,” he said, adding, “Today we are all on the death list, not just me.”

Wilders, a Dutch Member of Parliament and leader of the Party for Freedom, expressed frustration at the way Europe has been overtaken by Islamists, “and it’s only going to get worse.”

“Look at Europe and hope it doesn’t happen to your country,” he warned.

Wilders gave many examples of how America should carefully heed what’s happening in Europe.  Calling it “Eurabia, Wilders said, “Europe is being replaced and colonized by Islam.”

On the subject of Israel, Wilders said, “Israel is a sea of light in a world of darkness…It’s not a fight about land, it’s a fight about ideology.”

Wilders offered ways the world can fight the “colonization” of Islam, including ridding the world of political correctness.  He said we should not allow Islamic schools in our countries: “We cannot allow them to be educated in Sharia law.”  He also said immigration with Islamic countries should end. “For those already here, if you adhere to our constitution and laws you are welcome but if not, if you adhere to Sharia ” you are gone.

“Cultural relativism is killing our countries,” Wilders said. “Let us be proud of who we are and where we come from.”

Congratulations to Dr. Karen Siegemund and her team at AFA for a wonderful event, and if you’d like to donate to this ground-breaking organization visit their website HERE.