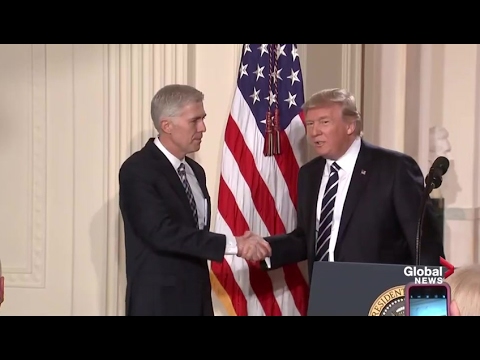 The U.S. Supreme Court, including the newly confirmed conservative Associate Justice Neil Gorsuch, will soon conference to discuss a gun-rights case from California that has the potential to expand the Second Amendment.
Newsweek reports:
“In Peruta v. California, the justices would decide whether the Second Amendment entitles law-abiding citizens to carry handguns outside of the home for self-defense, including concealed carry when open carry is prohibited by state law. Edward Peruta and other gun owners who were denied concealed-carry permits by the San Diego County sheriff appealed the case to the Supreme Court in January, The San Diego Tribune reported earlier this year. California has some of the strongest gun laws of all 50 states. Regarding concealed carry, every state and Washington, D.C., allows it in some form.

Peruta first filed a lawsuit in 2009 to challenge the county’s policy of requiring “good cause” to obtain a concealed carry permit, saying the policy violates the Second Amendment. The strongest concealed carry laws in the country require applicants to demonstrate good cause or a justifiable need as to why she or he needs a permit. In California, for example, good cause exists to issue a concealed carry weapons permit when there is a clear and present danger to the applicant or the applicant’s spouse, family or employees, according to the Law Center to Prevent Gun Violence.

The gun-rights advocates most recently lost on appeal in the 9th U.S. Circuit Court of Appeals in June 2016, when federal judges ruled that San Diego’s policy is constitutional. Earlier this week, the court rescheduled discussion related to the case. It remains unknown when the justices will meet to consider and decide whether to hear it.

If the justices decide to take on the case, though, it could be the most important ruling on guns since the 2008 landmark decision in District of Columbia vs. Heller. In that ruling, the justices recognized, in a 5-4 vote, an individual’s right to keep firearms at home for self-defense. Scalia, who was a strict originalist and conservative, wrote the majority opinion in Heller, joined by Justices John Roberts, Samuel Alito, Anthony Kennedy and Clarence Thomas. Besides the late Scalia, those justices all still serve on the court. But the high court hasn’t yet ruled on the right to carry a gun outside of the home.”

This Israeli Says, "Enough being PC, radical Islam has declared war in Israel"