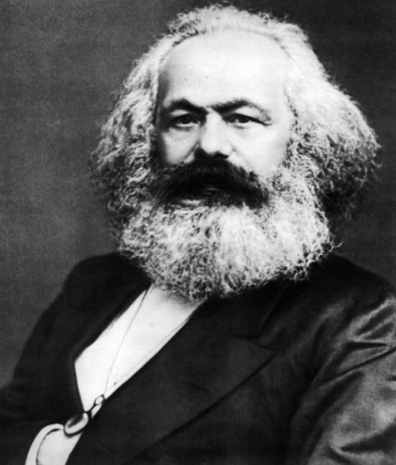 For those of us old enough to remember, news anchor Walter Cronkite always ended his nightly news broadcast saying, “And that’s the way it is.”  But was Cronkite’s version of the news really the ‘way it was’, or was he perhaps leaving out crucial details in order to spin his stories his way?

In today’s world of mistrust for all-things-media,  how do you discern the truth from #FakeNews?  To understand, we should look no further than the early Marxist origins of journalism in America.

The very first seeds of Socialism began in Switzerland by Jean-Jacques Rousseau (1712-1778).  Rousseau was a philosopher who helped influence the French Revolution and developed the growth of nationalism. Following Rousseau was Karl Heinrich Marx (1818 –1883), a German philosopher who adapted many of Rousseau’s beliefs.  Marx believed capitalism was the “dictatorship of the bourgeoisie” and wanted to create a ‘workers state’—or leveled playing field, as the leftists of today like to call it.  Marx believed socialism would eventually be replaced by a “stateless, classless society called pure communism.”

Socialists were enthralled with Marx’s theories and wanted to find a way to spread the word.  So they did what all good socialists do: they began indoctrinating Youth via the *Frankfurt School.  The Frankfurt School was founded in Germany and is described as a school of “neo-Marxist interdisciplinary social theory.”  The school offered an alternative to capitalism and one of its biggest messages—and something that is continuing to affect the United States today—is something called ‘critical theory’.

Max Horkheimer of the Frankfurt School described critical theory as “social theory oriented toward critiquing and changing society as a whole, in contrast to traditional theory oriented only to understanding and explaining it.”  They wanted to integrate all the social sciences—including economics, sociology, history, political science, anthropology, and psychology.

Basically what that means is Frankfurt School wanted to infiltrate all aspects of society and to change the way “the educated” thought about things by inserting their Marxist beliefs.  And they wanted to do it by—very, very subtly–infiltrating our schools and universities and indoctrinating youth.   (This is yet another strong argument for parents to get more involved in your children’s public education, from elementary on.  Common Core is a perfect example of this type of infiltration, and it’s never been more important to read your children’s textbooks.  If anything smells funny, say something–make a stance.)

The Marxists officially began their indoctrination in American youth during WWII, when the Frankfurt School came to America, introducing their Marxist teachings into New York’s Columbia University.  Soon, Frankfurt’s sociology department was affiliated in universities throughout the United States.

From an article called “Intro to the Frankfurt School”:

The Frankfurt School is the name given to the social engineers that fled Nazi Germany in order to set up their Marxist experiment in the United States. In the 1960s, while the Baby-boomers were ripe for cultural transformation, cultural Marxists such as Herbert Marcuse, Max Horkheimer, Theodor Adorno, Erich Fromm and Charles Reich practiced “critical theory,” “androgyny” and “cultural pessimism” in their “long march through the cultural institutions” — institutions such as the arts, cinema, theater, literature, universities, public school system, clergy and today what’s become known as the mass media. Find out how the culture you are now living, sleeping, eating and breathing in has been bastardized by cultural Marxism, also known as ‘political correctness.’

Dr. Benjamin Spock was a big follower of Erich Fromm.  Yes, the famous baby doctor was a big-time Socialist.  But one of the most influential at the Frankfurt School— and someone whose influence is still worshipped by Liberals/Socialists today–was Herbert Marcuse and his New Left theory.

Marcuse began his teaching career in 1952, first at Columbia, then Harvard, then Brandeis University and ultimately ended up at the University of California, San Diego where he taught until he retired in the late 1970’s.  Basically, Marcuse’s New Left was all about tolerance—as long as you are only tolerating liberal/Marxist beliefs, of course.  From Marcuse’s 1965 essay “Repressive Tolerance:

Liberating tolerance, then, would mean intolerance against movements from the Right and toleration of movements from the Left…Surely, no government can be expected to foster its own subversion, but in a democracy such a right is vested in the people (i.e. in the majority of the people)… They would include the withdrawal of toleration of speech and assembly from groups and movements which promote aggressive policies, armament, chauvinism, discrimination on the grounds of race and religion, or which oppose the extension of public services, social security, medical care, etc.

Marcuse’s New Left began in the 1960’s with the Hippie movement, which consisted of community organizing and college campus protests.  They were activists, educators and agitators who wanted to push their Socialistic agenda further than it had ever been pushed in America–and one of the famous and most effective members of the New Left was Saul Alinsky.

Alinsky (1909-1972) literally wrote the handbook for the Progressive movement, “Rules for Radicals”, which continues to be used throughout social culture and the media in 2011.  Playboy magazine once called Alinsky “one of the great American leaders of the nonsocialist left.”  In 1970, Time magazine wrote that “American democracy is being altered by Alinsky’s ideas” and William F. Buckley said he was “very close to being an organizational genius.”

Some very influential Alinsky followers were Ralph Nader, Cesar Chavez and Jesse Jackson.  Hillary Clinton wrote her senior honors thesis about the works of Alinsky and “the effect they have on politics today.”  And of course THE community organizer of 2011, Barack Obama, once wrote a Harvard paper called “After Alinsky:  Community Organizing in Illinois”.

By the way, Barack Obama’s first political Party—back in his radical community organizing days–was the “New Party,” aka Socialist Democrats:

The New Party was a radical left organization, established in 1992, to amalgamate far left groups and push the United States into socialism by forcing the Democratic Party to the left. It was an attempt to regroup the forces on the left in a new strategy to take power, burrowing from within. The party only lasted until 1998, when its strategy of “fusion” failed to withstand a Supreme Court ruling. But dissolving the party didn’t stop the membership, including Barack Obama, from continuing to move the Democrats leftward with spectacular success.

The brilliant thing about Alinsky’s work—and the reason it continues to be so effective today—is because its plan is to destroy their enemy from within through (very sneaky) infiltration and indoctrination.  Alinsky encouraged his radicals to plant seeds of class warfare from within through community organizing. According to Alinsky, the community organizer — especially a paid organizer from outside — must first overcome suspicion and establish credibility. Next the organizer must begin the task of agitating: rubbing resentments, fanning hostilities, and searching out controversy. This is necessary to get people to participate. An organizer has to attack apathy and disturb the prevailing patterns of complacent community life where people have simply come to accept a situation.”

Or to put it more simply, “The first step in community organization is community disorganization. ”  Through a process combining hope and resentment, the organizer tries to create a ‘mass army’ that brings in as many recruits as possible from local organizations, churches, services groups, labor unions, corner gangs, and individuals.

One of the most effective Alinsky techniques used today–and something the GOP falls for constantly–is when “the organizer” baits an opponent into reacting. “The enemy properly goaded and guided in his reaction will be your major strength.”

The first seeds of Socialism in America were planted in New York, were cultivated throughout our universities, and helped influence everything from arts and entertainment to newspapers, film and television.  And as Andrew Breitbart cryptically said about Barack Obama’s presidency, “We have now entered the first full-fledged Alinsky presidency.”

Alinsky’s Rules are best summed up by Alinsky himself:

What follows is for those who want to change the world from what it is to what they believe it should be. ‘The Prince’ was written by Machiavelli for the Haves on how to hold power. ‘Rules for Radicals’ is written for the Have-Nots on how to take it away.”“Alinsky provides a collection of rules to guide the process. But he emphasizes these rules must be translated into real-life tactics that are fluid and responsive to the situation at hand.

As a refresher, here are all of the Alinsky Rules.  Study them, know them, and recognize them when you see them.  Progressives in America are counting on our side not knowing their secrets—so it’s our responsibility to make sure we do.

*This article merely skims the surface of a very deep subject. Please read more about the Frankfurt School:  “The Frankfurt School and its Critics” by Tom Bottomore.  Frankfurt has been enormously influential on American society. And I strongly encourage you to read articles by our own Dr. Sarah Condor who actually lived under (and ultimately escaped) socialism.  Also “The Road to Serfdom” by F.A. Hayek.  At this stage of the game, it is vitally important to be as aware of any and all threats coming our way in America.