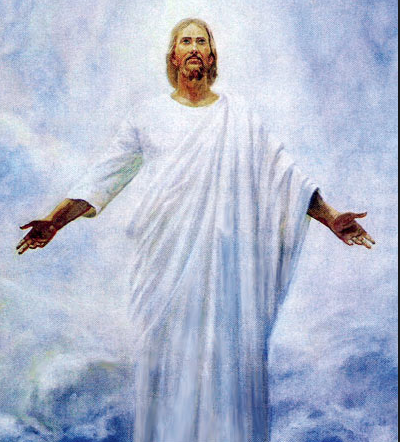 Jerusalem was crowded this past week with Passover, but the main focus of residents and visitors alike are the mysterious events which surround the execution of the controversial figure Yeshua ben Yosef.

The man many called Jesus was well known throughout the region for his teaching, healing powers and miracles. Some considered him a revolutionary leader and many believed he was simply a good teacher. In fact his teachings in Synagogues and with impromptu gatherings of disciples and questionable characters made many local leaders infuriated. They believed him to be so dangerous due to the popularity of his teachings which they considered blasphemous, that they had him arrested him shortly after he and his disciples had taken part in their Seder.

According to witnesses, Jesus was taken by guards’ shortly after midnight and brought before the Sanhedrin for questioning and then handed over to the Roman authorities for further questioning. Pontius Pilate determined that the problem was confined to the Jews, so Jesus was then turned over to Herod.

While it was apparent that Jesus had suffered numerous beatings, Herod cared little to intervene and Jesus was once again brought to Pilate’s attention where he was flogged and scourged. Local leaders and rabble rousers still demanded that Jesus should be executed. Due to the sizeable crowd and fearing further disruptions during the Passover season, Pilate washed his hands of the situation and placated the crowd by sentencing Jesus to death by crucifixion.

He was one of three to be crucified and was heard praying for those who brought him to the cross. Details of what happened in the next few hours and subsequent days were verified by many witnesses.

“He just cried out ‘it is finished’, and then breathed his last and died,” Remarked one witness. Others in the crowd verified this account of his last moments on the cross.

It was at that moment the district was struck by an earthquake. Local witnesses reported that the Temple priests fled as the veil which had separated the Holy of Holies and the rest of the inner Temple was torn from top to bottom just before the earthquake. A local shop owner who had been at the Temple described, “You should have seen them. They were terrified that they were going to die. They ran screaming, tearing their robes as they went past us.”

Due to the lateness of the hour, Jesus was laid to rest in the tomb of Joseph of Arimathea. The mother was accompanied by Mary of Magdalene, a devoted disciple of Jesus as they brought spices and burial clothes for the deceased.

The events hereafter are even more bizarre and there is some conflicting eyewitness testimony of what happened early Sunday. The women arrived at the tomb to find it empty and the facial cloth was found folded up neatly next to the burial wrappings. Other disciples rushed to see as they heard the incredible tale and confirmed that the body was gone.

One high ranking member of the Pharisees who didn’t want to be identified was infuriated and claimed that the disciples paid off the Roman guards and removed the body sometime before sunrise, while another accused the guards of falling asleep on duty- a serious crime which is punishable by death.

Later developments are sketchy as reports around the region have been coming from people claiming to have not only seen Jesus alive, but have walked with and even eaten meals with him. These reports are leading to counter arguments which say that Jesus never died, but perhaps fainted and was only believed to have died. “I think he was revived and removed by devoted followers.” exclaimed one man who was among a group of skeptics at the Temple.

This is highly unlikely however as experts have informed us that even if by some miracle Jesus had survived his earlier scourging, flogging and crucifixion, he and the disciples never would have been able to move the huge stone which closed off his tomb without being seen by many witnesses. People never could have kept a story such as that buried for long.

It’s also been reported about the remarkable change in some of the closest disciples, who were in hiding, fearful for their own lives immediately after Jesus’ initial arrest. One of them, Peter, had even denied knowing Jesus three times during the trial, but has been recently seen with others’ preaching boldly around Jerusalem of the resurrection of life through Jesus, the Christ. Reports are widely circulating that they’ve already been beaten and threatened of prison time for their strange messages.

Could Jesus be the risen Christ?

Remember that interviews and cross examination from many witnesses not too long ago in Bethany, were undisputed that Jesus caused a local man Lazarus to rise from the dead, days after he had been entombed.

While researching the teachings and following of Jesus, there are recollections of miraculous and strange events surrounding His birth some 33 years ago. Many people have claimed Jesus is the fulfillment of the ancient prophets such as Isaiah who wrote of the coming Messiah.

Among prophecies Isaiah had written is chapter 9 verse 6: “For to us a child is born, to us a son is given, and the government will be on his shoulders. And he will be called Wonderful Counselor, Mighty God, Everlasting Father, Prince of Peace.”

Ancient scriptures also foretell of a suffering servant, even from the time of King David, when the Psalmist wrote in chapter 22, describing the same kind of death and eyewitness accounts of what happened this past weekend, “I am poured out like water, and all my bones are out of joint: my heart is like wax; it is melted in the midst of my bowels. My strength is dried up like a potsherd; and my tongue cleaveth to my jaws; and thou hast brought me into the dust of death. For dogs have compassed me: the assembly of the wicked have inclosed me: they pierced my hands and my feet. I may tell all my bones: they look and stare upon me. They part my garments among them, and cast lots upon my vesture.”

Of the best-known prophecies in the Hebrew Scriptures concerning the death of Messiah is also from Isaiah, chapter 53 which was written more than 700 years ago:

“He is despised and rejected of men; a man of sorrows, and acquainted with grief: and we hid as it were our faces from him; he was despised, and we esteemed him not.

Surely he hath borne our griefs, and carried our sorrows: yet we did esteem him stricken, smitten of God, and afflicted. But he was wounded for our transgressions, he was bruised for our iniquities: the chastisement of our peace was upon him; and with his stripes we are healed….

And he made his grave with the wicked, and with the rich in his death; because he had done no violence, neither was any deceit in his mouth. Yet it pleased the Lord to bruise him; he hath put him to grief: when thou shalt make his soul an offering for sin, he shall see his seed, he shall prolong his days, and the pleasure of the Lord shall prosper in his hand.

He shall see of the travail of his soul, and shall be satisfied: by his knowledge shall my righteous servant justify many; for he shall bear their iniquities.”

If there is any validity to the claims that Jesus is the Christ, this will not be confined to the villages scattered throughout our own region, but will impact the whole world for years and perhaps centuries to come.

Beauty From Ashes: We All Have Our Stories