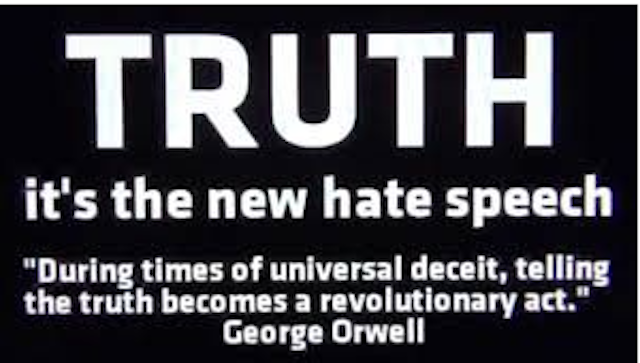 The incessant attacks of the liberal media, the leftist political wing of government, and the “Never Trump” faction of our own Republican party (as well as the same group among the Democrats) against our elected President continue. It goes without saying that they ruthlessly pick apart his policy decisions, looking for the infinitesimal weak point in his reasoning and using it to make him appear vulnerable. But it would seem that President Trump can’t even open his mouth – or, as is his preference, whip out his phone and post a tweet – without those who never got over the results of the election calling him nonsensical.

Recently, President Trump posted to his Twitter feed that he had discovered that the preceding Obama administration had conducted illegal surveillance of him during the presidential campaign. Immediately, and for weeks following, Democrats and the complicit media viciously attacked him like a pack of rabid dogs, calling his allegations “unprecedented” and pointing out how serious they were in their impugning of a former President. Well, they were right about that seriousness. But they also repeatedly accused President Trump of making his claims without evidence – even as that evidence has been steadily pouring in.

To begin with, as outrageous as it was, what was done to President Trump wasn’t anything new. We have known for years that the NSA has been involved in wiretapping and other surveillance activities – without the burden of obtaining warrants – against prominent American republican politicians, businessmen, and pretty much anyone else they wished. Why they were interested in this information is anyone’s guess, though of course the acquisition of potential blackmail material is the most obvious answer. Either way, as a wealthy and successful real estate entrepreneur, President Trump has been a prime target for this illicit surveillance for a very long time. When he tweeted about what wiretapping against him during just the campaign, he may well have been understating the truth – not overstating it.

The ways in which the NSA gets away with this are many, but one of their favorite tactics is to use foreign intelligence agencies to do their dirty work for them. For example, the “Government Communications Headquarters” – also known as the GCHQ – is a British spy group which the NSA gives full and unrestricted access to its surveillance database and conducts surveillance of Americans themselves, sharing the results with the NSA. Since the GCHQ isn’t bound by the American Constitution, they are able to skulk by on a technicality in committing this Orwellian violation of Americans’ privacy rights.

As far back as two years ago, CIA and NSA whistle blower Dennis Montgomery attempted to present evidence of these activities to congressional intelligence committees and various individual representatives. However, he says, he was roundly ignored – no one wanted to hear anything about this. Our own government, it seems, is well aware even at the elected level that Americans are having their privacy flagrantly disrespected, and are perfectly fine with it; in fact, they are intent that the violations should continue.

Considering the scale of this warrantless surveillance, it becomes obvious that President tweeting about wiretapping in the relatively recent past is merely the tip of the iceberg. Yet, rather than acknowledge that not only he, but countless other Americans have indeed been subject to unlawful surveillance by their own government, Democrat and media figures continue to repeat ad nauseam the provably false line that there is “no evidence” of any such activities against him, and try to make him appear suspicious and wary of the crazed and paranoid media.

Well, there’s an old saying about that: It isn’t actually paranoia if they really are out to get you.

Michael Finch: Is the Fall Inevitable?