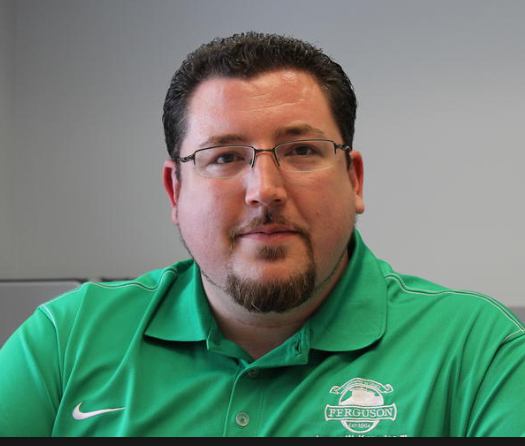 Poor mainstream media, 2017 just has not been a good year for them. It was bad enough those dim-wit hayseeds in fly-over country elected a racist, sexist, Muslim-hating homophobe like Donald Trump (note sarcasm), on Tuesday April 4 the good people of Ferguson Missouri, yes THAT Ferguson Missouri re-elected James Knowles to serve a final 3-year term as Mayor.

Knowles beat out City Councilwoman Ella Jones by a vote of 56% to 44%. Had Jones been elected, she would have been the first African-American female Mayor. Knowles was the guy at the helm that fateful day in August 2014 when black teen ager Michael Brown was fatally shot by white police officer Darrin Wilson. Knowles guided his troubled city through weeks and months of protests, riots, and scrutiny by a national media who, prior to August 9, 2014 could not find Ferguson Missouri on a map if their lives depended on it.

The media was not happy about Knowles re-election and it was handled in the usual race-baiting way. In a piece by Derek Hunter at The Daily Caller, he notes that NBC titled their coverage, “Ferguson Missouri declines to elect first black Mayor”. They go on to say that Knowles re-election could “harden the doubts of residents, protesters, and activists that anything will change”. Hunter also notes that the two reporters who wrote the story, Ron Allen and Alex Johnson, quoted no Ferguson residents, protesters or otherwise, for the story. How do they know how residents feel?

ABC news lamented in their headline that Ferguson voters, “opted for experience over change”. What ABC news fails to mention is that Ferguson has faced a $2.8 million deficit related to accumulated overtime pay for officers during the unrest, and thanks to the Obama administration and the Eric Holder Justice Department, another $2.3 million implementing a consent decree that mandates diversity training for officers and the establishment of a civilian police oversight board, then there are the new body cameras issued to every officer. In a city of roughly 21,000 working class people, change will be about all they have left.

But perhaps the most in-your-face coverage comes from a website called, “The Root”. It is a website whose audience is primarily liberal African-Americans. It appears they are not happy about much, and Mayor Knowles re-election is right at the top of that list. In a piece by Jason Johnson, the headline is, “Ferguson MO Stays in the Sunken Place, Re-elects Failed Mayor”. Just one question for Jason and the folks at The Root, do they know that on the night that the Grand Jury decision not to indict Darrin Wilson came down, and Ferguson once again started to burn, Missouri’s Democrat Governor Jay Nixon was nowhere to be found? The National Guard had been called in but was told to stand down. James Knowles could do nothing but what he described later as, “going down the food chain”, calling anyone he thought might be able to patch him through to the Governor, eventually landing at a local TV station. No Jason, failure is the Democrat Governor hiding under his desk while a Mayor tried to save businesses in his city, some of whom were being torched for a third time. What did you do that night that made a difference?

Johnson goes on to blame Ferguson’s black residents for what will surely be their own demise at the hands of that dastardly white mayor. James Knowles won by a 12% margin, 67% of Ferguson’s population is black. It would seem some of that 67% think James Knowles is doing a good job. They must not have gotten the memo that in order to be considered “black enough”; they had to vote for the black woman based on skin color.

Ferguson will continue to heal and become better and stronger. Good things continue to happen in Ferguson because of all of its residents. When will the media figure out that their race card is expired?