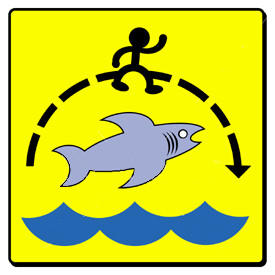 Ok, it’s official, MSNBC has officially jumped the sharks.  No, not one shark, but a whole ocean of sharks.  This is absolute insanity on behalf of Lawrence O’Donnell when he floated the idea on his program “The Last Word”, that Russia, at the behest of Vladimir Putin, ordered the chemical strikes on the people of Syria to make Trump look good and to distract Americans from looking into Russia’s so called involvement in our election process!  Has MSNBC literally fallen so far that they now routinely make up stories and conspiracy theories and present them as news?

Folks, this has got to stop.  Somehow the media needs to get a grip on itself and enter some kind of news rehab program.  The rampant fake news and conspiracy theories may be entertainment and good for a laugh, but we as Americans don’t have the time to wade through the “bs” and outrageous hallucinations that the left wing media is feeding us.

Where are the heads of the networks in all of this?  Why don’t the powers that be over at CNN and MSNBC have an intervention with their reporters and commentators and tell them that perhaps they need to tone it down a bit because they are now the political version of TMZ.  My apologies to TMZ, they actually have better reporters and tell the truth, as slimy as it sometimes is.

This would actually be funny if they were presenting this theory with a sarcastic, humorous tone, but they are not.  And the sad thing is, they have viewers who will absolutely believe it.

There are nut-job commentators and websites on both sides of the aisle, we all know who they are and we laugh and dismiss them for the most part.  However, when CNN and MSNBC, who purport to be legitimate news organizations start becoming just like the crazies on the far left and the far right, our media is gasping for breath and on life support.

Ex-Muslim Sandra Solomon: What Islam Taught Me About the Jews