For me, this is not about politics, but rather, it is about protecting people.
I feel an obligation to stand up for what I believe will protect individuals in all of our communities. We need to use all tools available, including our law enforcement partners, in order to ensure the protection of individuals and their families from serious and violent offenders.

If ICE is not given access to the jails where the most serious and violent offenders are housed, then, very predictably, ICE agents will have no other alternative but to seek out their targets and make their arrests in our communities, on the streets, in neighborhoods, and in homes. Everyone present; neighbors, family, friends, and spouses, could be at risk for deportation. I support the California State laws, known as the TRUST and the TRUTH Acts because they provide for safe and legal transfer of the violent and serious offenders whom ICE seeks and does so inside the controlled environment of our jails.

Recently on a straight party-line vote, Democrats in the Assembly Public Safety Committee killed common-sense legislation that would have allowed local law enforcement to contact ICE agents if an undocumented felon was arrested on suspicion of committing another crime.

“When it comes to convicted felons,” Gallagher told me, “we should be cooperating with the federal government. We should all be able to agree on that. No sanctuary for felons.

“It seems to me,” he continued, “that a lot of committee members and the chairman were getting caught up in the politics stuff and [President] Trump calling names. And that’s not what the bill was about. I was only fixed on convicted felons.”

In its political attempt to thwart President Donald Trump at any cost, California’s Democrat Party is endangering the larger community while simultaneously sheltering the most violent criminal illegal aliens from deportation. 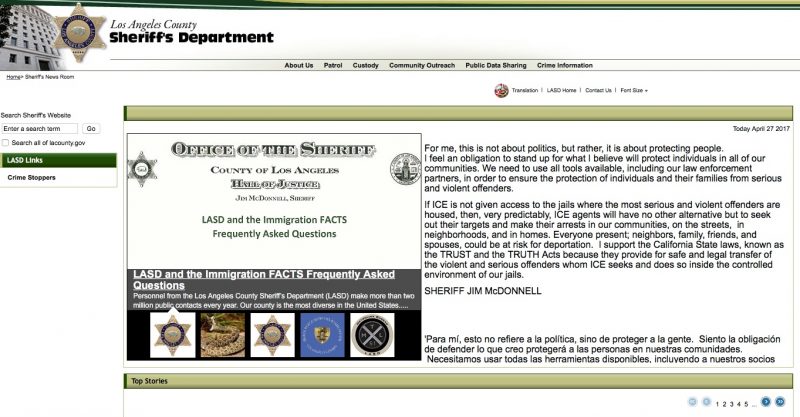