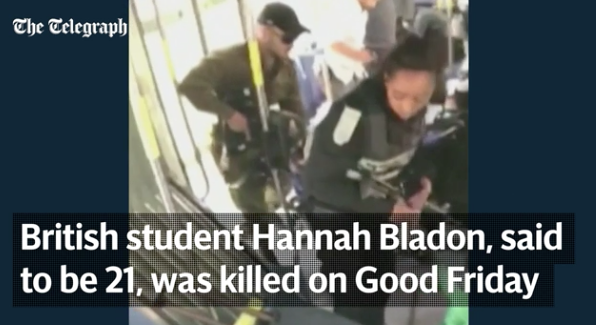 During the Christian Holiday of Good Friday, an Islamic terror attack happened in Jerusalem near the Damascus gate in front of the old city. The victim was a 20 year old British female student from London. The attack was an Islamic Arab from the “West Bank.”

One of the reasons why these terror attacks continue to happen in Israel is because of political correctness. For some reason the Israeli police decided to label the Islamic terrorist “mentally ill,” and right away the liberal media took the bait. Even calling them “Palestinian attacks” takes away from what this conflict truly is all about.

Why is that when an attack comes from an Islamist, it is immediately called something else? Terrorism will not go away until it is recognized for what it is, and to attack it at its core by teaching the youth that there is another way of life out there. Then and only then will terrorism cease to exist.

This incorrect labeling needs to stop, and we need to start calling it for what it is: radical Islam.

Another part of the problem is that the Government in Israel should also stop sugar coating these attacks and start educating their people about radical Islam. Keeping our people in the dark will only set them up to be victims of future attacks. We need to be direct in explaining that Islamic attacks have nothing to do with territory. This is a Holy war started by Muslims who want the only Jewish country to be wiped off the map, with a war that has been going on for thousands of years, even before the “State of Israel” came to be.

I call on all writers, journalist anyone who has a voice to speak the truth about radical Islam. We should elect people who are not afraid not to be politically incorrect on this issue.

Daniel Greenfield: A Murder in Paris