There is no question that Orange County, California, in which I am honored and privileged to live, has been blessed. It has prospered greatly, growing larger and wider than anyone originally thought possible (or than anyone initially planned for, frankly, creating challenges that it is incumbent upon us to address for the good of our county). I credit the spirit of hard work and personal responsibility with which our good people are possessed for this spectacular success, and I am grateful for our good fortune every day of my life. Because Orange County has become so prosperous and so enticing, it has attracted a large percentage of affluent residents who have earned a good life and find they can enjoy it here. But this concentration of wealthy privileged people has led to a very unique and very shocking immoral problem – one I can honestly say I never saw coming.

Orange County is rife with the deplorable practice of human trafficking. Even as I write these words, I can scarcely believe them, but I know they are true. What we’re mostly talking about, of course, is forced prostitution: women and children are brought here (often against their will) from poor countries or even poor sectors of our own 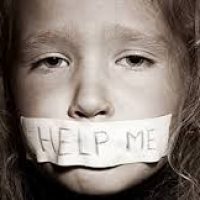 country, and often threatened with violence to compel them to “work off” their debt to the traffickers who import them. A recent report conducted by the Orange County Human Trafficking Task Force (OCHTTF), which is charged with keeping tabs on this segment of the criminal underworld, found that a majority of the victim of sex trafficking are (unsurprisingly) adult females and very young girls. Tragically, about one third of the victims are female minors – little girls, some as young as 13, possibly adolescent. It isn’t just sex, though. People are brought to Orange County to perform cheap labor (essentially, slavery) as well. Most of these victims are female, too, but while men barely register among those forced into prostitution, they represent about half the force that women do in coerced labor.

Why is this immoral crime such a prominent problem in our otherwise charming home in Orange County, Irvine? The answer is deceptively simple, and it has to do with the stunning success of this area. It seems that Orange County’s affluent residents have themselves attracted these perpetrators (pimps), who reliably find that they can charge substantially more than – sometimes even multiples of – what they would ask just about anywhere else in California for their “services”, and they will get it. I know enough about the people here to know that most of us would never even think of patronizing such reprehensible thugs, but it seems enough of us are in the market to create the promise of massive profits for these criminals. And their profits are indeed massive; these “people” go to great risk and expense to transport their girls into our county, and they do it because they know the payoff will be great. It’s bad enough that Lita Mercado, an administrator with the (OCHTTF), said of Orange County that it is “clearly a destination location.”

It goes without saying, but this isn’t okay. I may not like it, but I can ultimately accept living in a place where the occasional store becomes the victim of shoplifters; I cannot, nor will I, abide that my home is being used for the systematic enslavement and rape of women and girls (and men, looking beyond the sex trade). It’s time we first wake up to the reality that this problem exists, and next that we take responsibility for addressing it and shutting these monsters down.

I cannot imagine the agony of a mother whose daughter falls victim to this “industry”; I hope I never have to. Let’s put a stop to this, and save as many people and children as possible from ever having to know that pain.

Sheriff Flanked by Masked Deputies Warns Heroin Dealers: "We are coming for you. Run."