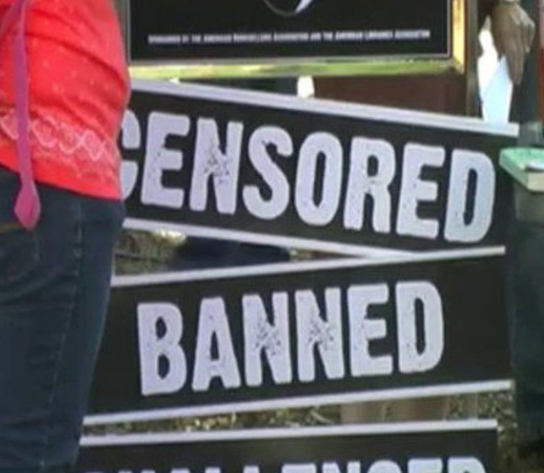 “Congress shall make no law respecting an establishment of religion, or prohibiting the free exercise thereof; or abridging the freedom of speech, or of the press; or the right of the people peaceably to assemble, and to petition the Government for a redress of grievances.”

When our children were small, we drove to visit relatives in another state.  In the car were my husband and I, our daughter age 6, and son who was was 3.  I am almost certain that our children talked before birth, and our son in particular always kept the air full of words.  Any vapor of thought in his head was guaranteed to pass through his mouth.

The day had begun well; this was our second day on the road.  In the afternoon, we got into a bad rain storm, no gps in those days thus I was endeavoring to help my husband follow a map, which was always a… joy.  Understandably needing a little silence my husband clearly instructed Wade to “Hush right now and do not say another word until I tell you.”

Suddenly the car was silent, and the tension thick.   And then— no tears, no tantrum— very quietly and seriously Wade said, “Mama, he won’t let me talk.”  “Why can’t I talk?” “I want to talk,” and finally, “I need to talk.”   We spent years in the car that day, but we all lived to tell it.  Now our children are grown and have children of their own.

Our First Amendment rights are being attacked.  Today in our colleges there are students and faculty who are trying to silence everyone who has an opinion that differs from theirs.  They call it hate speech, and they demand “safe spaces” where they do not have to hear anything they do not wish to hear.   In addition, look at the violence recently at Berkley during a speech by Milo Yiannopoulos.  Since then, Ann Coulter has effectively been banned from speaking at Berkley because of “safety concerns.”  And this week the New York Times printed a piece by Ulrich Baer, a professor at New York University, in which he said, “The idea of freedom of speech does not mean a blanket permission to say anything anybody thinks.”   No, Mr. Baer, that is precisely what it means, and you should know that.

This struggle over freedom of speech is not new.  Our Founders knew that our freedom to meet and to speak with each other was paramount to maintaining our freedom.  Benjamin Franklin proclaimed, “Whoever would overthrow the liberty of a nation must begin by subduing the freeness of speech.”  What’s more, U.S. Supreme Court Justice Hugo Black wrote, “The Framers knew that free speech is the friend of change and revolution. But they also knew that it is always the deadliest enemy of tyranny.”

The First Amendment guarantees our right to talk because we need to talk.  Even a 3-year old knows that.