As another Passover begins, the echoes of “Once we were slaves and now we are free” and “Next year in Jerusalem” resound briefly and then fade into the background noise of everyday life. We can board a plane tomorrow and fly off to Jerusalem. Some of us are already there now. But will that make us free? 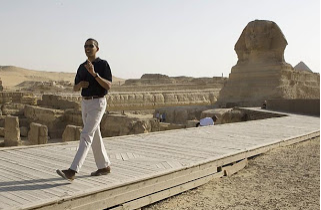 Since Egypt we have become slaves again, lived under the rule of iron-fisted tyrants and forgotten what the very idea of freedom means. And that will likely happen again and again until the age ends. What is this freedom that we gained with the fall of a Pharaoh and the last sight of his pyramids and armies?

What is a slave? A slave is complicit in his own oppression. His slavery has become his natural state and he looks to his master, not to free him, but to command him. Had the Jews of Egypt merely been restrained by physical coercion, it would have been enough to directly and immediately smash the power of the Egyptian state. But their slavery was mental. They moaned not at the fact of slavery, but at the extremity of it. When their taskmasters complained to Pharaoh, it was not of slavery, but of not being given the straw with which to build the bricks.

The worst slavery is of the most insidious kind. It leaves the slave able to think and act, but not as a free man. It leaves him with cunning, but not courage. He is able to use force, but only to bring other slaves into line. And most hideously, this state of affairs seems moral and natural to him. This is his freedom.

The true slave has come to love big brother, to worship at the foot of the system that oppresses him. It is this twisted love that must be torn out of him. It is this idolatry of the whip before which he kneels, this panting to know who his superior and who his inferiors are, this love of a vast order that allows him to be lost in its wonders, to gaze in awe at the empire of tomorrow which builds its own tombs today, that must be broken. These are his gods and he must kill them within himself to be free.

The Exodus is not the story of the emergence of free men who were enslaved, but the slow painful process by which slaves became a nation of free men, a long troubled journey which has not yet ended. That is why we celebrate Passover, not as an event of the past, but as of a road that we still travel, a long journey from slavery to freedom.

Having escaped from Pharaoh, they built a glittering calf, and having left the desert behind, they sought out a king. Every idol and tyrant was another token of slavery, a desire to put one’s ear up against the doorpost and become slaves for life. The idols have changed, but their meaning has not. There is still the pursuit of the master, the master of international law, of a global state, the gods of the superstate who rule over the present and the future and dispose of the lives of men.

There are far too many synagogues that worship the Democratic Party, rather than G-d, that bow to the ghost of FDR, the glittering echoes of Harry, Adlai and John, and the great golden statue of Hope and Change squatting obscenely over it all. And in Jerusalem far too many eyes look longingly to Washington and to Brussels, to the cities on the hill which offer order, truth and peace. 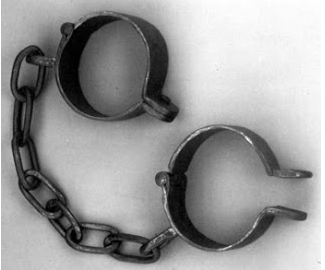 It is easy to slip into this kind of slavery. The pyramids are grand, the slogans are clever and the future seems assured. It is only when the dusty messenger comes along to whisper that “He has remembered”. that those who have not forgotten gather and some among those who have forgotten, remember that they are slaves.

In Egypt the system of the state had to be smashed, but not simply smashed, but discredited. It could not be a mere contest of power, but of reason. The war between slavery and freedom could not end until the system of slavery had become ridiculous, until Pharaoh appeared a buffoon and his power no more than organized madness. And yet even so for a generation liberated from slavery, this majestic system, the only one they had ever known, remained their template, and in times of crisis, their immediate instinct was to retreat back to the only civilization they had known.

The slavery of the present is a more subtle thing. It grips the mind more tightly than the body. It still remembers that men enslave themselves best. It knows also that true power comes from making all complicit in its crimes so that they are also complicit in their own degradation. The system only asks that each man enslave himself and kill his own children. And once he has done that, he will only feel it right to demand that everyone else do likewise.

Do it for the environment, for social justice, for the Pharaoh of every age and his ideology. Enslave your mind. Kill your children.

This is the slavery of the system. It requires few whips and many words. It nudges men to be their own taskmasters and to reach out their hands to the new Pharaoh in the hope that he will save them. It is this slavery which is so pervasive, which Passover wakes us from, if it has not already been perverted into the Passover of the system, into civil rights seders and eco-matzas with donations to Planned Parenthood which will do what the midwives did not, if has not become yet another tribute to the Pharaoh of Hope and Change.

“Once we were slaves,” the ancient words call on us to remember that we have been freed. That it is no longer Pharaoh who enslaves us, but we who enslave ourselves. “Now we are free men.” But what is freedom really? Is it the freedom of the system or the freedom of the self? The system proclaims that they are one and the same. And that is the great lie which ends in death.

Like the slaves of ancient Egypt, we are shaken, dragged out of our everyday routine and commanded to be free. But how do you command men and women to be free? You can lead them through the habits of free men and women who think of themselves as kings and queens, who drink wine while reclining, who sing loudly in defiance of all oppressors, who boldly proclaim “Next year in Jerusalem” while the Pharaoh of Hope and Change bares his teeth at Jews living in Jerusalem.

You can unroll the scroll of history and show them how they were taken out, but all this routine is useless unless they understand and are sensible that they are free. Free not in their habits, but in their minds. Ritual is the gateway to a state of mind. A ritual of freedom only succeeds when it invokes a state of mental freedom. Otherwise it is a rite, a practice, a habit whose codes may help some future generation unlock its meaning, but which means little today. 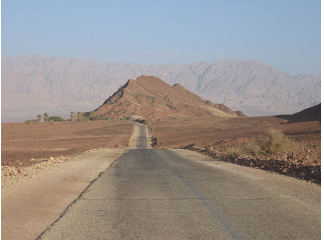 Passover is the beginning and the end. It is the start of the journey and the end of it and we are always in the middle, on the long road out of Egypt, discovering that there are more chains in our minds than we realized a year earlier or a hundred or a thousand years ago. Each step we take toward freedom also reminds us of how far we still have to go.

It is the ritual that reminds us that we are still on the journey, that though we have been lulled by the routine of the system, the trap of the present that like the soothing warmth of an ice storm or the peaceful feeling of a drowning swimmer, embraces us in the forgetfulness of the dying moment, concealing from us the truth that the journey is not over. The desert still lies before us.

This journey is the human journey. It is the recreation of what mankind lost when it defied G-d, when it turned with weapons on each other, when it built towers, created systems and tried to climb to heaven on the backs of slaves and pyramids. It is a transformative road that requires us to not only endure, but to learn.

Surrounded by willing slaves who preach the creed of slavery, we must speak for freedom. Though few seem to remember the journey or the chains, it is our duty to remind ourselves. The message of Passover fully begins only when the holiday ends and its habits carry over into our daily lives. Once we were slaves, now we are free.

Hope For The Beginning Of Real Change On The Border