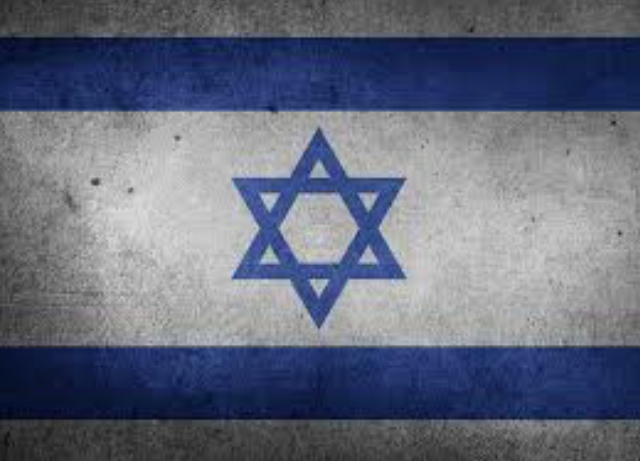 On March 23, 2017, Senators had a simple choice to make. On one side was J Street; an anti-Israel pressure group that had hosted BDS activists and opposed Israel’s right to defend itself. On the other was Ambassador David Friedman, the first pro-Israel nominee in decades.

And the choice was made.

Every Democrat chose to stand with J Street with only two exceptions; Senator Robert Menendez, the last pro-national defense Democrat, and Senator Manchin.

There could hardly be a better demonstration of the descent into the fever swamps of anti-Israel politics then their decision to stand with an anti-Israel hate group whose Muslim-led student arm is waging war on campuses against the Zionist “occupation”.

Senator Schatz, who weaseled his way into his office when the Governor of Hawaii decided to appoint his minion to the job, was first in line. Schatz sniveled that Republicans had come out against Obama’s Iran deal which provided billions to terrorists. Schatz spent 5 minutes lying like a rug. Then he accused Ambassador Friedman of not being “objective” about whether Islamic terrorists destroy Israel or not.

“I take a back seat to no one in my personal and professional passion for the United States-Israel relationship,” he whined. There isn’t a seat far back enough on the longest bus in the world.

Schatz is backed by J Street. The Anti-Israel group’s PAC actively fundraised for him. It even solicited volunteers for him. J Street PAC was No. 2 in Schatz’s top 5 contributors. Brian Schatz sold his hardly used soul for a low six figures. And George Soros probably overpaid for a worthless product.

But Schatz rewarded the anti-Israel group with his undying loyalty. He joined the boycott of Netanyahu’s speech and vocally backed the deal that protects Iran’s nuclear program and pours billions into its terrorist machine. While Schatz bemoaned Ambassador Friedman’s criticism of the anti-Israel group that owned him, he did not utter its name. “J Street”, like Rumpelstiltskin or Voldemort, could not be voiced.

Next up was Senator Udall of New Mexico. Politics is the Udall family business. Udall’s father and uncle were congressmen. His cousin was a senator. J Street’s cash made it Udall’s third biggest donor. Udall was the second biggest recipient of J Street checks in the ’14 election cycle.

$157,310. That was what Udall got from the anti-Israel lobby. Now it was time for him to dance for J Street’s dirty money. And dance, he did.

Udall, who had voted to confirm numerous Obama ambassadors whose only qualifications had been their six figure checks, bemoaned Friedman’s lack of “diplomatic experience”. But he had voted for a soap opera producer who couldn’t name a strategic interest in Hungary as ambassador to Hungary.

The other Senator from J Street sputtered that Jews living in “settlements” on territory claimed by Islamic terrorists were an “obstacle to peace.” And then Udall did what Schatz had been too cowardly to do. The puppet named the puppeteer. The slave spoke the name of his master on the Senate floor.

“Most horrific, he said: J-Street supporters . . . are far worse than kapos,” Udall blithered.

Above all else a man who criticized Udall’s paymasters could not be tolerated. Why not? Because J Street signs the checks. And if J Street’s haters are kapos, what does that make him?

Franken had moved from comedy to politics because he was only unintentionally funny. The author of Rush Limbaugh Is a Big Fat Idiot and Lies: And the Lying Liars Who Tell Them lectured that, “Diplomacy means not resorting to insults and to name-calling when you have a disagreement.”

And Ambassador Friedman had insulted the nice men and women whom Franken hoped would write him a nice big check so he could go on being Senator Franken instead of having to play Stuart Smalley on a nostalgia cruise where he would be sharing equal billing with Legionnaire’s Disease. “Mr. Friedman,” Franken lisped, “called supporters of the American Jewish Organization J Street ’far worse than kapos.’”

Schatz and Udall had been satisfied with noting the grave insult to their paymaster and moving on. But Franken was auditioning and so he went all out singing the praises of J Street.

“J Street is a pro-Israel organization dedicated to the two-state solution,” Franken flattered. Insulting J Street members was a “calumny” and should be a “disqualifier”. It was “profoundly insensitive”. If J Street doesn’t send Franken a check after this, its terrorist supporters have hearts like stones.

“Mr. Friedman’s offensive remarks don’t stop there,” Senator Franken huffed. “He even called me a clown and a moron.”

There’s no doubt that Ambassador Friedman’s remarks were deeply offensive to clowns and morons. The clown and moron community deserves an apology for being compared to Senator Franken.

But why did Friedman call Franken a clown and a moron? It was over Franken’s attacks on a Trump ad critical of George Soros. Soros helped fund J Street.

After Franken had made his appeal for J Street money, it was back to those senators lucky enough to already be riding the anti-Israel lobby’s gravy train.

Senator Leahy (J Street PAC – $44,588) got up to denounce the insult to J Street without actually naming his 3rd biggest donor. “We all want what is best for the American people,” he sniveled.

Leahy’s definition of the “American people” is a left-wing Hungarian billionaire.

Senator Van Hollen (J Street PAC – $66,506) took a more unique approach by objecting to Friedman’s description of our Islamic “allies” as “cowards”, “hypocrites” and “freeloaders”. It could just as easily have been a description of Van Hollen and his cowardly, hypocritical, freeloading colleagues.

Senator Schumer betrayed his Jewish constituents. He sided with J Street. So did Senator Cardin. So did almost all of the rest. But this was what the Dems had become.

The contentious vote to confirm an ambassador is highly unusual.

This grotesque parade of hideous corruption was approved with unanimous consent when in a more honest time everyone involved in this would be sitting under spotlights in an interrogation room.

Senator McCain put up a fight over the soap opera ambassador. McCain asked her, “What are our strategic interests in Hungary?” The Bold and the Beautiful producer spewed gibberish. The vote came to the Senate floor. The Democrats who voted against Friedman voted for her. Franken, Schumer, Gillibrand, Udall, Schatz; the whole miserable gang of liars, scoundrels and hypocrites.

But it’s not our Ambassador to Hungary who matters, but the Hungarian who owns the Democrats.

Senate Dems ought to be made to answer why the choice of Ambassador to Israel should be determined by an anti-Israel pressure group funded by George Soros, a Hungarian billionaire who described his role in the Holocaust as “the most exciting time of my life”, and Consolacion Esdicul who works for a Hong Kong gambler? They ought to be made to answer why they stand with Soros and the PLO over Israel.

Susan Rice in Hot Water: Who Asked Her to Unmask Names?