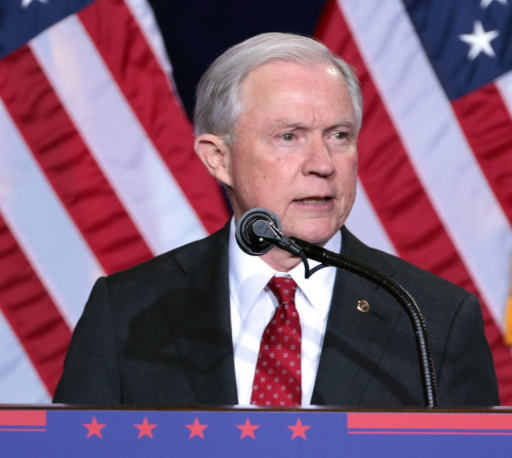 Attorney General Jeff Sessions’s decision this week to review concessions by local police departments accused of misconduct is part of a seismic shift at the Justice Department, which has quickly changed its emphasis under the Trump administration from protecting civil rights to promoting law and order.

Mr. Sessions is poised to be one of the most powerful members of President Donald Trump’s cabinet as the president seeks to dismantle President Barack Obama’s legacy on a wide range of issues, including criminal justice.

As the new administration struggles to repeal the Affordable Care Act and ban travelers from some Muslim-majority countries due to terrorism concerns, the former attorney general and prosecutor from Alabama, who has been immersed in justice-related issues for decades, has swiftly implemented a series of crime-fighting provisions while relaxing civil-rights initiatives.

In two months, Mr. Sessions has reversed the department’s withdrawal from for-profit prisons; pulled out from part of a major voting rights case in Texas; nixed federal guidance allowing transgender students to use the public bathrooms of their choice; threatened to withhold Justice Department funding from “sanctuary cities” that thwart cooperation with federal immigration officials; and ordered a crackdown on violent crime, potentially including attacks against police officers.

On Monday, Mr. Sessions sought to delay a pact with Baltimore aimed at curbing racially biased police tactics, and he ordered a review of similar deals with police departments.

Officials in Baltimore and Chicago vowed to stay the course in overhauling their police departments, but civil-liberties leaders say federal oversight is needed to root out excessive force and prevent harassment of minorities.

“This is supposed to be Department of Justice, not the Department of Law and Order,” said Marc Morial, president of the National Urban League. “The Justice Department of course is involved in crime reduction, but its fundamental mission is to protect the constitutional rights of the people of the United States.”

That’s not how everyone sees it. The department’s change in focus reflects the Republican administration’s more conservative view of government. “Local control and local accountability are necessary for effective local policing,” Mr. Sessions said in a memo released Monday. “It is not the responsibility of the federal government to monitor non-federal law-enforcement agencies.”

A spokeswoman for Mr. Sessions, Sarah Isgur Flores, declined to comment further. Mr. Sessions has suggested that the two dozen investigations by the Obama administration into police departments may have tied their hands, damaged morale and contributed to an increase in murders.

The violent crime rate increased by more than 3% from 2014 to 2015, and preliminary data from the FBI for 2016 suggests the trend is continuing, Mr. Sessions said in a recent speech to law-enforcement officers in Richmond.

Dean Angelo Sr., president of Chicago’s largest police union, has said he agrees with Mr. Sessions’s concerns that such federal intervention can hamper policing in a city struggling to combat a surge in violent crime.

The involvement of officers in any reforms, he added, “is more important than any federal oversight.”