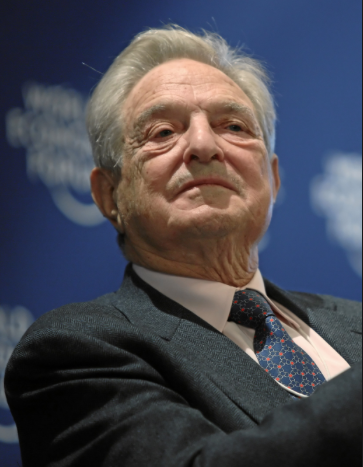 Soros, a U.S. citizen, uses a network of nonprofits and partner organizations across Europe to try and affect the outcomes of elections in foreign countries, the documents show. (RELATED: Soros Org Secretly Paid Salaries For Moldovan Prime Minister’s Staffers)

Through advocacy efforts, education campaigns and media influencing projects, Soros does his best to affect electoral outcomes around the globe in support of his open borders worldview.

Populist candidates opposed to mass immigration represent a direct threat to that worldview.

“The next EU elections might also bring more populists and extremists into the European Parliament, which could undermine all our achievements to date,” one internal OSF document cautioned. The document, marked “confidential,” appears to be from 2013.

OSF sent $35,000 to the Athena Institute for the express purpose of “Analyzing and reporting the 2014 European elections and countering extremist and populist political voices in Hungary.”

Another $49,930 went to the Institute for European Policy for “Naming and shaming populism in [the European Parliament] election campaign” in the Czech Republic, Hungary and Slovakia.

Another $27,049 was given to the Public Diplomacy Council of Catalonia for a workshop to influence “leading journalists and media practitioners from Europe” to change their coverage to prevent “populist, xenophobic and Eurosceptic movements.”

The stated aim of the workshop was to “trigger a change of attitude amongst journalists and media practitioners so that they will report about the EU in a way that does not directly promote the cause of these movements.”

An OSF spokesperson said the organization “has funded efforts to encourage voter participation and education, encourage policy innovation, and promote independent journalism to help make governments of all types more transparent and accountable to the people they serve. Open Society Foundations does not financially support candidates for public office.”

OSF may not financially support candidates for public office, but it is clear from the documents that OSF did support organizations who opposed candidates who clash with the OSF worldview.

A $46,840 grant to the Center for Peace Studies, for example, was meant to “stimulate public support and election turnout among ambivalent voters in order to prevent the election of xenophobic, racist, and other radical political options representing Croatia at the EU level.” Supporting restrictions on immigration is typically synonymous with “xenophobia” in OSF’s internal documents.

Another $100,000 went to UNITED for Intercultural Action to “counter the election [of European Members of Parliament] from populist and far-right parties in Europe.”

A Look Back at PolitiChicks Commentary About Syria From 2013

AG Jeff Sessions Off to Major Start in Cleaning Up DOJ