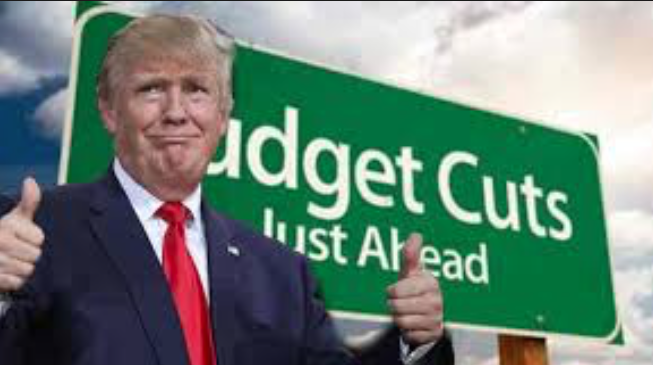 As the Trump administration prepares for some hefty budget cuts, certain government-aided organizations are panicking.  Social media is being flooded with articles and memes claiming President Trump is trying to destroy the arts, kill Big Bird, and take away Meals for Wheels.  All that noise makes it difficult for regular Americans to get to the actual truth.

Here are a few counter-stories to some of the misleading “sky is falling” things you might’ve seen and heard.

Logan Albright at Conservative Review writes about cuts to NPR and PBS:

Budget hawks will be quick to point out that $445 million is but a fraction of a drop in the proverbial bucket of government spending, and it’s true. But no one is claiming that cutting public broadcasting will balance the budget. The question we should be asking is, “Why are we funding it in the first place?”

State-funded media suffer from one glaring, common problem: Someone — a central authority — gets to decide what kind of content is appropriate for the public, and what isn’t. As taxpayers, we cannot withhold our money if we object (or, are indifferent) to what we see — we have to pay for it regardless.

In most countries, this is called propaganda; the populace is fed what the government wants them to see. While public broadcasting in America is generally more benign than the term “propaganda” implies — focusing mainly on classical music and educational programming rather than fictional glorifications of Dear Leader — national media are nevertheless contrary to the American principles of a free press.

But what will happen to all that beloved programming on PBS and NPR if the federal government doesn’t pay for it? What about “Sesame Street”? What about “A Prairie Home Companion”? Should we just let these things wither on the vine? There are two responses to these concerns.

The first is that, if something really is popular, it will survive just fine without government having to force people to fund it.

“Sesame Street” is widely watched. It is certain that advertisers would be willing to sponsor it. Or, if you are among those who feel some moral objection to advertising in children’s shows, is there any reason to believe that donations couldn’t sustain the program? PBS and NPR already receive a majority of their funding from voluntary donations anyway — they are not suddenly going to disappear without the federal government as a backstop.

Claiming that “the poor” need to listen to a particular type of music in order to better themselves is not based on anything but a false sense of superiority and a desire to impose one person’s tastes on others.

The second answer to the above question is simply “Yes,” things that no one is willing to pay for should be allowed to end.

There is no such thing as objective value in a television show or a radio program. The only value they have is in the subjective opinions of the viewers and listeners. If you have to use the force of taxation to keep a show running, it means that you are subsidizing the preferences of a few at the expense of everyone else.

Regarding budget cuts National Endowments for the Arts, the NEA has been scandal-ridden for years including laying off their employees while board directors continually to profit mightily.  From Artnet News:

Following months of rumors and speculation, a highly critical New York Times story in early February that posed the question: “Is The Met A Great Institution In Decline?,” seemed to have spurred some immediate action.

Weeks later, on February 28, reportedly following a board meeting, artnet News received a press release from the Met stating that director Thomas Campbell, who took up the position in early 2009, would step down in June.

On March 13, the New York Post published another cringe-inducing story, outlining the hefty pay and bonuses awarded to the museum’s top brass “despite a looming deficit that threatened to reach $40 million.”

The report, based on a copy of the Met’s 2015 federal tax filings obtained by the Post, says the museum was already losing millions when Daniel Weiss took up the title of president in 2015. Weiss “still got a $300,000 bonus for less than half a year on the job… In fact Weiss’s total compensation for six months of work came to $818,112, which included a salary of $327,931 and a housing allowance for his Park Avenue apartment,” the Post wrote.

Campbell resides across the street from the museum in a four-bedroom, four-bath Fifth Avenue apartment provided by the museum.

After museum executives raised concerns about growing deficits, they announced cutbacks which included staff reductions and reducing the number of special exhibitions, but still ended the 2016 year with an $8.3 million deficit, the Post notes.

A total of 34 employees were laid off last September, and 50 staff members took buyouts.

Finally, there have been countless stories (aka #FakeNews) about Meals-on-Wheels cuts, accusing the Trump administration basically of taking food out of people’s mouths.  The truth is much easier to swallow, and makes sense.

The story that Trump’s budget would kill the Meals on Wheels program was too good to check. But it was false.

It made for great copy — irresistibly clickable and compulsively shareable. “Trump’s Budget Would Kill a Program That Feeds 2.4 Million Senior Citizens,” blared Time’s headline. “Trump Proposed Budget Eliminates Funds for Meals on Wheels,” claimed The Hill, in a piece that got 26,000 shares.

But it was false. And it wouldn’t have taken long for reporters to find and provide some needed context to the relationship between federal block grant programs, specifically Community Development Block Grants (CDBG), and the popular Meals on Wheels program.

I started on the organization’s own website. From Thursday’s conversation in the press, it was easy to assume that block grant programs — CDBG and similar block grants for community services and social services — are the main source of federal funding for Meals on Wheels. Not so.

Instead, as the national site explains, the major source of federal funding for the programs, accounting for 35 percent of overall local budgets, comes through the Sixties-era Older Americans Act. (Local programs also obtain support from state and county governments, private donors, and so on.)

According to the website, cuts have not been announced in Older Americans Act funding, although the group fears that they may lie ahead.

So where do the federal block grant programs come in? Well, they give states and localities a lot of discretion on where to allocate the money. One option is to add money to supplement Meals on Wheels funding. Some do use it for that purpose. But as Scott Shackford makes clear in his new piece for Reason, that isn’t what CDBG is mostly about. CDBG funds regularly go into pork-barrel and business-subsidy schemes with a cronyish flavor. That’s why the program has been a prime target for budget-cutters for decades, in administration after administration.

Overall a good rule of thumb to remember regarding anything government-run and/or government-sponsored, they aren’t necessarily using checks and balances to ensure funding is being allocated wisely.  Planned Parenthood, we are hoping you’re next.

Why Can't All Media Be As Fearlessly Un-PC as the Country Music Industry?