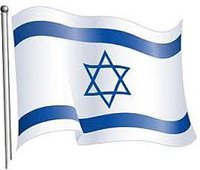 The U.S. delegation to the United Nations’ Human Rights Council will boycott the group over its perceived anti-Israel bias.

“The UNHRC (United Nation’s Human Rights Council,), which includes member countries cited for mass human rights abuses, is poised on Monday to adopt at least five anti-Israel resolutions, prompting outrage in the Trump administration over what officials described as the council’s unjust bias against the Jewish state.”

The U.S. delegation will not be present at Monday’s meeting, according to the report.

“An administration official said the goal is to rob the council of its legitimacy until it either withers and dies or changes its tune on Israel.”

The argument that the U.S. has to participate in bodies like the United Nations Human Rights Council or risk losing our influence over it is ridiculous,” said one senior administration official. “The UNHRC is, like its predecessor, morally bankrupt and the only good news is that its actions have little practical effect in the real world. We’ve wasted enough time and money on it.”

Trump officials plan to vote against any anti-Israel resolution in the UN, according to the report.