I’ve got some serious trust issues with the Establishment GOP.  And the Obamacare battle isn’t helping.

Call it RINOcare, RyanCare, TrumpCare, Obamacare Lite or ObamaCare 2.0, but House Bill 277 is not a full repeal of Obamacare.  Instead, it is replacement legislation that House Leader Paul Ryan brags has taken him 20 years to craft.  Like that is a good thing.

Thanks to the Establishment and Ryan’s legal crafting, the American Health Care Reform Act of 2017 is too long and complex for most people to read over morning coffee.  I debated pulling on my legal waders to figure out the pros and the cons of the so-called Ryan Plan.  But many others have already done so.

Here’s the bottom line: only the Establishment Republicans are happy with this bill.  You know, those good old boys who’ve been yammering over the last eight years that if only they had just a few more House seats or Senate seats or the White House, THEN they could finally drive a stake through Obamacare’s heart.  Ironically, I can more easily trust Democrats to deliver on their radical, American-hating agenda that I can count on the Republicans to fight for anything.  And that’s why many Americans voted for Donald Trump for president.

Fifty-two times congressional Republicans sent bills repealing Obamacare up capital hill challenging President Barack Hussein Obama.  Now, instead of seizing this moment and sending that same bill to President Trump, they are introducing 20 years’ worth of crafted legislation to shift power from Washington to insurance companies and nibble around the edges of the biggest entitlement program since the Depression.  They obviously do not understand why Donald Trump won the White House.

These good old boys are precisely the reason why anti-Establishment political neophyte Donald Trump beat the Dowager Empress Hillary Clinton like a rented mule in the November presidential election.  Yet, despite this epic rejection of ObamaCare and Democrat big government policies, the GOP seems fearful that a full repeal might hurt their reelection prospects in 2018.

Texas Senator Ted Cruz has laid out how to complete a “free market repeal” of Obamacare using reconciliation with 51 votes and without risking a filibuster in the Senate:

Senate Democrats have made clear that they will filibuster any attempts to repeal Obamacare, so the only way to get it done is to use a procedural vehicle that can’t be filibustered. Budget reconciliation—a special procedure that by statute requires only 51 votes to clear the Senate—fits the bill. The hurdle is that budget reconciliation is governed by complicated procedural rules; only legislation that is budgetary in nature is permissible. And it is the Senate parliamentarian who typically decides whether a given proposal is allowed on reconciliation.

In 2015, Congress passed language on reconciliation repealing most of Obamacare. Virtually every Republican in Congress voted for that language, and the parliamentarian has already ruled it as permissible. We should begin with that previously approved repeal language as the baseline. 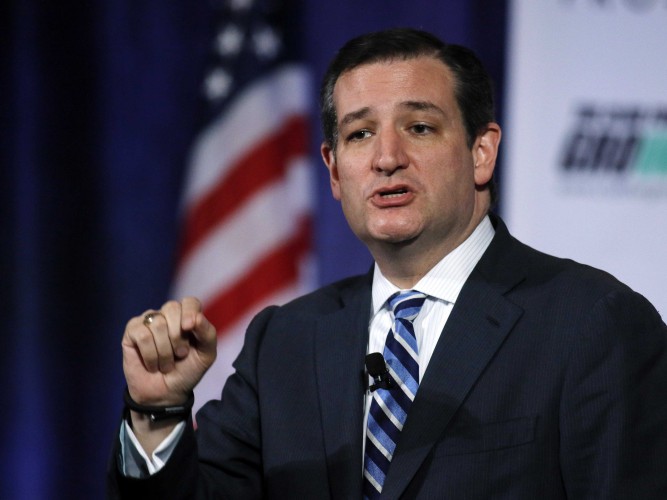 Nevertheless, the GOP is still hiding behind the skirts of the unelected Senate Parliamentarian to avoid a full repeal of Obamacare as promised.  Here’s how Chip Roy put it:

Congress has promised to fully repeal this catastrophic law for nearly eight years. Now that they control all levers of power, they are hiding behind excuses and procedural theory to avoid making good on their promises [by blaming the parliamentarian]….

Congressional leaders are putting the hypothetical opinion of an unelected Senate employee above the promises they made to the American people, above the preservation of America’s crumbling health-care system, and above the quality of their constituents’ health care—all as an excuse to avoid taking a consequential vote and doing the right thing for all Americans.

After a full repeal of Obamacare, its insurance regulations and individual mandates, Cruz urges the GOP to rally Congress around the following “six areas of consensus” to restore the free market and reduce cost of insurance:

If the 2016 election showed anything it is that we are tired of trusting the Washington Establishment.  In multiple election cycles over the last eight years, millions of Americans have voted on a simple, understandable campaign promise to REPEAL Obamacare.  Time and time and time again GOP leadership Ryan/Boehner/McConnell have come back to us, hat in hand, explaining how close we were and asking for more.  More Money.  More Time.  More Votes.  More Trust.  We have fulfilled our part of that bargain.