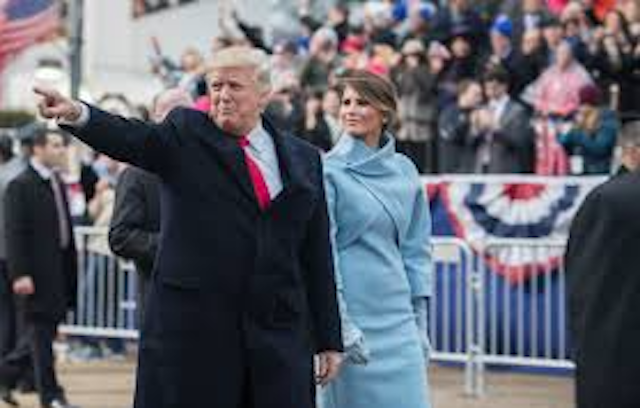 Donald Trump symbolized to many this last election cycle the idea that America Exceptionalism was based on the opportunity that a free society affords. Touting his ideas on deregulation and tax reform, he promised to millions of voters that he was intent on freeing American industry to not just compete, but prosper in the global economy.

Many, who attacked the Republican nominee on inconsistencies regarding several issues like Healthcare and immigration, including myself, could agree that Trump in theory should be a good bet to bring about job creating policies that benefit the private sector.

RINO’s and policy wonks continually attempt to force down our throats the idea that the system is too big for real reform. Citing progressive arguments and the weight of already bloated liability, they reject the idea that the already proven method of lowering taxes works in favor of policies closer in resemblance to socialist countries.

During the campaign, Trump declared in Gettysburg, PA the clearest outline of his economic plans for the first 100 days of the campaign. Beyond the intention to withdraw America from unfavorable bilateral trade deals, he specifically called for comprehensive tax reform.

Citing a tax cut on corporations of more than half to 15%, and a simplified, 3-Bracket tax plan for individuals many voted for Trump with the understanding that cost effective and more manageable entrepreneurship was a sure bet.

Under the business conditions created by the Obama Administration a study released by UBS in July 2016 said wealthy Americans are keeping around 20 percent of their portfolios in cash due to risk and uncertainty. This trend has hindered that backbone of the American job market, small businesses.

After last week’s train-wreck that was The American Healthcare Act, Trump needs to show that he can get other parts of his agenda moved along and passed with enough bi-partisan support as to not alarm undecided voters and create a bigger backlash with approval ratings already floundering at historically low levels.

Perception will and should turn into a harsh reality for the Moderate Republicans this midterm if they can’t work to deliver exactly what was promised on the campaign trail. They have an important opportunity here to change that perception by simply working with the President on what should be the next major initiative, Tax Reform. The Conservative members of the House of Representatives that were unfairly demonized, under a false premise that they somehow blocked the effort to “repeal Obamacare” are setting the bar of what the expectations are for acceptable legislation. The flexed their muscle on the healthcare fight and should strive to continue to be a force to be reckoned with on all issues going forward.

Ex-Muslim Asks: Can I Criticize Islam Without Fearing for My Life?