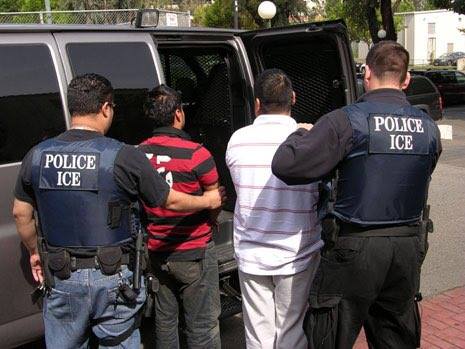 President Trump is certainly living up to his campaign promise of cracking down on ‘illegal immigration’– as it certainly was a key issue for him during the election.

One of the administration’s immigration strategies is to ‘spotlight’ some names in its efforts to shame local jails that refuse to hold illegal immigrants, including Travis County, Texas.

“The administration released a list of 206 cases of immigrants released from custody before federal agents could intervene. Roughly two-thirds were from Travis County.
The 206 figure is somewhat murky. It doesn’t represent all the cases in which immigration authorities sought custody of people facing criminal charges, with major cities like New York and Los Angeles underrepresented on the list. It’s also unclear what period it covers. The cases were identified by the administration between Jan. 28 and Feb. 3, but most of the detention requests had been made before then, as far back as early 2014. Also unclear is the status of the immigrants — whether some are in federal or state custody.

The release of the list by Immigration and Customs Enforcement (ICE) was prompted by an executive order signed by President Donald Trump in January. That order called on the government to document which local jurisdictions aren’t cooperating with federal efforts to find and deport immigrants in the country illegally.”

Trump has said he plans to crack down on so-called “sanctuary cities” and other jurisdictions that do not cooperate with immigration authorities and has threatened to eliminate access to some federal grants. He also plans to restart the Secure Communities program that used fingerprints collected in local jails and shared with the FBI to identify immigrants who could face deportation. The program was scrapped under the Obama administration amid multiple court challenges and widespread complaints that it resulted in the deportations of people accused of only low-level offenses.