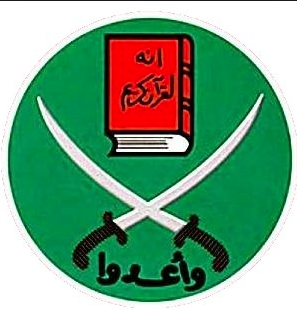 President Trump has — for the time being — put on the back burner an executive order designating the Muslim Brotherhood a terrorist organization, according to U.S. officials close to a heated debate inside the administration over the status of the global Islamist movement.

While the White House has declined to comment publicly, officials speaking on condition of anonymity say the administration backed down from a plan to designate the Brotherhood last month after an internal State Department memo advised against it because of the movement’s loose-knit structure and far-flung political ties across the Middle East.

The memo “explained that there’s not one monolithic Muslim Brotherhood,” according to one of the officials, who told The Washington Times that while the movement may well be tied to such bona fide terrorist groups as Hamas, its more legitimate political activities would complicate the terrorist designation process.

The Brotherhood has prominent political factions engaged — at least perfunctorily — in democracy in Jordan, Morocco, Tunisia and several other Muslim-majority nations, and the State Department memo coincided with high-level pressure placed on the Trump administration from at least one of them.

Senior diplomats from Jordan — a close U.S. ally — are believed to have weighed in heavily against the idea of adding the Brotherhood to the State Department’s foreign terrorist organizations list, said the official, because the movement’s political arm in Amman currently holds 16 Jordanian parliament seats.

But debate over the Brotherhood’s status remains biting in Washington, where hard-liners in the fight against radical Islamic terrorism say former President Barack Obama erred for years by failing to target the organization’s promotion of extremist ideology, and that President Trump is now badly fumbling a chance to rectify the situation.

A small but vocal group of Republicans on Capitol Hill is pushing legislation that would direct the State Department to either designate the Brotherhood, as well as the Iranian Revolutionary Guard Corps, as terrorist organizations or justify why they are being kept off the list.

“This potent threat to our civilization has intensified under the Obama administration due to the willful blindness of politically-correct policies that hamper our safety and security,” the Texas Republican said in a statement at the time.

“This bill would impose tough sanctions on a hateful group that has spread violence and spawned extremist movements throughout the Middle East,” added Mr. Diaz-Balart, Florida Republican.

While hard-line groups have rallied behind such assertions for years, the legislation also has a number of more moderate backers, including Qanta A. Ahmed, a Muslim British physician and author, who argues that the Brotherhood “birthed modern-day Islamism” as a “supremacist totalitarian ideology that seeks to undermine pluralist societies and impose hardline theocratic regimes.”

“Founded in Egypt in 1928 and with branches or affiliates in over 70 nations, the Muslim Brotherhood today masquerades as a legitimate Islamic institution and a benign democratic actor,” Ms. Ahmed argued in an article published this month by the National Review.

“It is neither,” she wrote, adding that the movement has “well-documented links to the financing of terrorism” and that “the United States should designate [it] as a foreign terrorist organization.”

Current and former State Department officials say those calling for the designation of a movement as broadly based as the Muslim Brotherhood are ignoring a host of complex factors that could undermine the designation’s legitimacy.

The Brotherhood, analysts say, exists as a vast and loosely knit political and social organization, with millions of followers and dozens of factions spread across the Muslim world.

Few question its promotion of Shariah or Islamic law, or that some of its followers have embraced terrorism — the most notable example being the Palestinian group Hamas, whose official charter calls for the destruction of Israel. Hamas was put on the terror list in 1997 and has stayed there since.

But away from Hamas, many Brotherhood leaders were known during the 1970s to renounce violence in favor of politics. And recent decades saw factions of the movement embrace democracy to gain legitimacy in various Middle East nations, as well as to try to topple dictatorships.

Following the 2011 overthrow of Egypt’s authoritarian President Hosni Mubarak, the Brotherhood was — albeit briefly — democratically elected to power in Cairo before the nation’s military ousted the movement’s national leader, Mohammed Morsi.

While several Gulf Arab monarchies view the Brotherhood as an internal political threat, the movement’s factions are seen as part of the democratic landscape in other places, including Turkey, where many see the ruling Justice and Development Party (AKP) as a distant Brotherhood affiliate.

“If you’re talking about just broadly listing the Muslim Brotherhood as a terrorist organization, you’re going to run quickly into a serious definitional problem,” says P.J. Crowley, who served as an assistant secretary of state for public affairs under President Obama.

“Certainly, if you look at Hamas, it’s part of the Muslim Brotherhood family,” Mr. Crowley told The Times. “But the Brotherhood is also a distant cousin of the AKP in Turkey, so once you start down that road, you get into an immediate problem that could create significant diplomatic issues. And what about Morocco, Jordan and Tunisia?

A report by NPR recently maintained that the Brotherhood became popular among Middle East university activists in the 1960s and 1970s — and when some immigrated to the United States with student visas, they brought the movement’s ideology with them.

“They were helped even by our State Department,” Hossein Goal, who emigrated from Iran during the period, told NPR. “They gave them sanctuary to come here.”

It follows that members of the movement had significant roles in establishing mosques, Islamic schools and other U.S.-based Muslim organizations. NPR suggested that, over the years, the situation fueled debate over the whether the movement’s true aim was to participate in American life or to advance an Islamist political agenda in the U.S.

One prominent U.S. Muslim organization says the push to get the Brotherhood listed as a terrorist organization today is a ruse. “We believe it is just a smokescreen for a witch hunt targeting the civil rights and civic participation of American Muslims,” said Ibrahim Hooper, a spokesman for the Council on American-Islamic Relations.

“Sponsors and supporters of the designation have for many years falsely linked the majority of mainstream American Muslim organizations and leaders to the Muslim Brotherhood,” Mr. Hooper told The Times. “[This] will inevitably be used in a political campaign to attack those same groups and individuals, to marginalize the American Muslim community and to demonize Islam.”

One of the strongest advocates for designating the Brotherhood says that’s nonsense.

“It is a terrorist organization,” says Frank Gaffney, who heads the Center for Security Policy think tank in Washington. “It’s the leading edge in this country and elsewhere in the West for Shariah supremacism.”