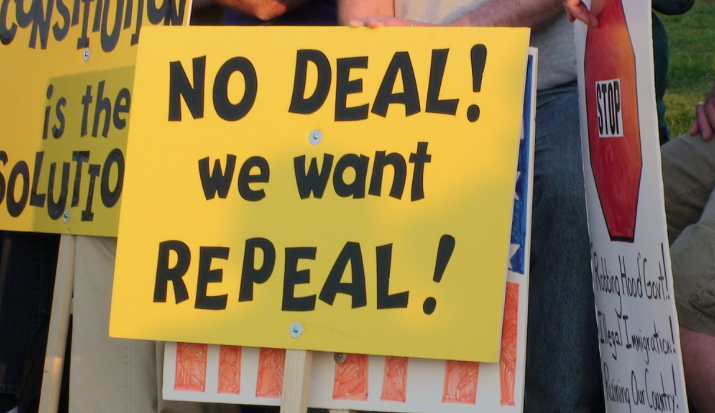 Since Obamacare was forced on the American people we conservatives worked hard to elect Republican candidates who promised us nothing less than full repeal of Obamacare.  After seven years we have secured Republican majorities in the House, Senate and now in the Executive Office.  It is extremely disappointing to hear the reforms being proposed such as the “three buckets” of legislation, and the excuses of how this cannot be done all at once.  They have had seven years to perfect a good plan to withdraw us off of Obamacare and return health insurance and health care into the hands of the people, doctors, insurance companies, and the free market.  We have fought too long and hard to see these promises not kept by our elected and “trusted” servants.

One thing we have learned, for those who didn’t consider or realize it before; health insurance is not health care.  Many middle class people have experienced premiums and deductibles so high they can never afford to see a doctor.  We are being told that premiums will not go down with what is being proposed and that in fact some will see their premiums continue to rise.

It seems like things were much better when we paid a reasonable premium for coverage we chose which met our needs and our budgets.  If we wanted more coverage or lower deductibles or co-pays we paid a premium for that.  If we chose to carry a catastrophic policy only and pay the rest of our medical costs out of pocket that was also an option.

Get government out of the health care business and return it to the free market.  The laws should be lifted that insist on mandated coverages even when people do not need or want them.  Allow insurance to be purchased across state lines.  Make insurance more competitive.

Congress should put the repeal on Trumps’ desk that they put on Obama’s desk.  This is what we elected them to do.